The default port for SSH on Linux systems is 22. There are a few reasons why you may want to change this to some other number. If multiple servers share the same IP address (behind a NAT configuration, for example) you usually can’t have them running SSH on the same port and expect to access them from outside the network.

The other big reason is security. Changing the SSH port would fall under “security through obscurity” which means that the security isn’t technically enhanced, but the SSH port has been obscured and isn’t as easy for attackers to access. In practice, this means that the thousands of bots scanning the internet for open SSH servers are a lot less likely to find yours.

In this article, we’ll take you through the step by step instructions of changing the default SSH port on Ubuntu Linux and CentOS Linux. Since Ubuntu is based on Debian, you can also apply the same instructions to other Debian based systems, like Linux Mint. CentOS is based on Red Hat, so its instructions can also be extended to Fedora and other similar Linux distributions. 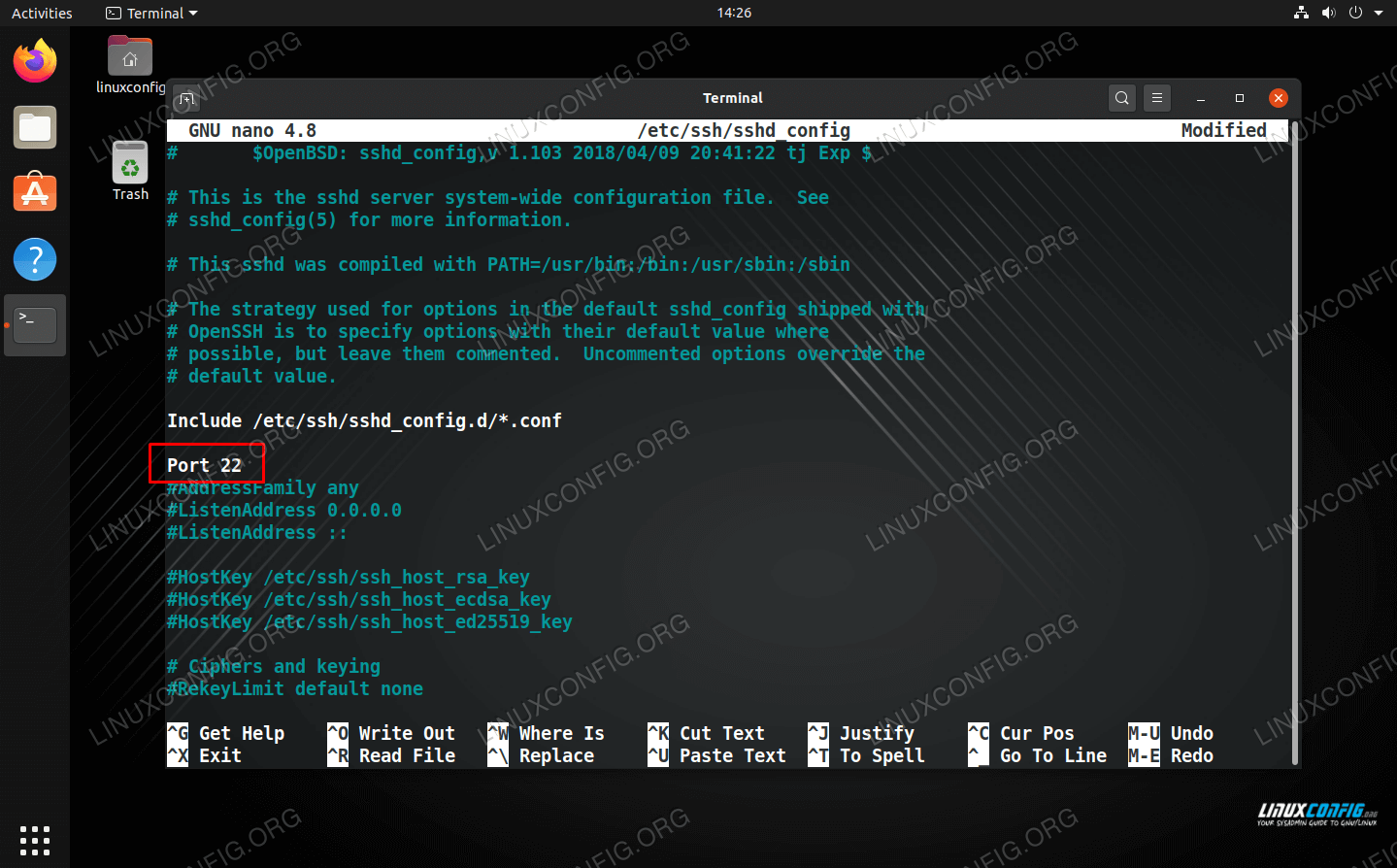 Open a command line terminal and follow along with the steps below to configure the SSH port on Ubuntu and other Debian based systems, as well as CentOS and other Red Hat based systems.

CentOS doesn’t use UFW by default, but if you happen to have it installed, make sure you also use the UFW command above.

In this guide, we saw how to change the default SSH port on Ubuntu and CentOS, as well as similar distributions. Following these steps will offer some security through obscurity and, if nothing else, cut down on the intrusion attempts constantly launched by bots around the world.