Of course, IP addresses are used when devices need to communicate with each other, but those can change frequently. Hostnames give us a way to know which device we’re interacting with either on the network or physically, without remembering a bunch of numbers that are subject to change. Thus, it’s important that your system bears a hostname which helps you to identify it quickly. For example, “backup-server” is much more informative than “server2.”

In this guide, we’ll show you how to change the hostname on Linux. This can be done via command line or from GUI, and we’ll be showing the methods for both. If you can’t easily identify a system’s purpose from the hostname, it’s time to change it. 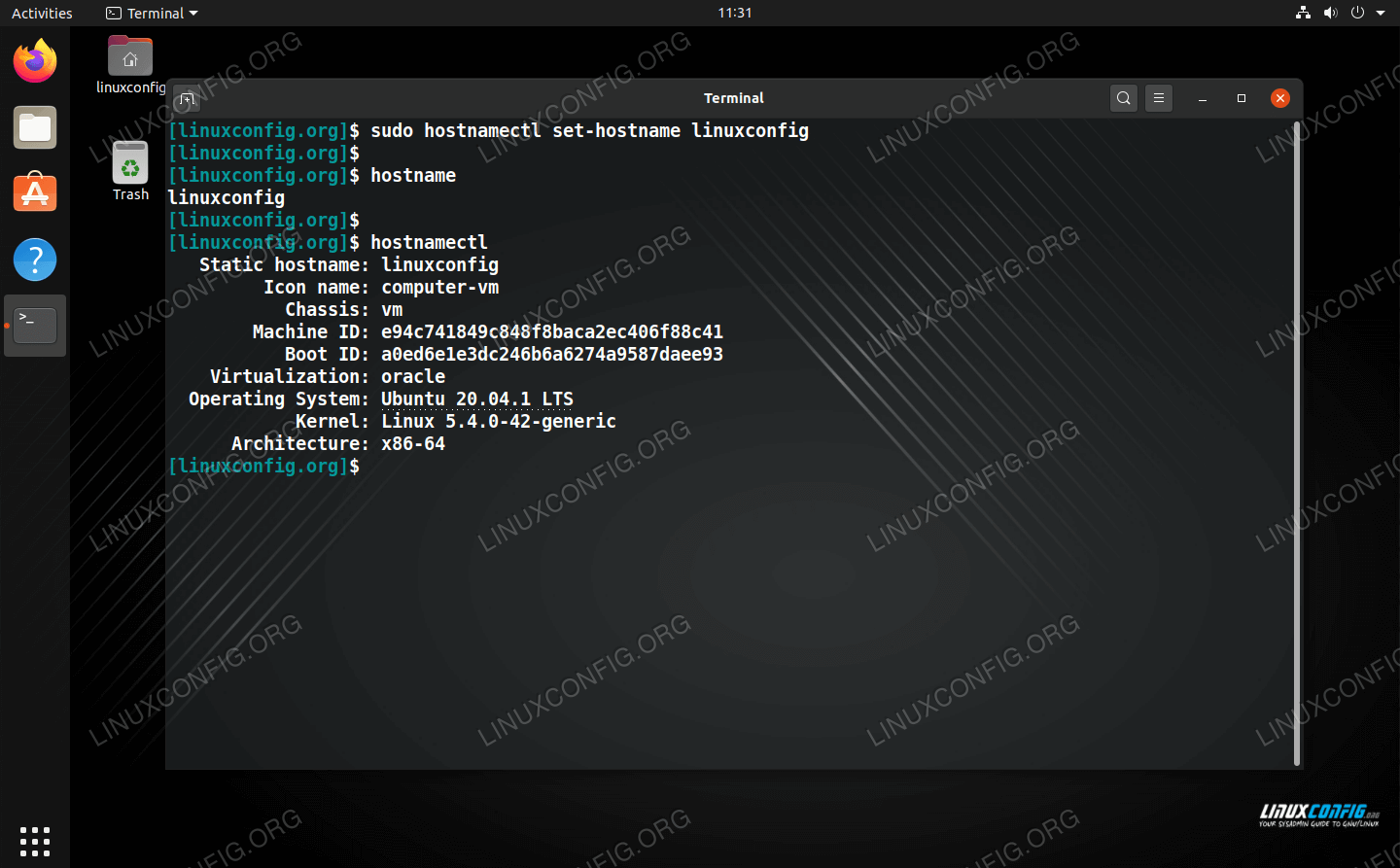 The following method will work on systems that use systemd (most of the popular Linux distros today). If your system uses init, we cover a separate method in the next section.

That’s all there is to it. But there are more command line methods to change the hostname than just this one. We cover more below.

An alternative method to the above instructions is to edit the following two files.

The last method for changing the hostname from command line is with the hostname command. In most environments, this only temporarily changes the name and it will revert once the system is rebooted. For example, to change the hostname to linuxconfig:

If you’re running the GNOME desktop environment and don’t wish to use the command line method, follow along with the steps below.

In this guide, we saw various methods for changing the hostname of a Linux system via command line and GUI. We also learned about the importance of picking an applicable hostname to assist in the easy identification of a system. Administrators can use these methods to ensure that they have a network of appropriately named devices.