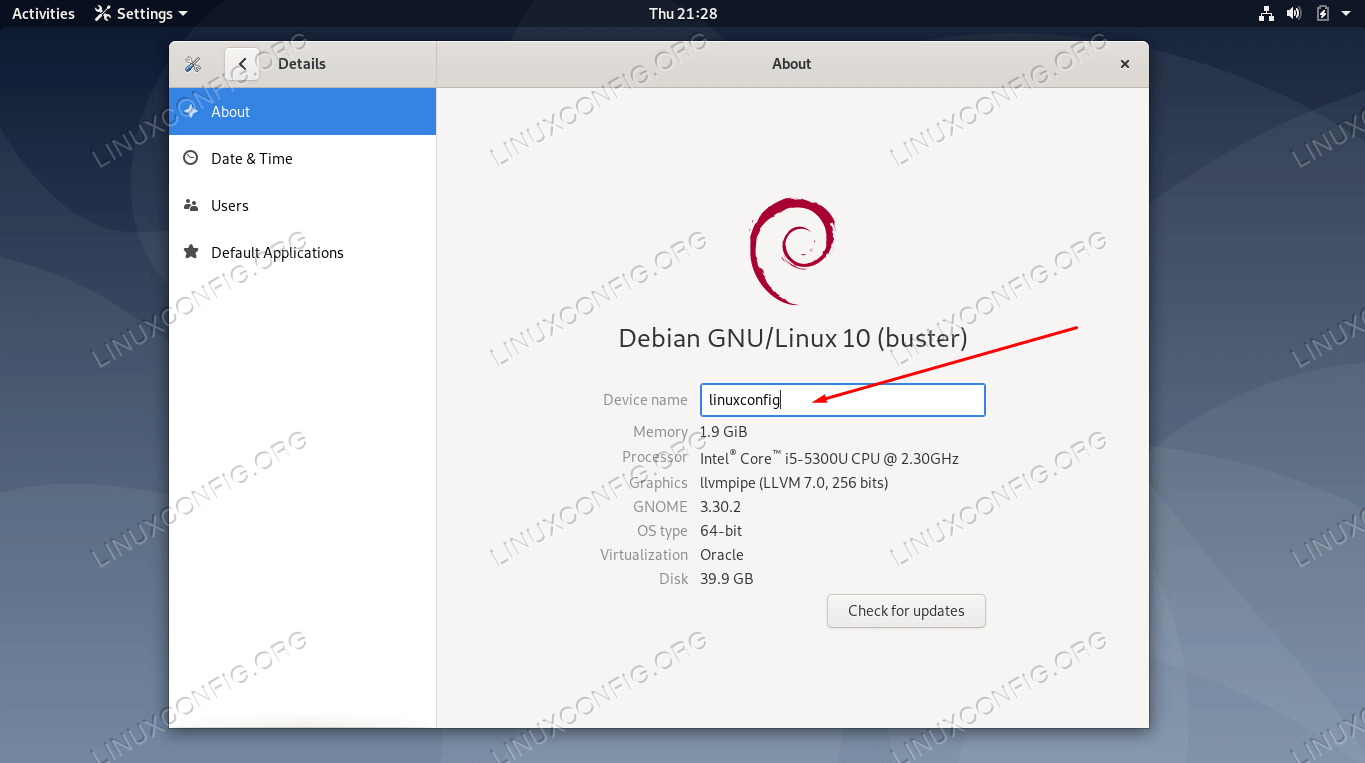 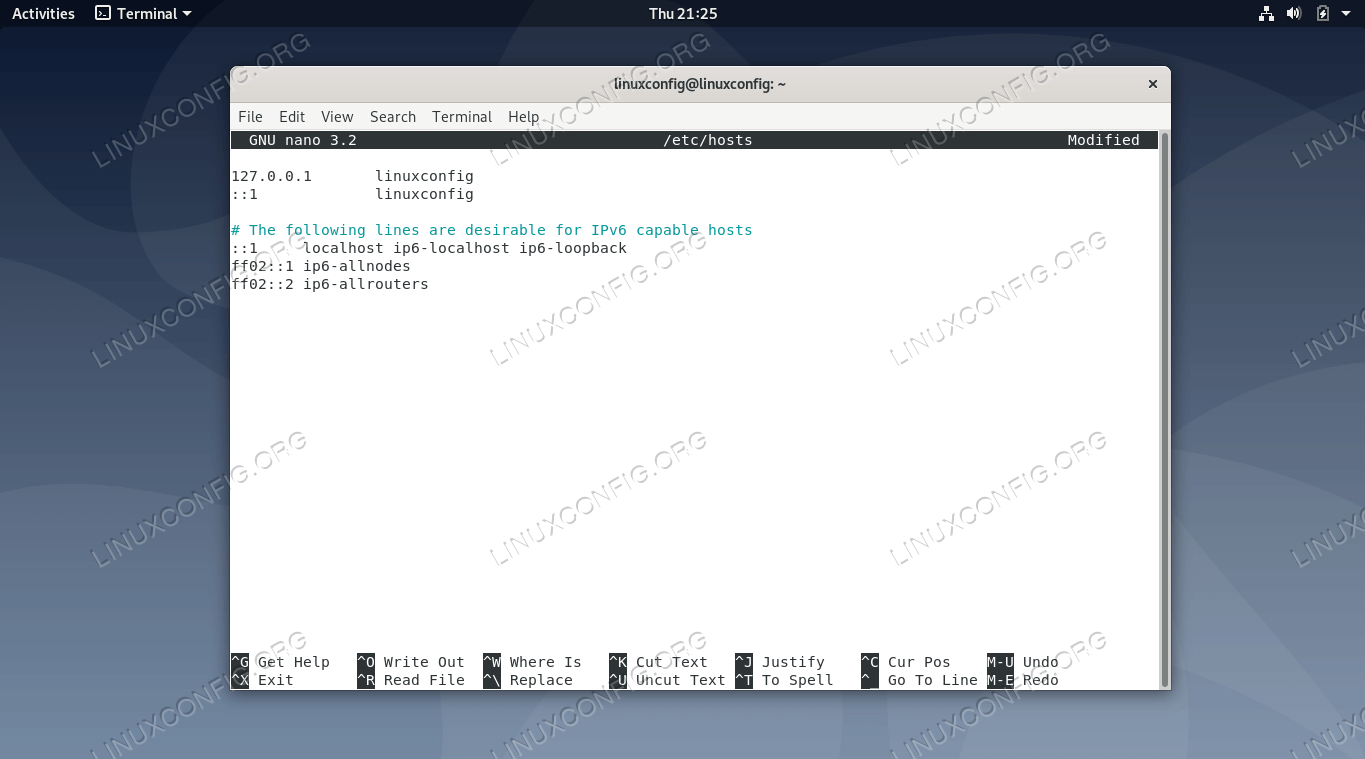 If you have GNOME GUI installed on Debian, you can use the following steps to change the system’s hostname.

Change the hostname via GUI

In this guide, we saw a command line and GUI method for changing the system hostname in Debian Linux. We also learned about the importance of picking an applicable hostname to assist in the easy identification of a system. Administrators can use these methods to ensure that their Debian computers have appropriate and easily identifiable hostnames.