Systemd has nowadays become the de facto standard init system for all the major Linux distributions.

In this tutorial we will see how to boot an Ubuntu 18.04 system into the emergency and rescue systemd targets, and what kind of environment they provide to the users.

Systemd has introduced the concept of targets which replaced the classic system runlevels.

As an example, what was know as runlevel 0 in SysV, which represents the halt state of the machine, is the equivalent of the systemd poweroff target.

Finally, runlevels 5 and 6, used respectively for the graphical mode and to reboot the system, have now been replaced by the graphical and reboot targets. The rescue and the similar emergency targets, are what we will talk about in this tutorial: they are very useful to fix some critical situations.

The emergency target is the most minimal environment the system can be booted in.

Once this target is reached, an emergency shell is started on the main console.

Other than that, only systemd itself is available to the user: only the root filesystem is mounted (in read-only mode) and no services are started (this would also mean that you will have no access to the network).

This is the target we are dropped in when the boot process cannot be successfully completed (when a filesystem check fails, for example).

How the emergency target is defined

To check how the emergency target is defined, we must inspect the dedicated systemd unit.

We can use the systemctl cat command to accomplish this task:

As we can see from the output above, the emergency.target requires the related emergency.service as a dependency. Let’s take a look at it too:

The definition of the service gives us very clear information.

First of all, the HOME environment variable is defined through the Environment keyword, and corresponds to the home directory of the root user.

This is also the working directory used by default when the emergency.target is reached.

When this service is started, the /lib/systemd/systemd-sulogin-shell executable is called, which, in turn, invokes /usr/sbin/sulogin, responsible for providing us a login for the single user shell.

To force the system to boot in to the emergency.target, we must modify the grub menu.

This is a very easy operation. When the grub menu appears, just select the first entry, and press e to edit: 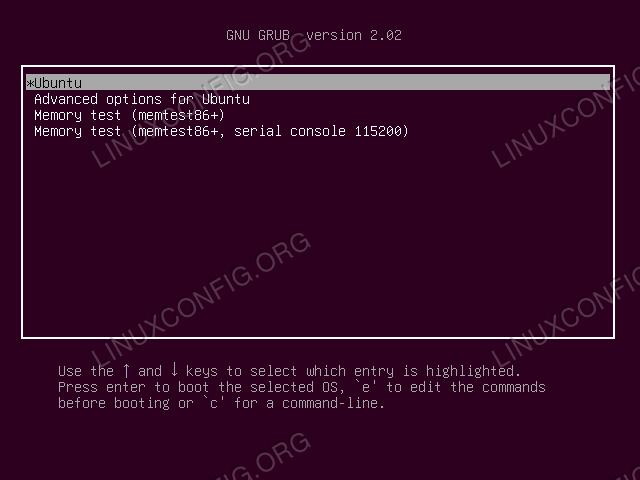 Once you press the e key, you will be able to modify the boot parameters and the kernel command line.

Search for the line starting with linux: 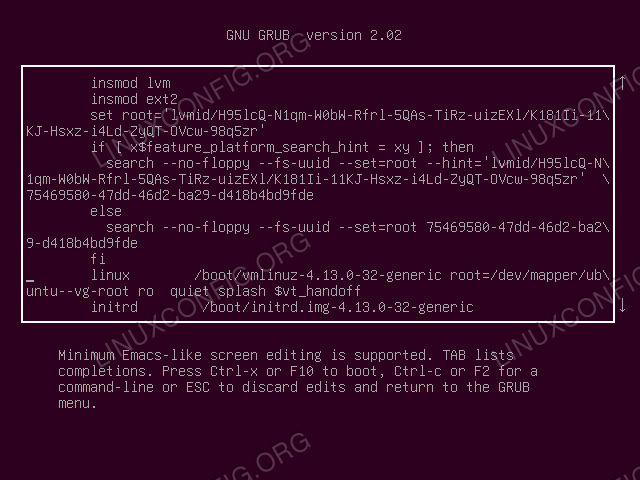 At this point, hit CTRL-e to reach the end of the line, delete $vt_handoff and add the systemd.unit=emergency.target directive (you can also just use emergency as an alias, for SysV compatibility), so that your line will look this way: 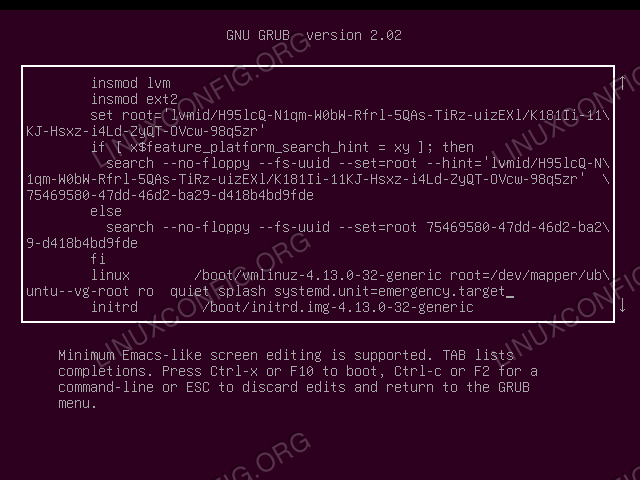 If you now press CTRL-x or F10, the system will boot in to emergency mode: 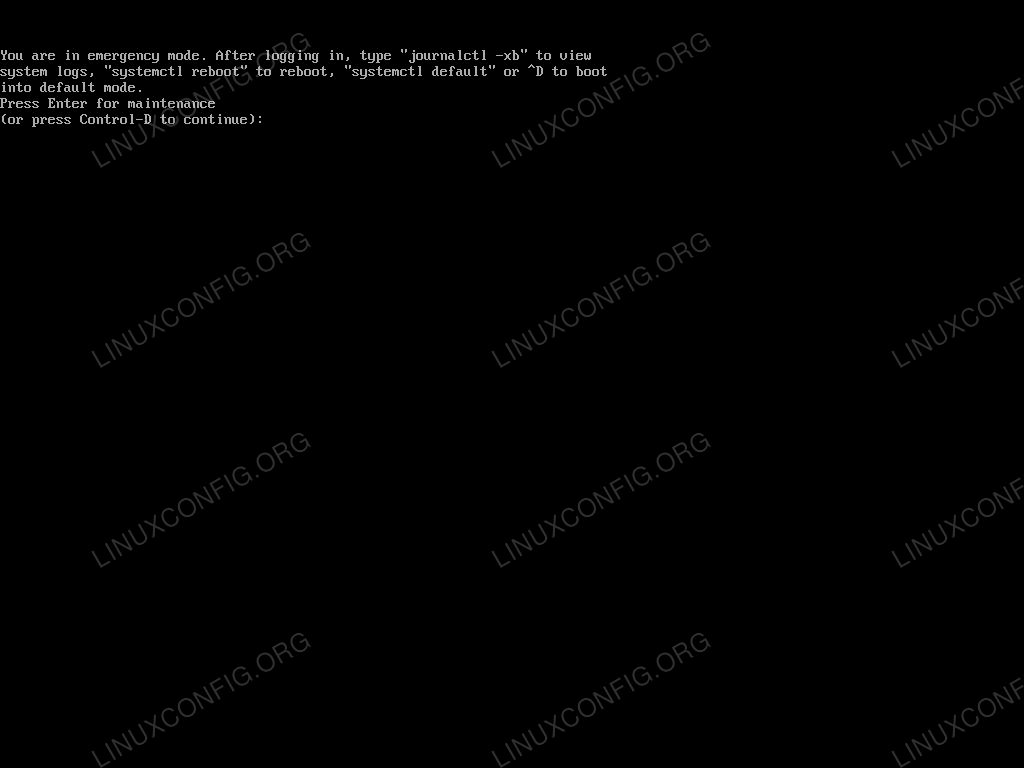 This is the systemd target that can be associated to the old single user mode.

Unlike what happens with the emergency.target, when this target is reached, the base system is pulled in: all filesystems are mounted and the most basic services are launched and made available to the user.

The former, just like the emergency.service, basically provides the single user login, while the latter pulls in the services required for the system initialization (unlike the emergency.target, the rescue.target is more than a simple shell).

The procedure to boot the system into rescue.target is the same we followed to make it boot into the emergency target.

The only thing that needs to be changed is the argument added to the kernel command line: instead of systemd.unit=emergency.target, we will use systemd.unit=rescue.target; again we can also use an alias for SysV compatibility, replacing the directive with just 1. 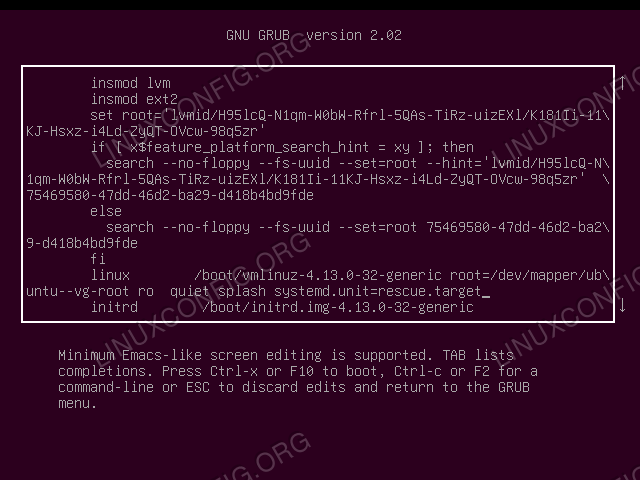 Once started, the system will boot into the rescue.target, where we can administer the system in single user mode: 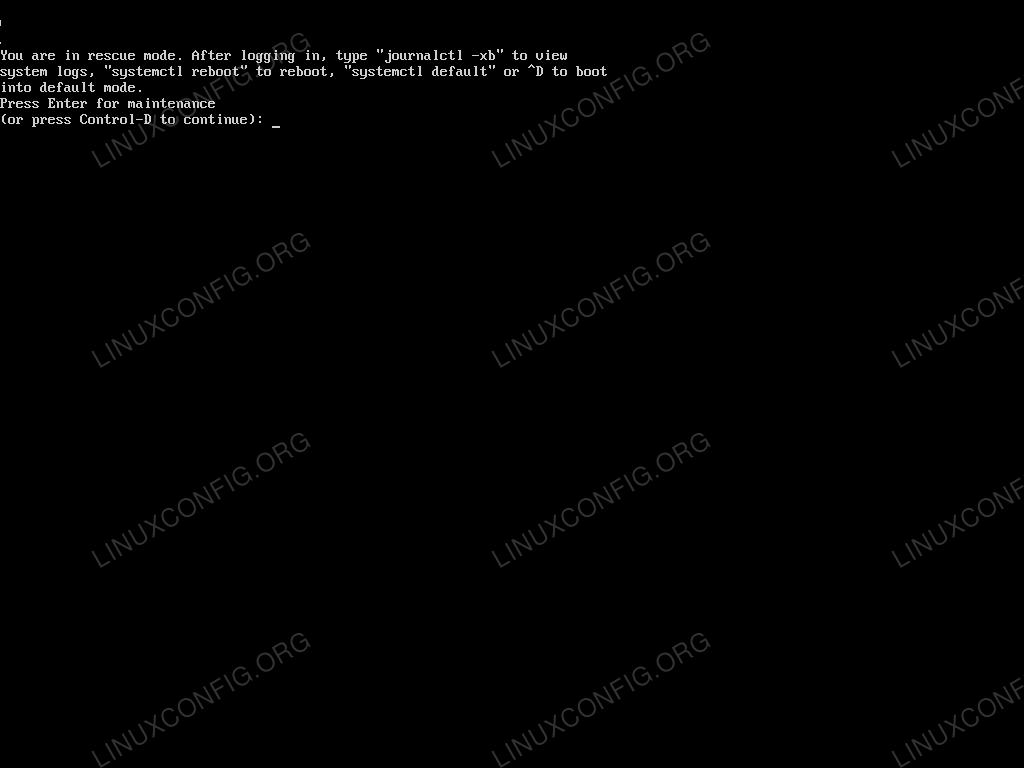 We quickly examined what the systemd emergency and rescue targets are, in what they are different, and what kind of environment the provide to the user.

We also saw how to edit the grub menu to change the kernel command line and boot the system directly in to these targets.

It’s important to say that systemd targets can also be reached, from an already running system, by “isolating”, them, using systemctl.

will bring the system to the rescue target.

For a more in depth knowledge of the systemd special units, we can consult the related, very clear manpage (SYSTEMD.SPECIAL(7)).