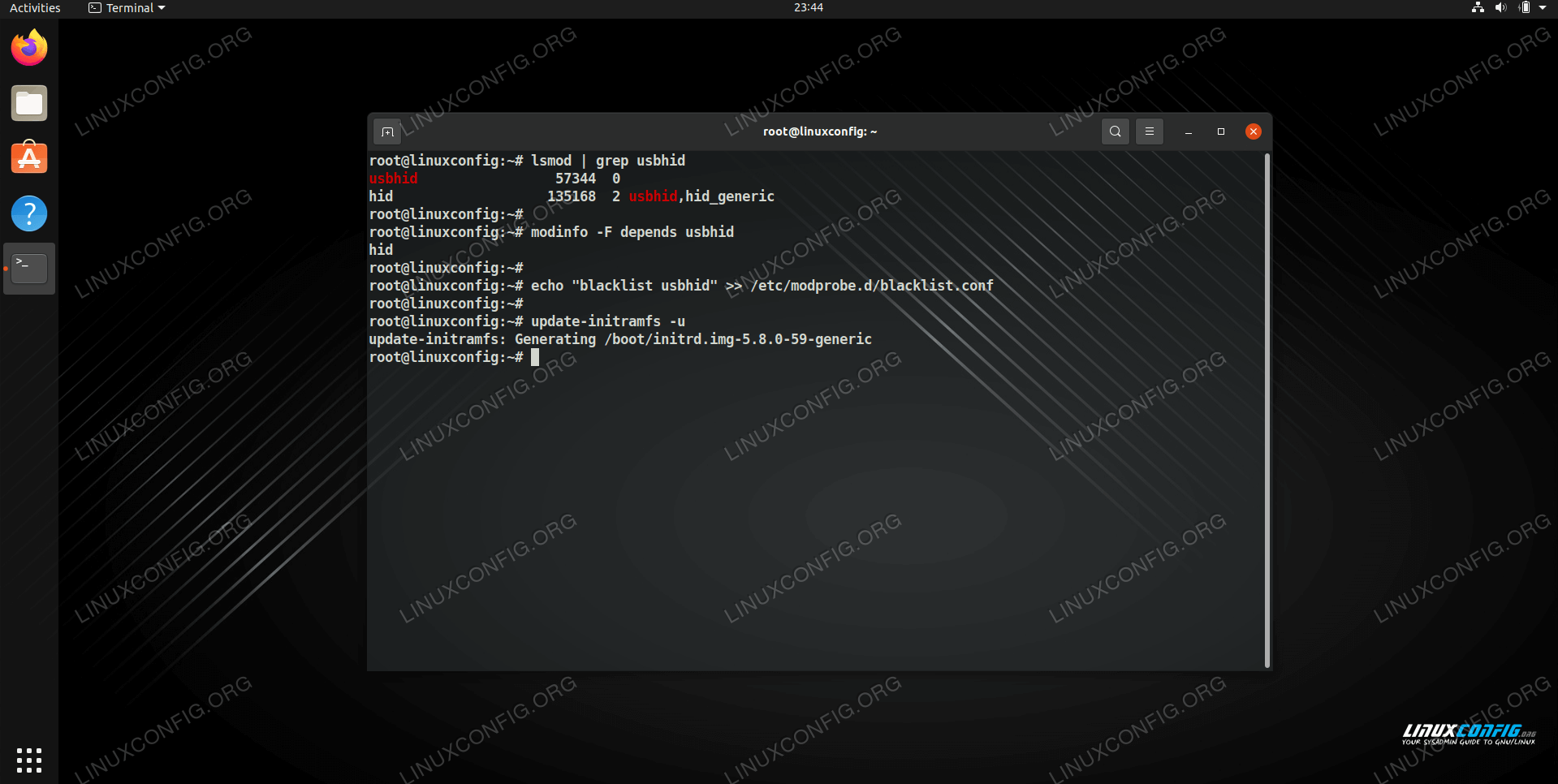 Follow along with the steps below to see how to blacklist a kernel module from loading on your system.

Then, update initramfs and reboot:

Just to be complete, please note that it is a good practice to create a separate module configuration file for each blacklisted module. For example if you wish to blacklist module e1000, then create a separate /etc/modprobe.d/e1000.conf file.

In this guide, we saw how to blacklist a kernel module in Ubuntu and other Debian-based Linux systems. This is helpful when you need to prevent a module from loading, either temporarily or permanently, at boot time. The change is simple to revert by deleting the file if you need to allow the module to load once more. These instructions allow the module to remain on your system, while just preventing it from being loaded automatically.