FFMpeg is at the core of tons of multimedia utilities, but the utility itself doesn’t have the ability to convert multiple files at once. Thankfully, FFMpeg is scriptable, and you can easily set something up quickly with Bash. 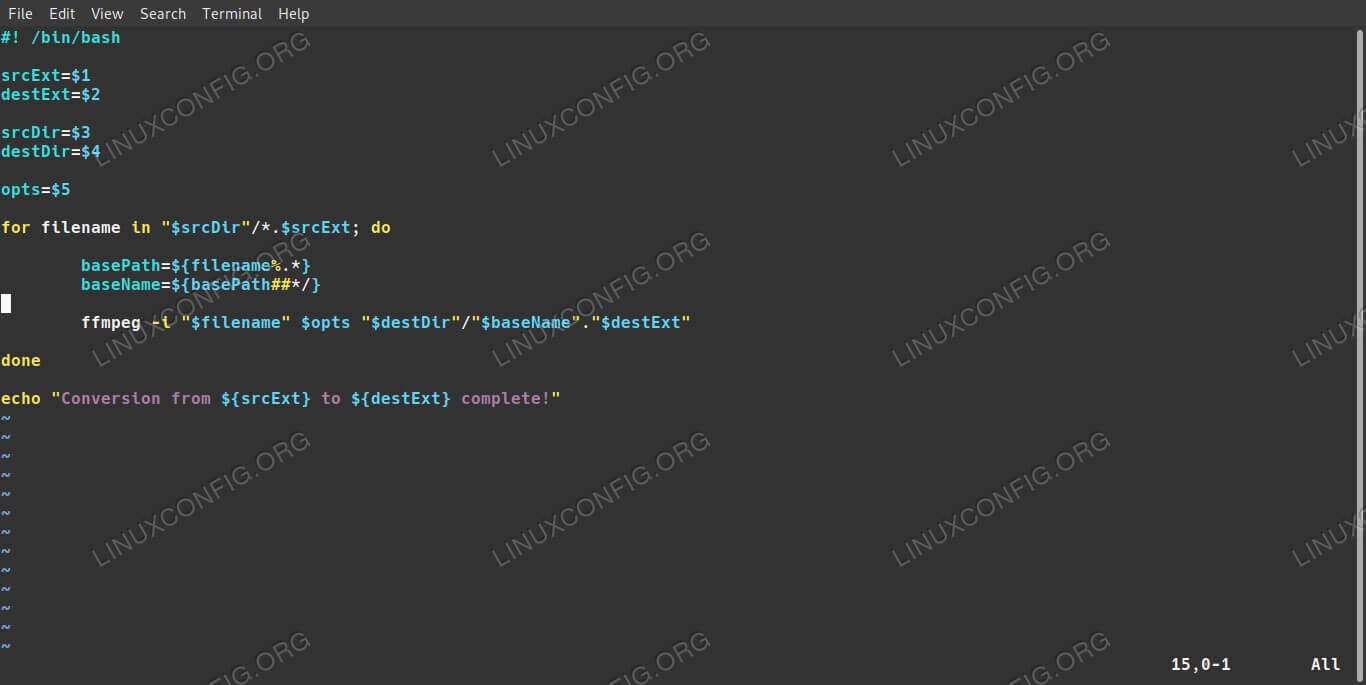 Once you get used to it, even something like this can be an extremely useful way to manage your audio, and even video, files. FFMpeg is an excellent tool, and if you’d prefer minimalism, you can get the same result as a bloated graphical program with a single line command.