firewalld is the default firewall program that comes pre-installed on Red Hat Enterprise Linux and its derivative Linux distributions, such as AlmaLinux.

By default, the firewall is turned on, meaning that a very limited number of services are able to receive incoming traffic. This is a nice security feature, but it means that the user must be knowledgeable enough to configure the firewall whenever they install a new service on the system, like HTTPD or SSH for example. Otherwise, connections from the internet can’t reach these services. 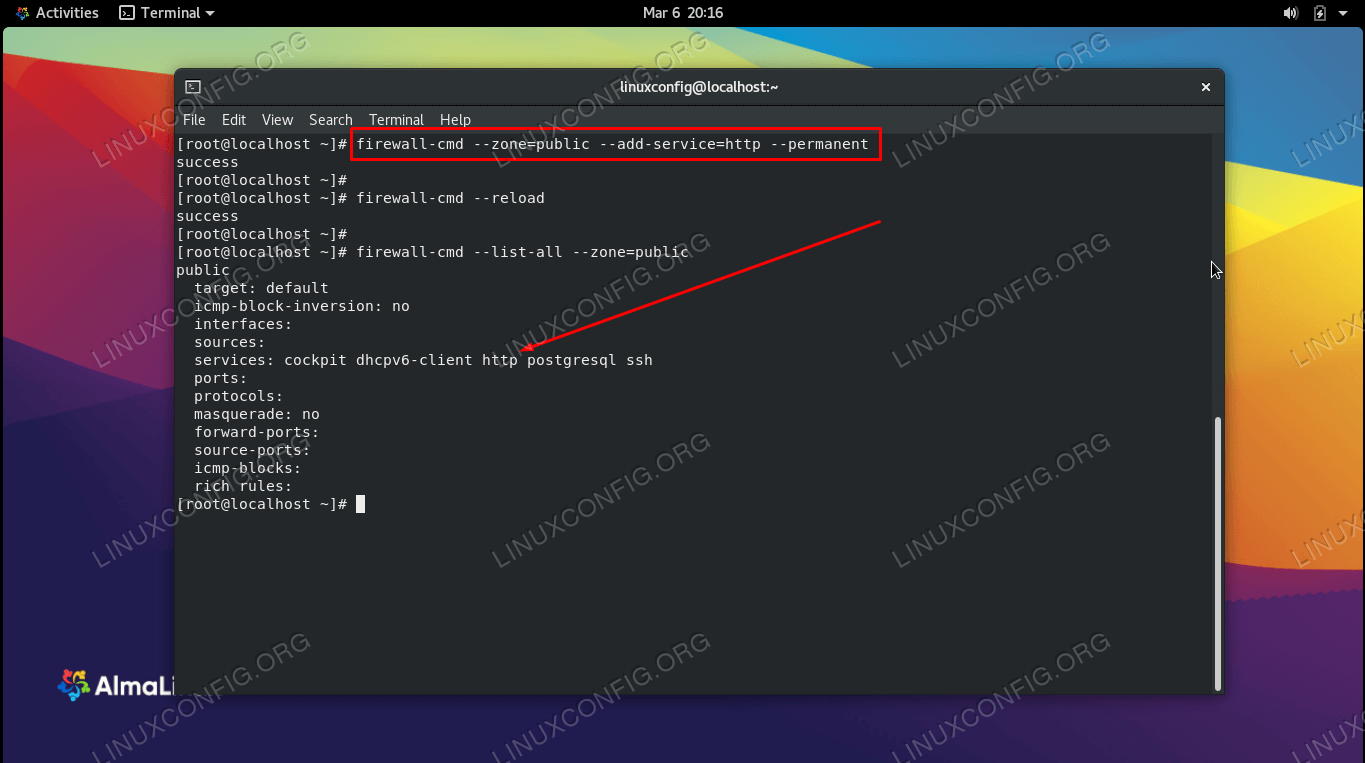 Allowing a port through the firewall on AlmaLinux

How to allow a port through firewall on AlmaLinux

Follow the step by step instructions below to allow ports or services through firewalld on AlmaLinux. You’ll also see how to check the open ports that firewalld has configured.

Use the commands below as an easy reference guide to allow some of the most common services through the firewall on AlmaLinux.

In this guide, we saw how to allow a port or service through the firewall on AlmaLinux. This involved using the firewall-cmd command associated with firewalld, which makes the process easy once we know the correct syntax to use. We also saw multiple examples for allowing many of the most common services through the firewall. Remember to pay special attention to what zone you apply your new rules to.