The lsof Linux command is used to list open files. On Linux systems, everything is considered a file. This means that files, directories, sockets, pipes, devices, etc are all files, therefore the lsof command will list all of these things if any of them are in use.

Along with showing you what files are in use, it will give you detailed information about which user and process is using the file. As you can imagine, this can be pretty handy in a multitude of scenarios, such as when trying to figure out what connections are being made to your system or what processes are tying up a disk that you’re trying to unmount, etc.

In this guide, we’ll show you some of the most helpful examples of the lsof command to help you get the most out of it on your own system.

How to use the lsof command

It’s easiest to learn about the lsof command through examples. To get started, use some of the following commands on your own system, and you’ll eventually have it mastered.

The most basic lsof command, which shows every file in use on the system 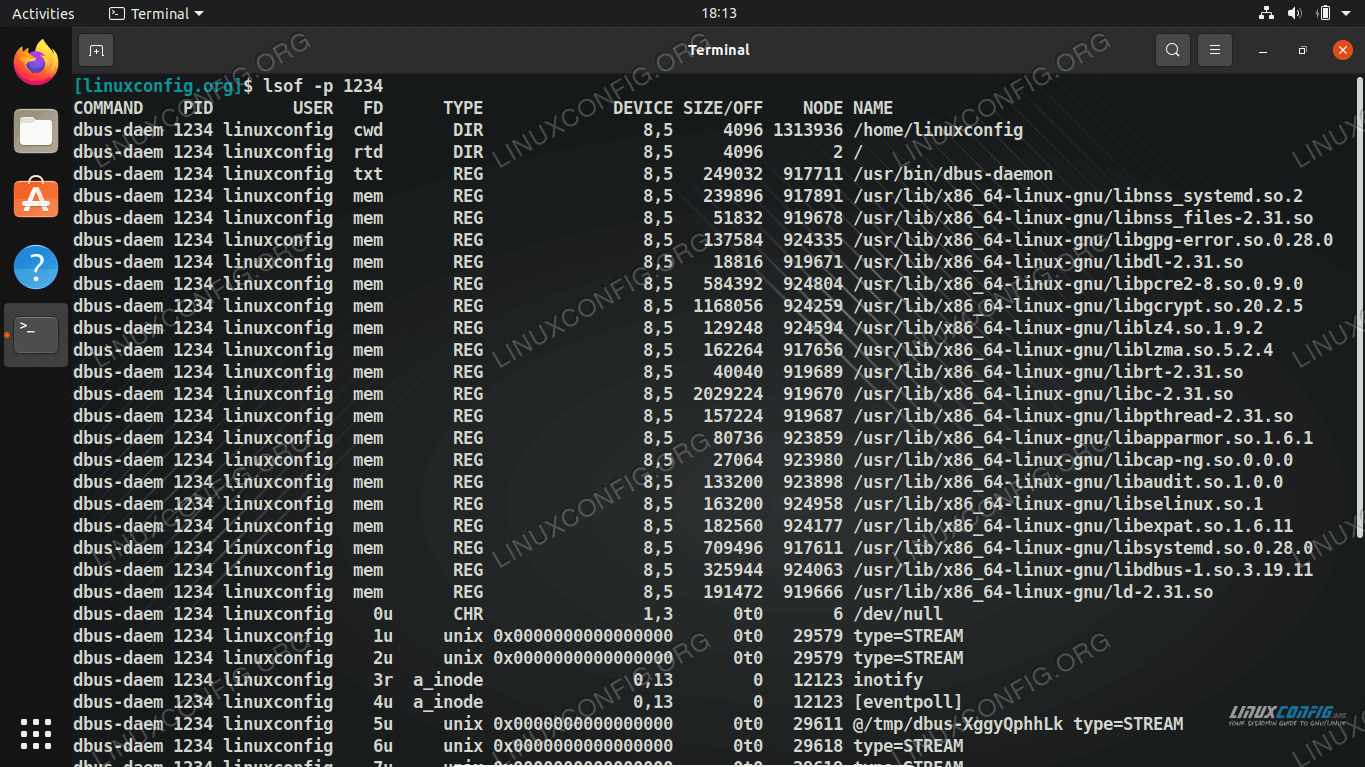 Showing all the files opened by process id 1234 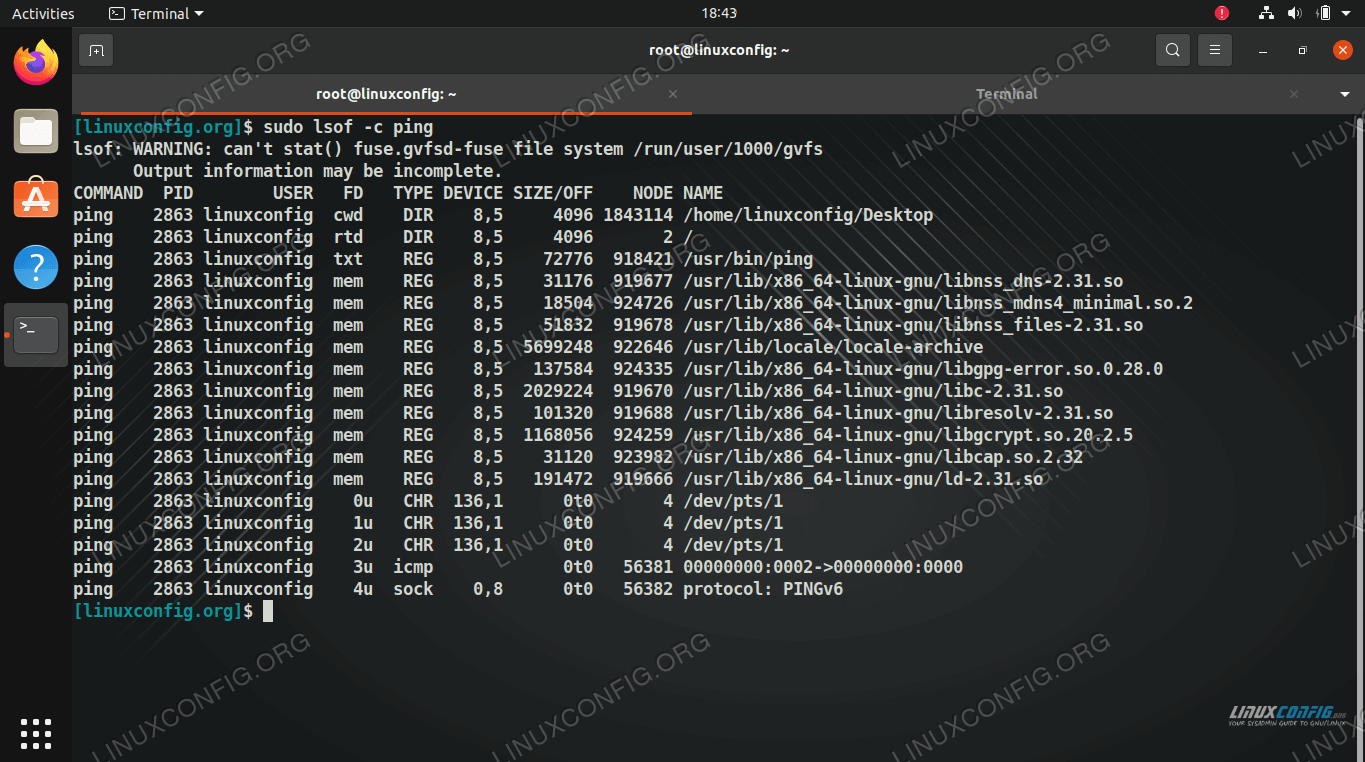 Showing all files opened by the ping command

In this guide, we saw how to use the lsof command on Linux through some of the most common and useful examples. Using the options we’ve covered should help you get the most out of the command, but there’s always more to check out in the manual pages if you’re interested.