The grep command on Linux systems is one of the most common commands you’ll come across. If we had to sum up this command, we’d say it’s used to find a specified string or text inside inside of a file. But even with a simple explanation like that, the amount of things it can be used for is quite staggering.

The grep command also has a few close cousins, in case you find that it’s not up to the job. That’s where commands like egrep, fgrep, and rgrep come in handy. These commands all work similarly to grep, but extend its functionality and sometimes simplify its syntax. Yes, it sounds confusing at first. But don’t worry, we’ll help you master the alphabet of grep commands in this guide.

In this tutorial, we’ll go over various command examples for grep, egrep, fgrep, and rgrep on Linux. Read on to see how these commands work, and feel free to use them on your own system as we go along so you can become acquainted with them. 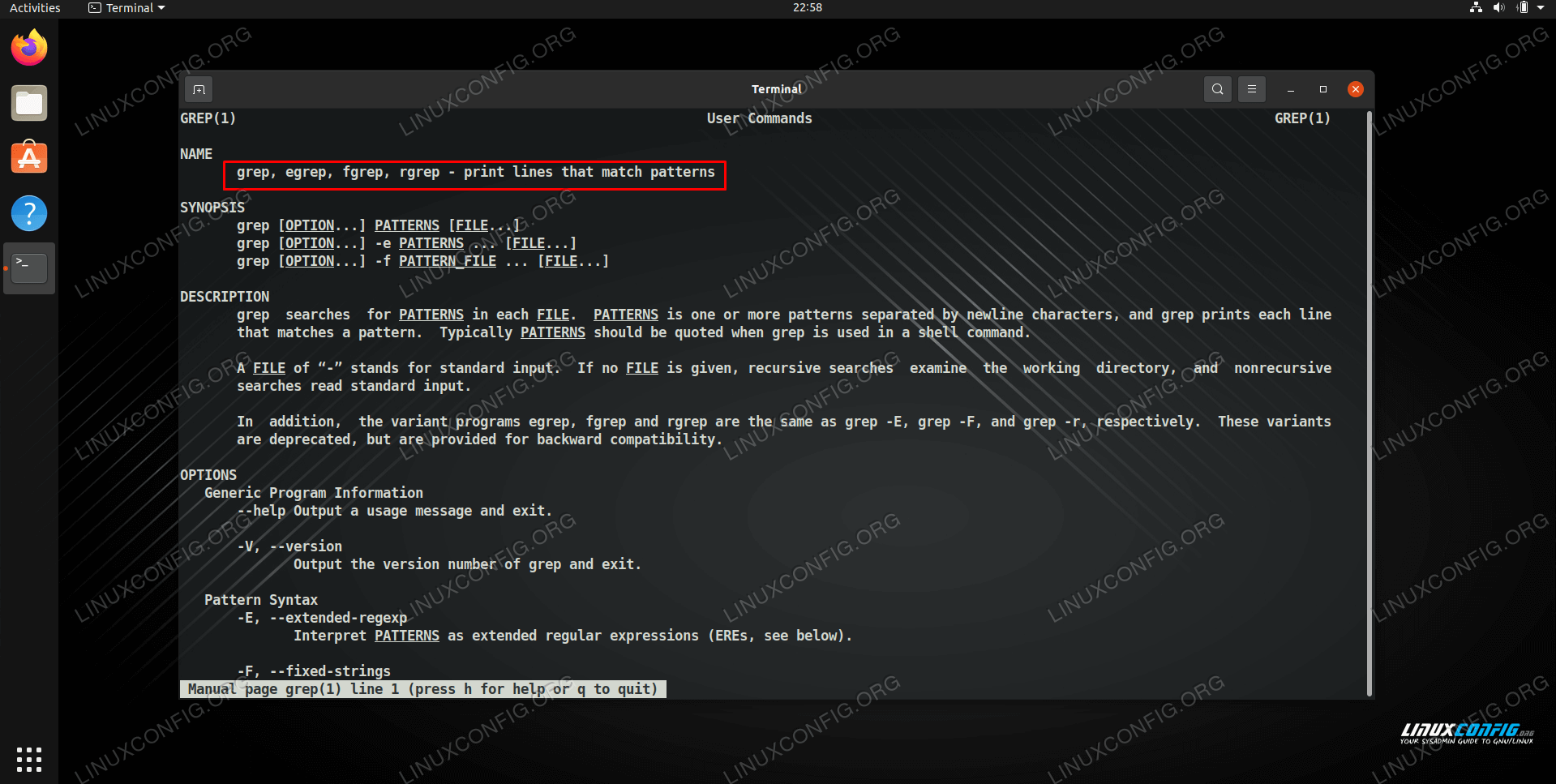 For our examples, we’ve created a simple text document named distros.txt that contains a bunch of names of Linux distros. See below how we use grep and its related commands to search this file for certain text and patterns.

egrep is the extended version of grep. In other words, egrep is equal to grep -E. egrep supports more regular expression patterns.

fgrep is a faster version of grep which does not support regular expressions and therefore is considered to be faster. fgrep is equal to grep -F. This is handy to use in scripts or against large files where you don’t need the extra robustness of normal grep, as the results should be returned faster, and with a lesser impact on system resources.

rgrep is a recursive version of grep. Recursive in this case means that rgrep can recursively descend through directories as it greps for the specified pattern. rgrep is similar to grep -r.

In this guide, we saw various command examples for grep, egrep, fgrep, and rgrep on Linux. At their core, these commands are just used to search for certain string patterns in one or more files. As you’ve seen from the examples here, their functionality can be easily extended, and applied to many useful scenarios.