This is a command line only method, so it’s very useful if you don’t have a GUI installed on the system but need to get on to the WiFi network. It will also support DHCP or static configuration. Read on to see how to connect to a wireless network by editing this file. 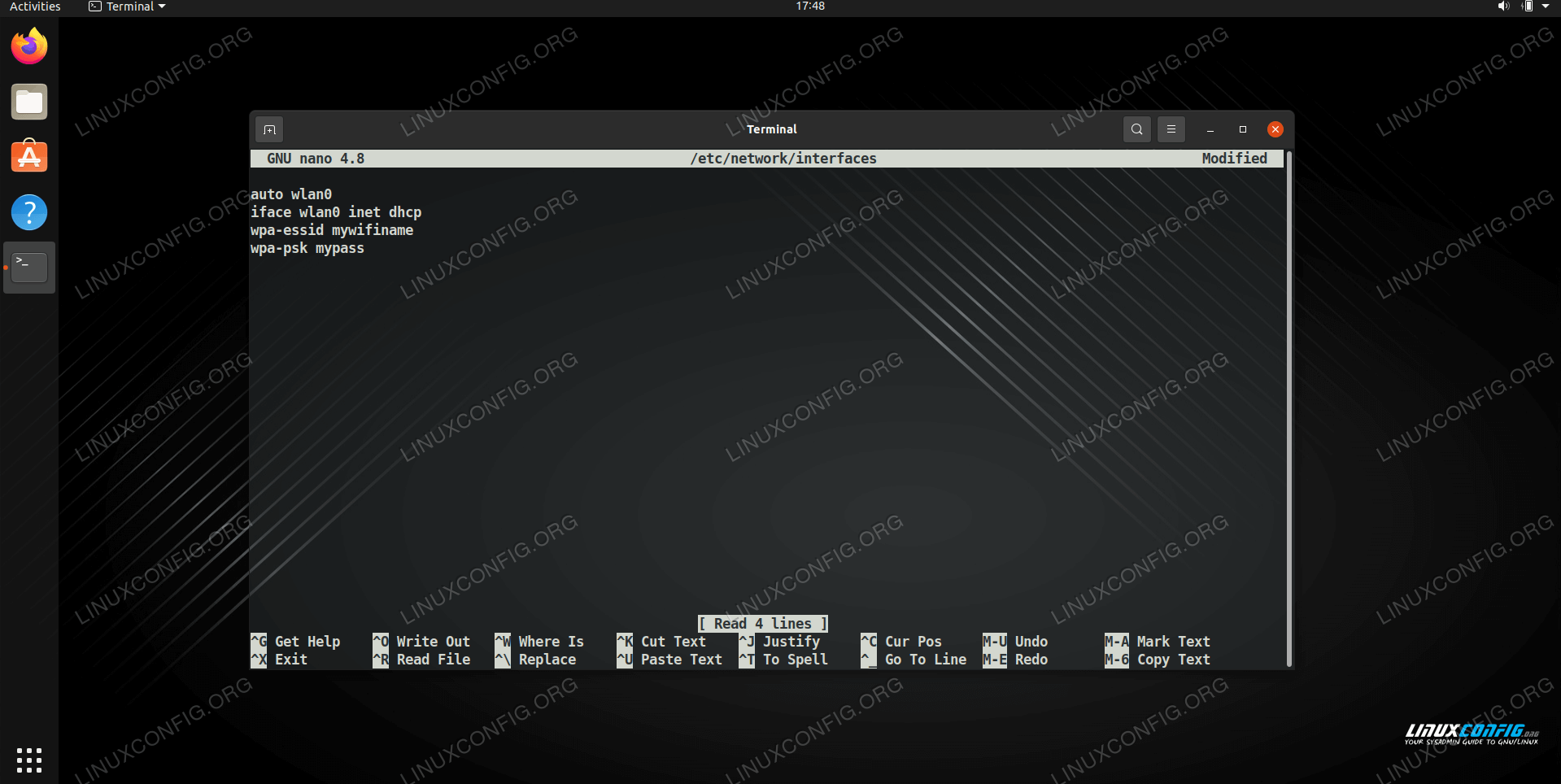 Editing the interfaces file to connect to a wireless network

That’s all there is to it. If you configured everything correctly, your interface should connect automatically to the wireless network upon future reboots.