But, the previous statement is only partly true. Firefox is indeed the default browser for Debian; however, it’s Firefox ESR. Firefox ESR is essentially a more stable and tested version of regular Firefox. This is accomplished by holding back the latest feature upgrades, at least until they’ve been thoroughly tested in the main branch of Firefox. While foregoing the newest features, ESR still maintains current security and stability patches.

If you would like to install ordinary Firefox on Debian, or have already removed Firefox to try other browsers like Google Chrome and now wish to hop back, this tutorial will show you how. Follow along below as we take you through the step by step instructions.


Debian offers Firefox ESR in its official repositories, and it can therefore be easily installed with an apt command. If you’re fine with the ESR version of Firefox, the following command will install the browser on your system:

If, instead, you’d like the normal Firefox release, the easiest way to do that is by downloading the Linux installer directly from the official website:

Once it’s downloaded, use the following commands to extract the files and install Firefox.

Firefox is now accessible under ~/bin/firefox/firefox. You can create a shortcut icon or add it to your quick launch area for easier access. 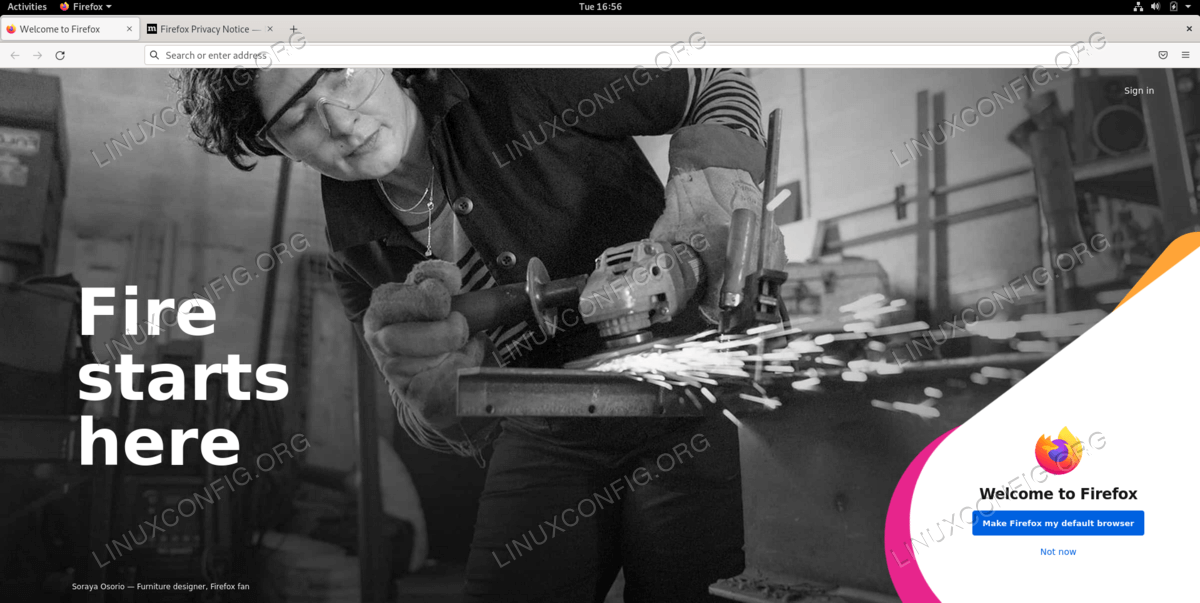 
In this guide, we saw how to install one of the world’s most common web browsers, Mozilla Firefox, on Debian Linux. Using Debian’s package manager makes the job very easy, but only if you’re trying to install Firefox ESR. Otherwise, the normal release of Mozilla Firefox can be easily downloaded from the official Mozilla website.