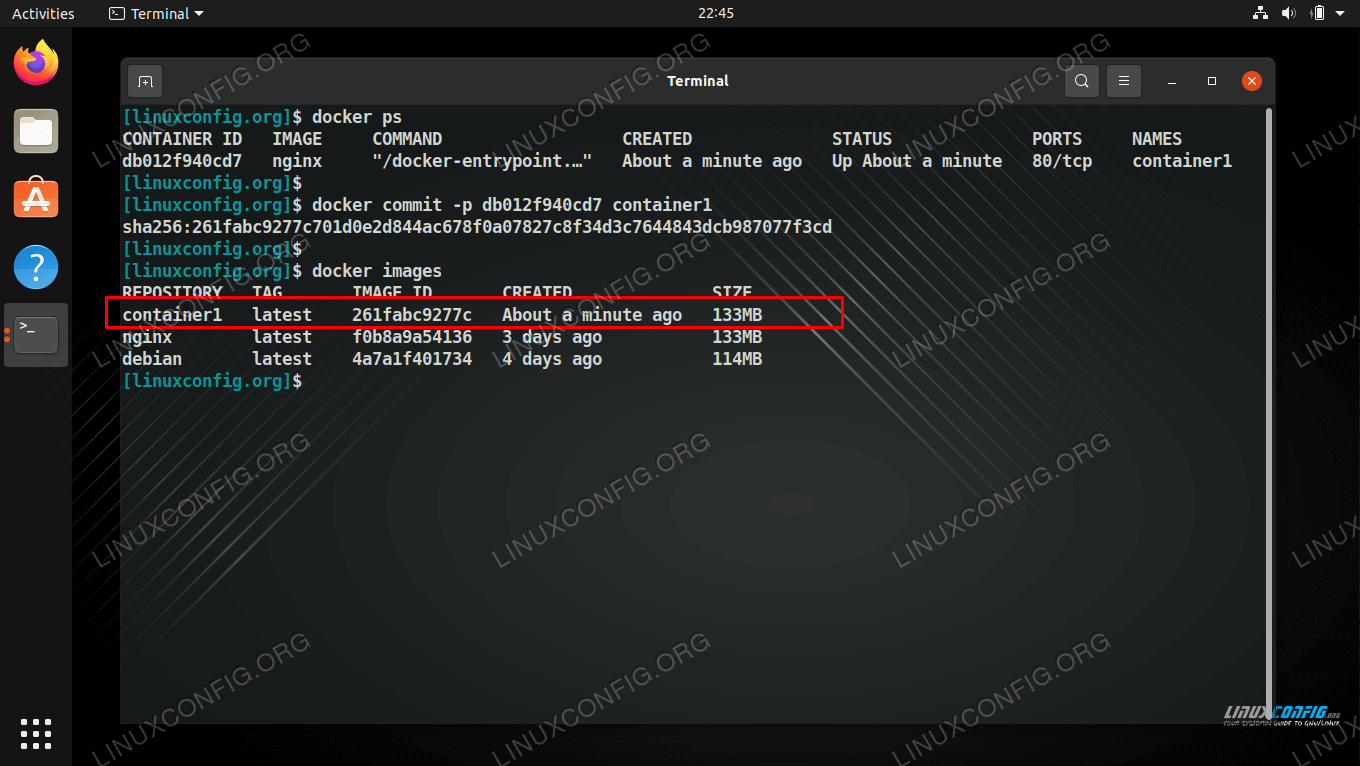 Backing up a Docker container on Linux 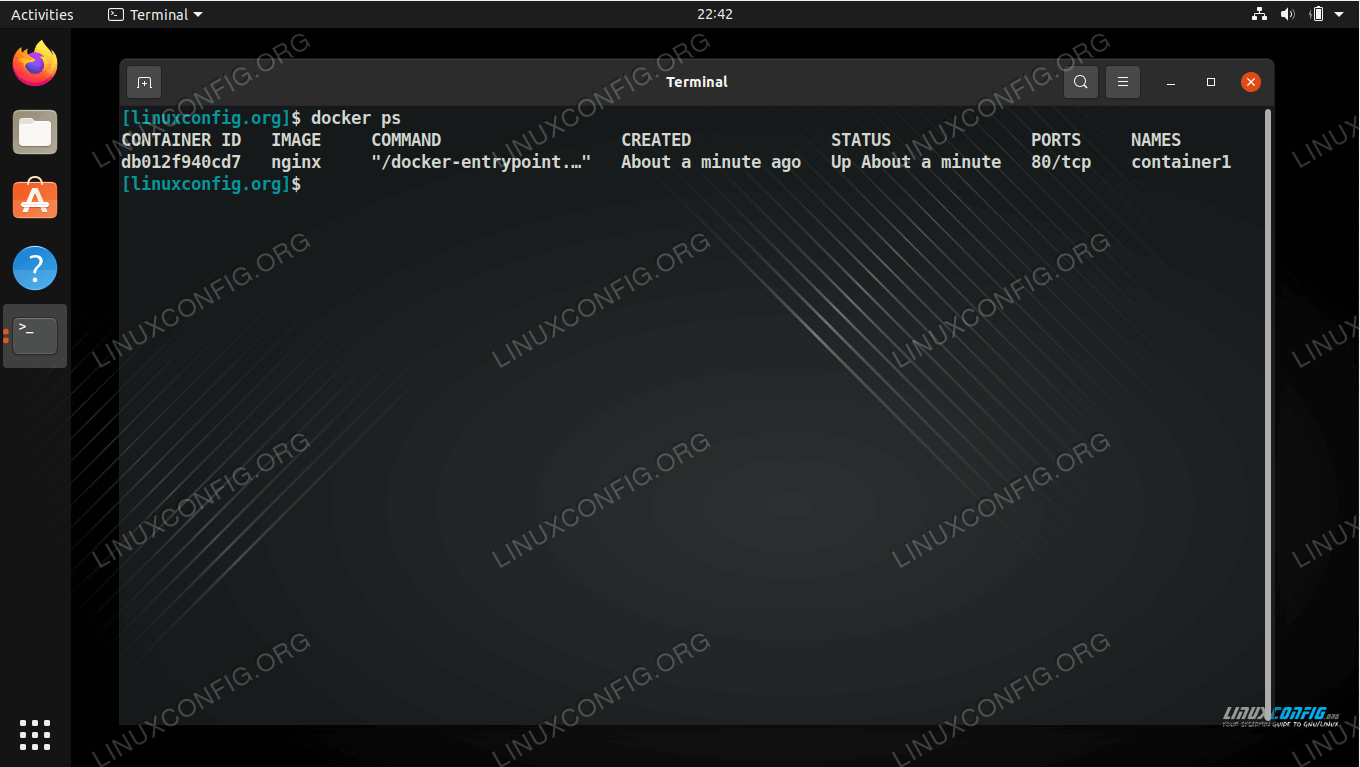 The previous section explained how to backup a docker container. In this section we will discuss how to recover from a docker backup.

In the case that we have pushed our backed up docker container image to a private repository we can simply use the docker run command to start a new instance from the container1 image. If we have transferred our container1.tar backup file to another docker host system we first need to load backed up tar file into a docker’s local image repository:

Then, confirm that the image was loaded with the following command:

Now we can use the docker run command to start a new instance from the above loaded container1 image.