Ubuntu and Debian are two of the most popular Linux distributions in history. Aside from that, they’re very closely related, making it hard for new Linux users to sort out the differences between the two. Let’s explore Debian vs Ubuntu comparisons.

Thus, is Ubuntu the same as Debian? While, many things may appear to be similar, or even the same, with these powerhouse distributions, there are some sizable differences between them.

One of the most obvious differences between Debian and Ubuntu is the way these two distributions are released. Debian has it’s tierd model based on stability. Ubuntu, on the other hand, has regular and LTS releases.

Debian has three different releases; stable, testing, and unstable. Debian’s stable release is insanely stable. There are few distributions in the same league when it comes to rock solid reliability. There is a tradeoff, though. The software in Debian Stable is usually fairly outdated. In fact, it’s usually outdated when the distribution first ships. Now, that’s not much of a problem for servers, but it’s awful for desktops.

Debian Testing, on the other hand, is much more fluid. The Debian project actively engineers their next stable release in the testing branch. That doesn’t mean that testing is unstable by any means. Actually, using Debian Testing is a lot like using a regular rolling release distribution like OpenSUSE Tumbleweed.

Finally, Debian has it’s unstable, Sid, release. It’s named after the mean kid in the Toy Story movies that breaks all of his toys. Sid is where Debian tests out the absolute latest software. While you can run Sid, it’s usually not a good idea. You can, however, use Apt preferences to use certain packages from Sid, like Firefox, to get the latest releases early.

Ubuntu has a much more traditional model. It releases a new version roughly every six months. About every fifth release becomes a long term support release and is officially supported for five years. Ubuntu’s LTS releases are intended for servers and workstations, while it’s regular releases are geared more towards desktops.

The Installer in Debian and Ubuntu

The next major differentiating factor between Debian and Ubuntu is their installers. Actually, Ubuntu’s installer is part of what made Ubuntu… Ubuntu back when it first started off as a bunch of usability improvements to Debian. 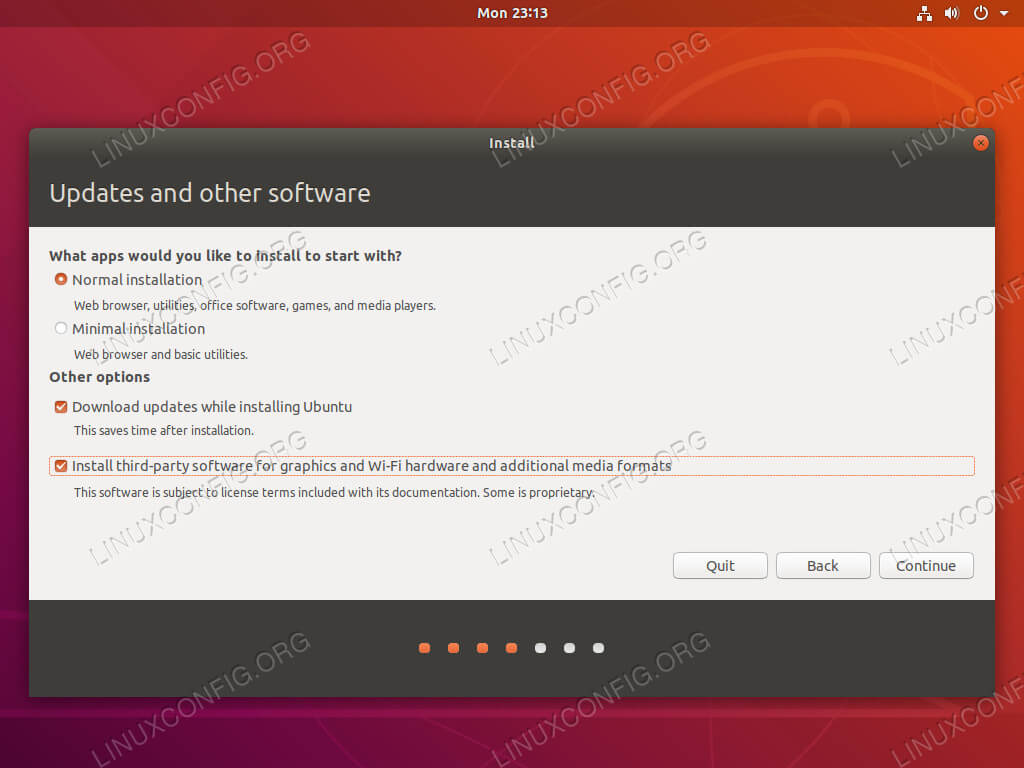 By now, Ubunut’s installer is streamlined. Canonical has gotten the install process down to a science, and as a result, it’s one of the most user friendly installation experiences available, even topping proprietary options.

Debian’s installer has made a lot of progress in recent years, but it’s still somewhat messier than Ubuntu’s. To start with, the default Debian installer is still based on nCurses, not a full GUI. It asks the user a lot more questions about how they want the system configured along the way too. There is a full graphical installer available, but it essentially follows the same process as the nCurses one.

Early in the development process, Ubuntu’s releases are forked from Debian’s unstable branch. As a result, a lot of things are nearly the same between the two, but their policies regarding software are very different.

Ubuntu’s chief concern is usability. They don’t care too much about software licensing. So, they include everything in the default repositories to make it as easily accessible to the user as possible. 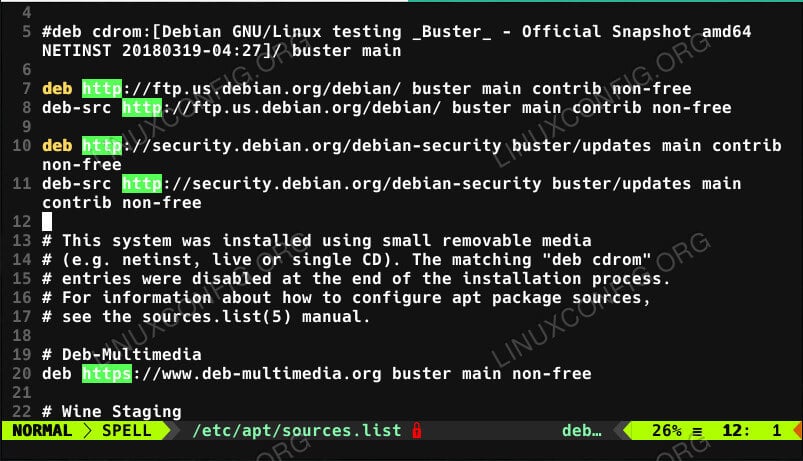 In contrast, Debian takes a strict stance on free software. They see proprietary software as a sort of last resort. You won’t find any proprietary software in a default Debian installation. The project ships it all in a separate repository that you must manually enable after the install.

As you can expect, Debian has some trouble with drivers and firmware. The Debian kernel doesn’t contain any proprietary blobs. That means it’s lacking a lot of firmware by default. Like with the other software, you need to enable the repository yourself and install it manually.

Ubuntu includes as much firmware as possible and tries to automatically install and configure your drivers for you. Ubuntu also works with hardware manufacturers to certify hardware to work with Ubuntu and test drivers.

Quite simply, Ubuntu has PPAs, and Debian doesn’t. PPAs are personal package archives, and they’re a way for developers easily host Ubuntu software repositories and make them accessible.

In reality, PPAs are no different than normal Debian repositories. The real difference comes when you add one to your system. Instead of having to manually import a GPG key and add the repository address to a configuration file, you can run a single linux command to add a PPA. It’s much more convenient.

Debian is community distribution. It’s governed by a board of elected developers. It has it’s own internal structure and laws. Just about everyone working on Debian is a volunteer.

Meanwhile, Ubuntu is the product of a corporation, Canonical. Canonical develops Ubuntu along with several related projects, and they full control over it and all decisions made about Ubuntu.

There is a fairly significant upside to that too. Canonical works on Ubuntu’s behalf, making deals with hardware manufacturers for compatibility, and even getting Ubuntu shipped on machines made by Dell.

Canonical also sells support contracts for Ubuntu. If you’re running Ubuntu in a production environment, you can rest assured that Canonical has your back, in case of disaster.

There you have it, Debian vs Ubuntu comparison! Ubuntu and Debian are very similar, but they have some major differences too. Ubuntu is geared more towards user friendliness, and has a more corporate feel. Debian, on the other hand, is more concerned with software freedom and options. It’s a non-profit project, and it has that sort of culture around it as well.