Booting to a USB drive is basically the same as booting to a Ubuntu CD/DVD, except more convenient since disc media is becoming less common these days. Follow along with us below as we show you how to use free software called UNetbootin to create our bootable flash drive.

In this guide, we’ll show you how to create a bootable Ubuntu 20.04 Focal Fossa USB stick on Microsoft Windows 10. When you boot to the USB stick, you’ll be able to install Ubuntu 20.04 on the computer or use the “Try Ubuntu” option to boot into Ubuntu without actually installing the operating system on the machine. 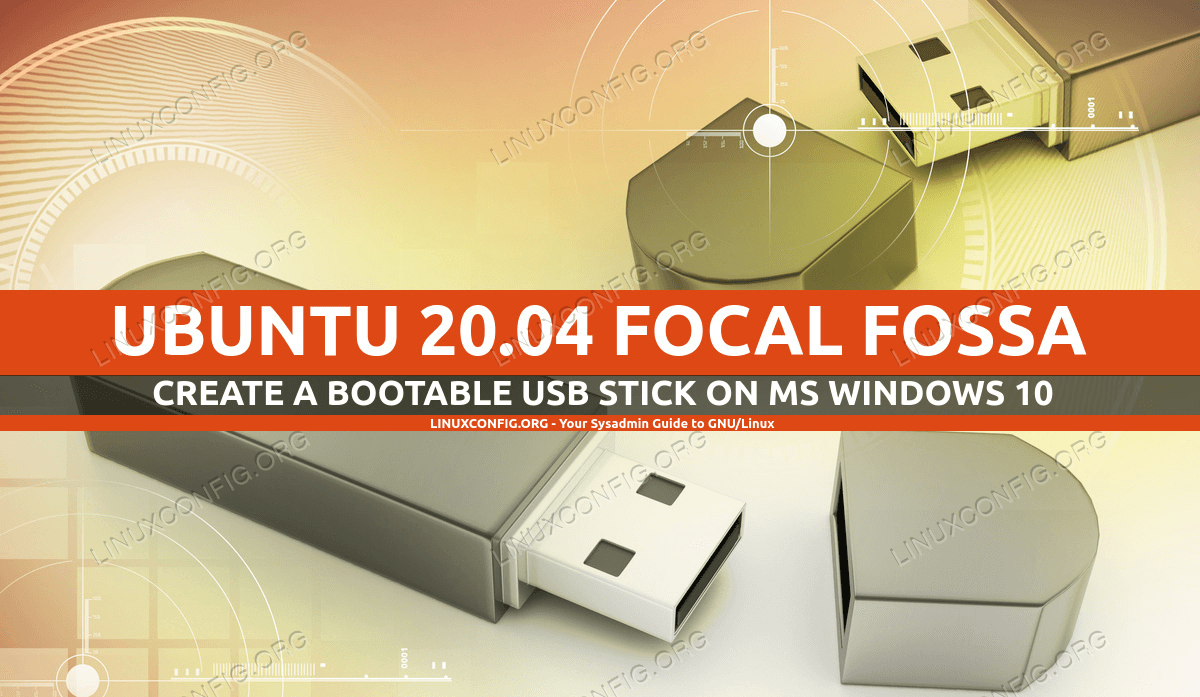 This guide assumes that you already have the Ubuntu 20.04 Focal Fossa ISO file downloaded on your system. This file is used to install Ubuntu, and will need to be installed onto the flash drive to create a bootable Ubuntu environment.

If you still need to download Ubuntu, head over to our Ubuntu 20.04 download page and select the ISO you want. If in doubt, the first option, “Ubuntu 20.04 LTS Desktop” is the default version and a safe bet to use.

In this article, we learned how to make a Ubuntu 20.04 Focal Fossa bootable USB stick on Microsoft Windows 10. We used UNetbootin to accomplish this task, though there are other programs suited for the job as well. UNetbootin is our recommendation due to its lightweight nature and no-hassle graphical interface.

You may have to instruct your computer to boot to the USB drive by going into the boot menu and selecting the drive from the list, or by loading into BIOS and changing the boot order so that the USB stick is booted to first.