Clear Linux is Intel’s entry into the Linux space. It’s a free and open source distro that Intel has developed for maximum performance. For other most popular Linux distributions please visit our dedicated linux download page.

Unsurprisingly, Clear Linux has been optimized to perform very well on Intel hardware. Being developed by a hardware giant means that the operating system can undergo improvements that more community driven Linux distributions may be likely to neglect. 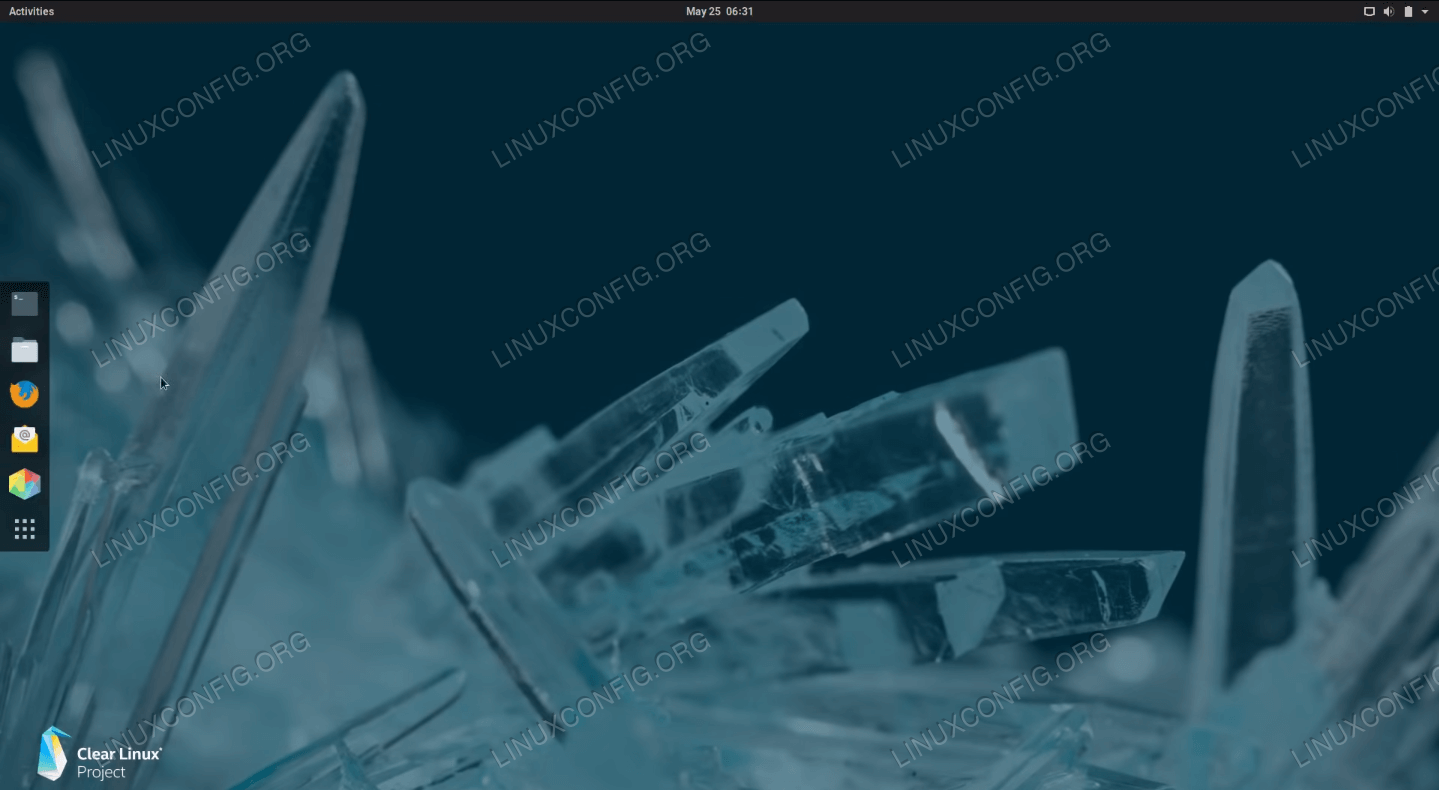 Although a desktop edition of the operating system exists, this distro is clearly geared towards cloud use cases (think datacenters). As such, Clear is a stateless operating system, meaning that system files don’t change. You can apply your own customizations to Linux, but those customizations are stored separately from the rest of the system.

This makes Clear Linux easier to deploy in mass. The operating system can be identical across dozens of systems, with user level changes stored separately and able to be replicated across other installations as needed. Very efficient.

As Clear Linux continues to develop, it may become more desktop centric and be a viable replacement to many everyday operating systems like Ubuntu. For now, Intel seems more bent on dominating the cloud server market.

As could be expected with a distro that tries to stay as out of your way as possible, Clear Linux is a rolling release. This means you will never need to upgrade to a newer version. Just install the latest updates from the package manager and your servers are good to go.

You can download Clear Linux over on the official download page. There is a desktop and server edition available, as well as containerized versions and images for various virtual machine vendors.

Even in its infancy, Clear Linux is clearly (excuse the pun) a force to be reckoned with. Being backed by Intel bodes well for its efficacy to run large arrays of servers to their full potential. There are not many competitors that can make the same claim, especially while being as lightweight and efficient.