There are several ways on how to check what version of Java is installed on your system. Most likely the simplest way is to directly use the java binary in combination with the -version option. To do so run java -version on your terminal. 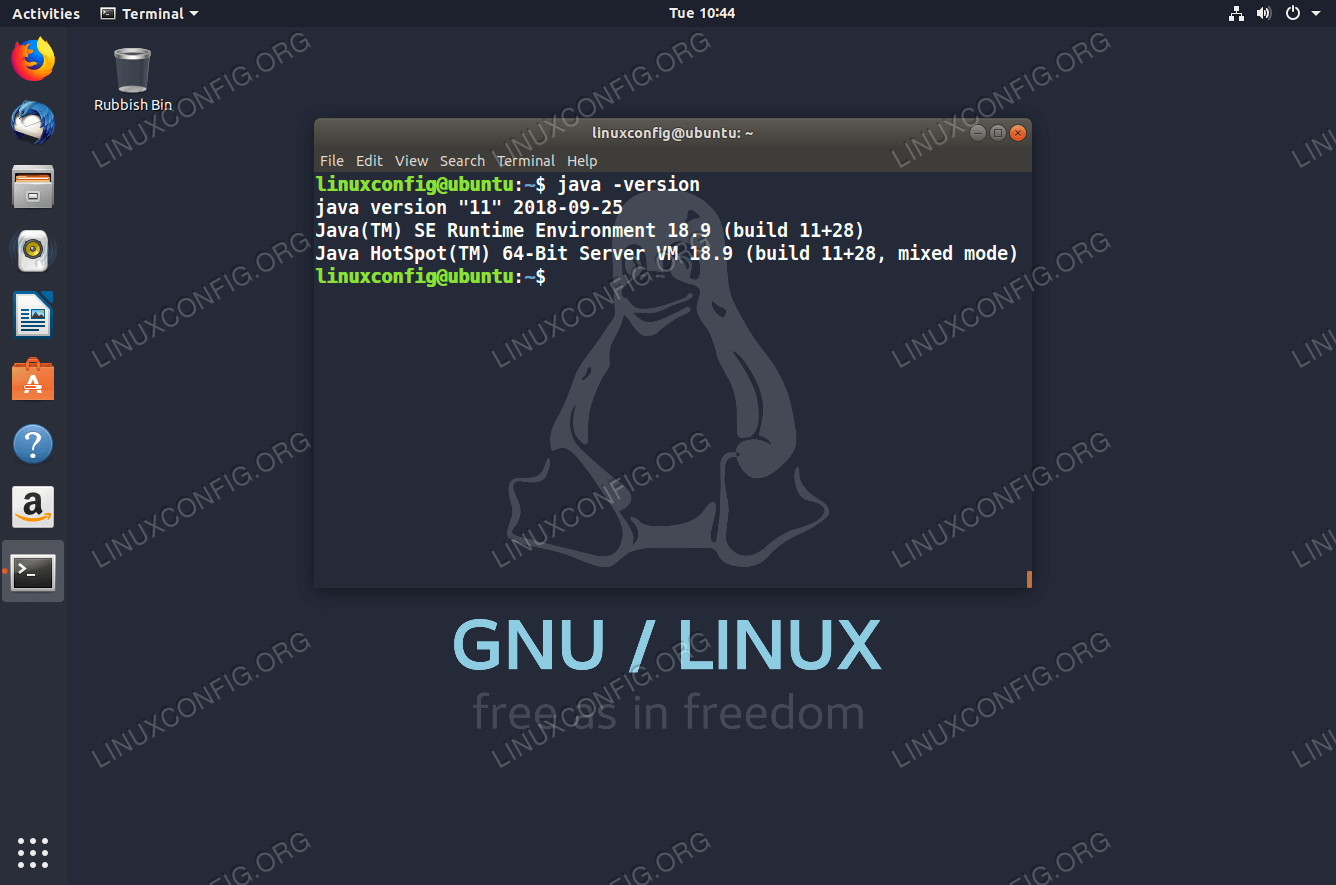 Check Java Version
Furthermore, execute the following command to check the version of the current default Java compiler javac: In case you are looking for a system agnostic way on how to check the Java version installed on your system attempt to retrieve the Java version programmatically.
SUBSCRIBE NEWSLETTER & RSS
Subscribe to RSS and NEWSLETTER and receive latest Linux news, jobs, career advice and tutorials.
This procedure should work with any Java version as well as any operating system. Using any text editor create a new file CheckJavaVersion.java with the following content:

Once the above file is created compile and execute. For example: The execution of the CheckJavaVersion Java program resulted in java version output. In this case Java Version 11 is installed on our system.

The following figure illustrates the entire procedure on how to check java version programmatically: 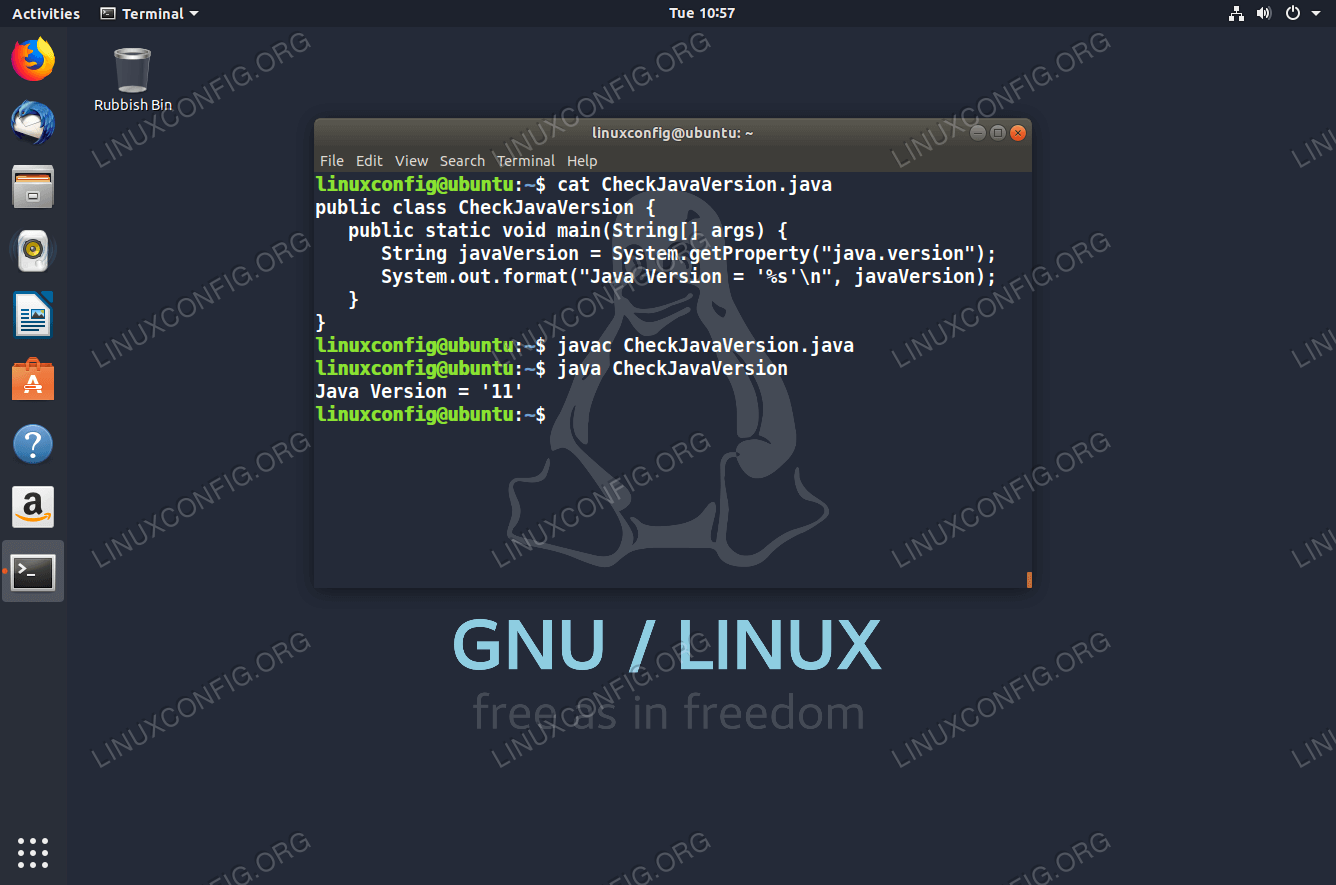 How to check java version programmatically
FIND LATEST LINUX JOBS on LinuxCareers.com
Submit your RESUME, create a JOB ALERT or subscribe to RSS feed.
LINUX CAREER NEWSLETTER
Subscribe to NEWSLETTER and receive latest news, jobs, career advice and tutorials.
DO YOU NEED ADDITIONAL HELP?
Get extra help by visiting our LINUX FORUM or simply use comments below.
Comments and Discussions