CentOS and Fedora are two of the most well known and widespread Linux distributions. They’re both based on Red Hat Enterprise Linux (RHEL), which means Fedora and CentOS bear a lot of similarities to their ancestor, but also to each other.

In this guide, we’ll be comparing the two distributions across a few key areas and giving a brief review of both distros. Read on to learn more about CentOS and Fedora and how they compare. By the end of this article, you’ll be armed with enough information to choose the best distro for your needs. 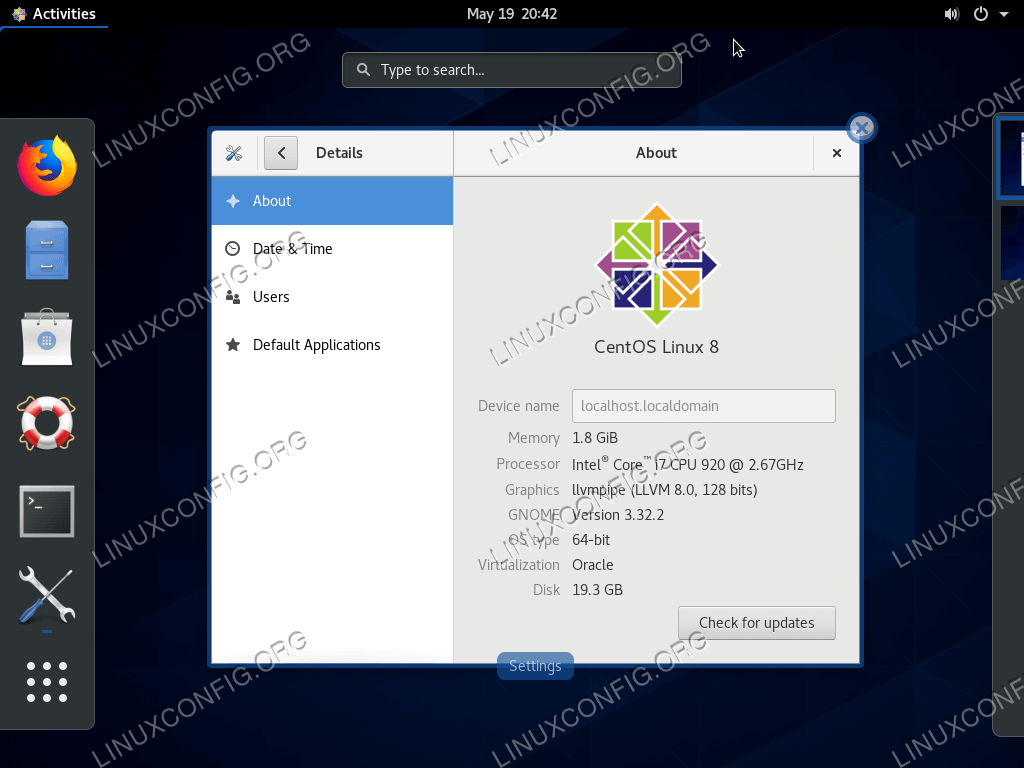 These days, it’s probably more accurate to say that Red Hat and CentOS are actually based on Fedora. Red Hat came out first by a few years, but eventually Fedora was made the upstream source for RHEL. Fedora is sponsored by Red Hat and is used as a testbed for their RHEL distribution.

Cutting edge features are developed and tested with Fedora. Components of the operating system that perform well and prove to be stable after a time are eventually absorbed into RHEL. Red Hat wants their enterprise distro to be very stable, hence the reason for using a different distro as a way to deploy and test new features.

CentOS uses RHEL as its upstream source, so it only inherits the most stable parts of Fedora. CentOS is closely affiliated with Red Hat but has a separate governing board and remains mostly independent. Still, the associations between the three distros and the shared source code makes for a lot in common. 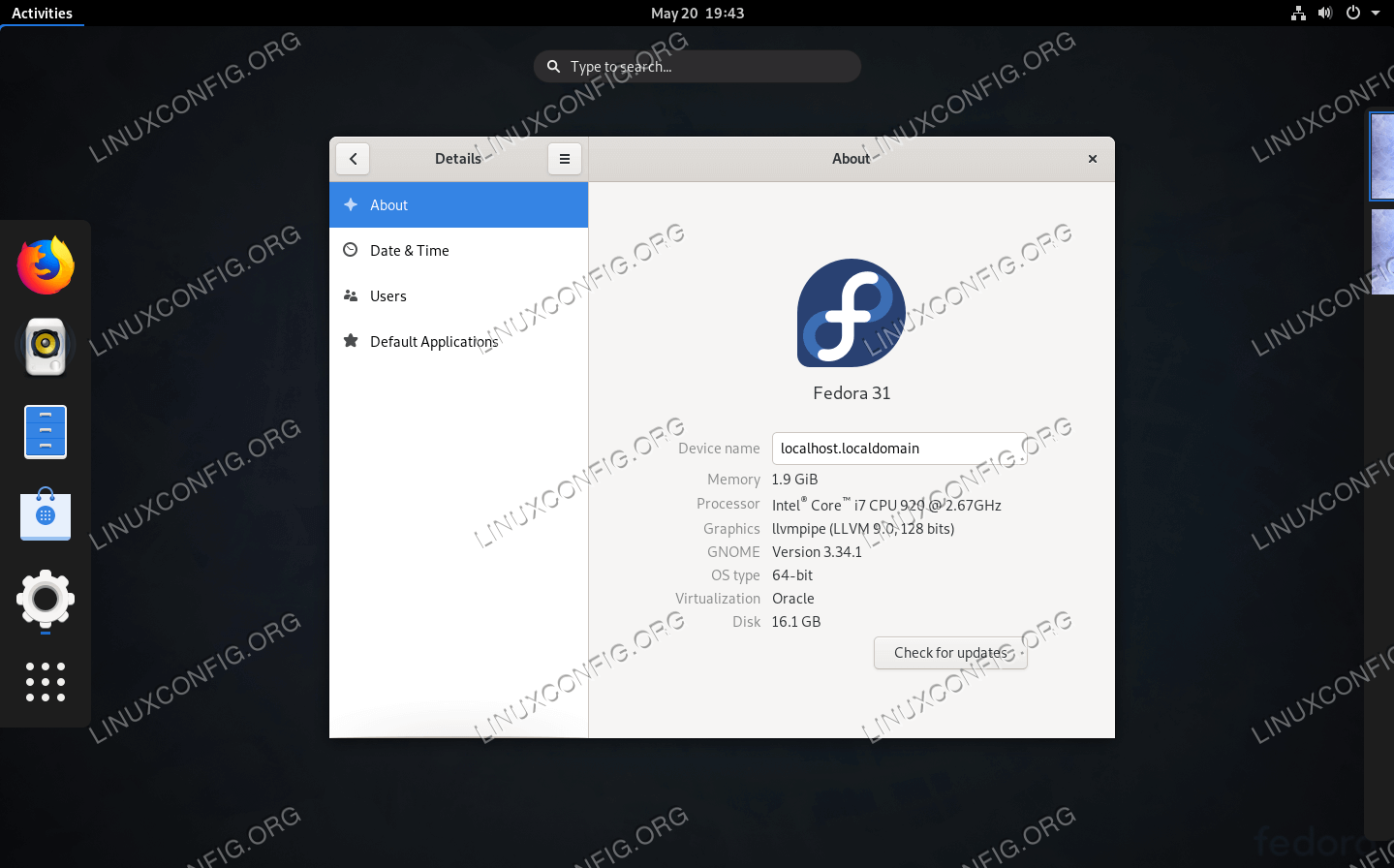 The big difference between Fedora and CentOS is how they’re situated in the development stream. Fedora receives a lot of updates and is always introducing new features and versions of software. This approach naturally results in a less stable operating system, but the Fedora developers do a very good job of auditing code and keeping everything in working order.

CentOS comes further down the line, only incorporating the most tested and fine-tuned components of Fedora, which have also trickled down to RHEL. Stability and predictability from a distro are important traits to everyone, but especially to businesses. Downtime usually equates to lost money. Therefore, CentOS finds its niche within the enterprise community, or as a server operating system. Of course, it’s still perfectly viable as a desktop distro.

You may be wondering what the advantage is of CentOS over RHEL, since they both take the same approach. Truth be told, there isn’t a huge difference, save for one: the cost. RHEL isn’t free to use in a production environment, but CentOS is. However, using CentOS means you don’t have any tech support to help you out when you’re in a jam. Remember, downtime means lost money, so paying for an operating system with tech support has its advantages.

Fedora is also free, and doesn’t stay within the confines of a “consumer distro” or “enterprise distro.” There are two editions available for download, Fedora Workstation and Fedora Server. In addition, you can download a “spin” of Fedora, which is essentially just Fedora with an alternative desktop environment. Fedora gives you lots of choices right out of the box, including GNOME, KDE Plasma, Xfce, LXQT, Mate-Compiz, Cinnamon, LXDE, and Sugar. CentOS only has one download, which includes the GNOME desktop environment.

Releases of Fedora receive support for about a year. After that, you need to upgrade the operating system to make sure you continue receiving security updates. CentOS will continue pushing maintenance updates for a whopping 10 years, before it becomes essential to upgrade. These differences in approach definitely highlight the different ideals of both distros, and should give you insight into which one is right for you. Do you want the cutting edge new software, or do you crave stability and long term predictability?

CentOS naturally lends itself to crucial server systems, like those found in enterprise environments. These are some of the only systems where stability is extremely important. When running Linux on your laptop, you don’t have to fear the occasional reboot or point releases for software, so running Fedora Workstation would make sense.

Fedora Server is still an option for systems that need the latest software and won’t worry about the occasional hiccup. Otherwise, CentOS is the safer choice for such systems. Personally, I’ve always seen Fedora is a great desktop OS that gives you an opportunity to push your hardware and test out the newest innovations. The wide array of desktop environments also makes it an easy choice for those that like to customize. Fedora Server is also great for testing and tinkering, but I put more trust in CentOS for critical systems.

In this guide, we saw a comparison of CentOS and Fedora, two similar systems with a slightly different target audience. At their core, they’re mostly the same system, with different software versions and features on each.