Up until a late 2020 announcement from Red Hat, CentOS Linux had a longstanding reputation as a dependable and enterprise-class Linux distribution. And now, the main purpose of CentOS is shifting. Along with that comes a name change to CentOS Stream.

In this article, we’ll talk about this change of direction for CentOS, and what it means for the huge community of users and businesses that have relied on the distro for years. We’ll also see what’s next, as many users are left scrambling for a replacement so they can avoid switching to CentOS Stream. 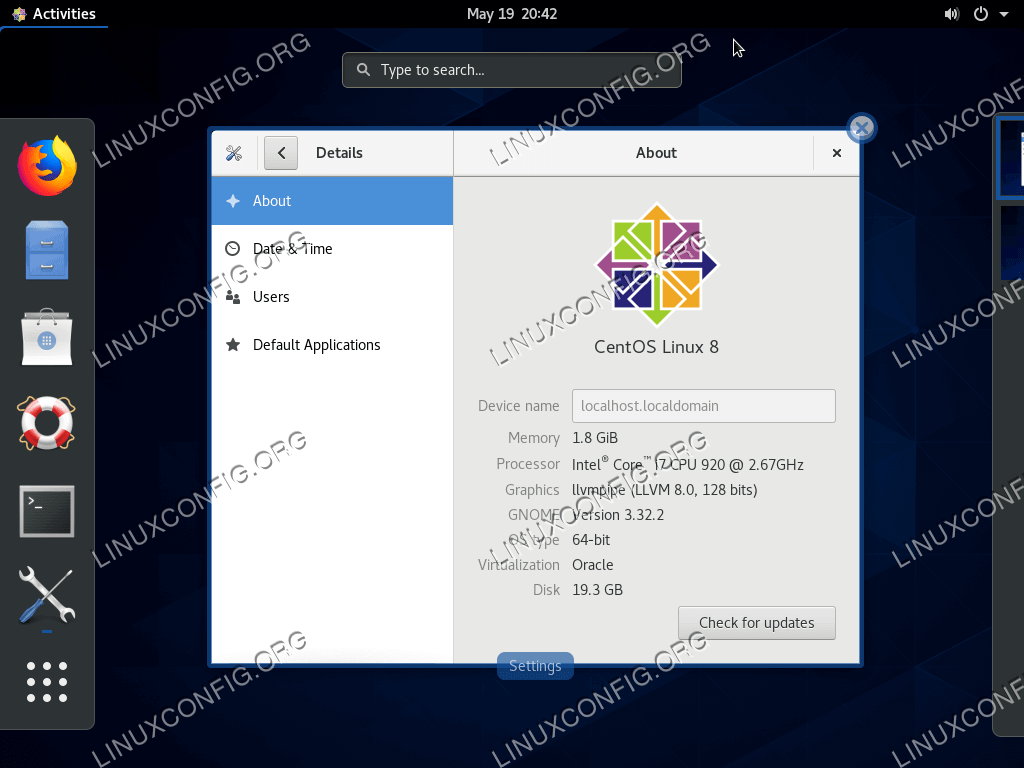 Before 2021, CentOS was regarded as an enterprise-stable, production-ready operating system that had been cloned from Red Hat Enterprise Linux. Sure, it had a few tweaks to set it apart from RHEL, but essentially, it was RHEL without the cost of a subscription.

That was the “old” CentOS. The “new” CentOS, aptly called CentOS Stream, will take a similar approach to Fedora, which acts as an upstream source for RHEL. This means that new features will be introduced into CentOS Stream, where the bugs are worked out, and ultimately the new updates trickle down to RHEL. RHEL enjoys supreme stability because of the tested distros, Fedora and CentOS Stream.

Sounds like a pretty good deal for RHEL users, doesn’t it? Yeah, but RHEL costs money and CentOS doesn’t. So it seems pretty obvious why Red Hat would introduce instability into CentOS, hindering the free alternative to RHEL, meanwhile boosting the stability of its flagship distro which pays the bills.

Some businesses have hundreds of machines running CentOS, which has historically been a very dependable operating system. It makes sense why they would be alarmed at the news of CentOS becoming a markedly less stable distro. Some may continue to use CentOS Stream, especially if they like testing the newest features and don’t rely on having extremely predictable systems. But it leaves the majority scrambling for an alternative before CentOS reaches its end of life.

All of this leads users and businesses to one question. Should we continue using CentOS (CentOS Stream, that is), or do we shift to a different distribution? The biggest feature of CentOS was its (free) stability. Without it, many have no reason to continue using it.

Fortunately, there are more than a few other Linux distros to choose from. New distributions like AlmaLinux and Rocky Linux are RHEL forks branding themselves as a CentOS replacement. You can even migrate directly from CentOS to AlmaLinux with just one command.

There aren’t many differences between CentOS and AlmaLinux, so production systems should be able to shift to the similar operating system and experience very little downtime. This can sound like a very attractive alternative to distro hopping to an entirely different ecosystem, like Debian.

In this guide, we went over the shift of CentOS to CentOS Stream. You now know what this shift means for businesses and end users that have been relying on CentOS for years. We also saw alternatives to the “old” CentOS, for those that don’t want to use CentOS Stream. Ultimately, the CentOS shift gives its users three options: switch to CentOS Stream, use a CentOS replacement, or distro hop entirely.