In this part of RHCSA exam preparation you will learn how to manually change into a different boot targets. This article will also teach you how to set a default boot targets to automatically boot into graphical or multi-user target on Red Hat Enterprise Linux system. 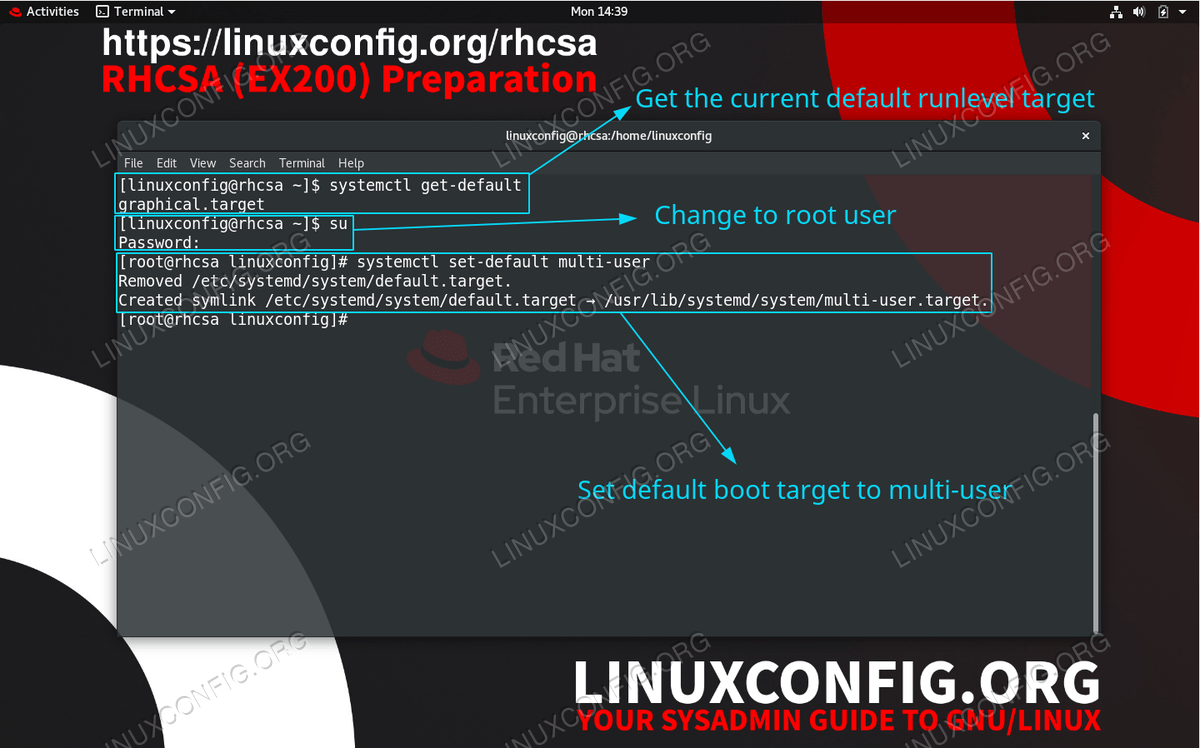 What are runlevel targets

You can think of boot target as specific level of operation. So for example if you prefer to use Graphical user interface ( given that GUI is installed ) you may want to change the level of operation to graphical.target. Similarly, for non-graphical multi-user operational level you will need to change to multi-user.target.

If you are familiar with SysV which was the default initialization standard for many GNU/Linux systems prior to the systemd proliferation you might recall the graphical target as runlevel 5 or multi-user target as runlevel 4. In fact not much has changed and the runlevel nomenclature still exist. Using the following command you can list all runlevel targets available on your RHEL system:

For all possible targets use:

HINT
On your RHCSA exam when you get stuck or simply cannot remember some of the above terminology regarding the runlevels consult the manual page by executing man runlevel command.

How to check and change default boot target

How to change manually into a different runlevel target

The above section, explained how to change a default runlevel. This means that the next time the system is rebooted it will boot into a user selected runlevel. Next, we will learn how to change runlevel on-fly without a need for reboot. This can be accomplished by the use of the systemctl command with a combination of isolate argument.

In the below example we will temporarily change from the graphical runlevel to multi-user target.