If you ever need to record your screen on Ubuntu Linux, there are a lot of tools you can use to accomplish the task. Not all Linux screen recording software is created equal, and you may find that one tool suits your scenario better than others.

In this guide, we’re counting down our top 5 favorite screen recorders for Ubuntu. We’ll also cover their highlighted features and show you how to install and get started using each one via apt package manager on command line. 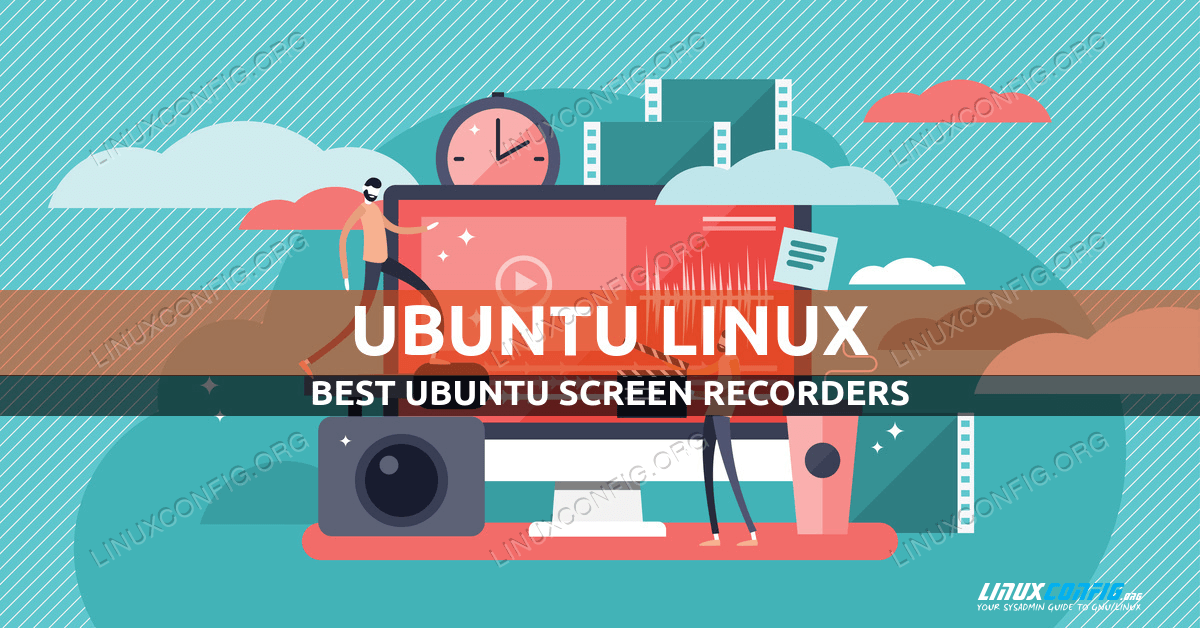 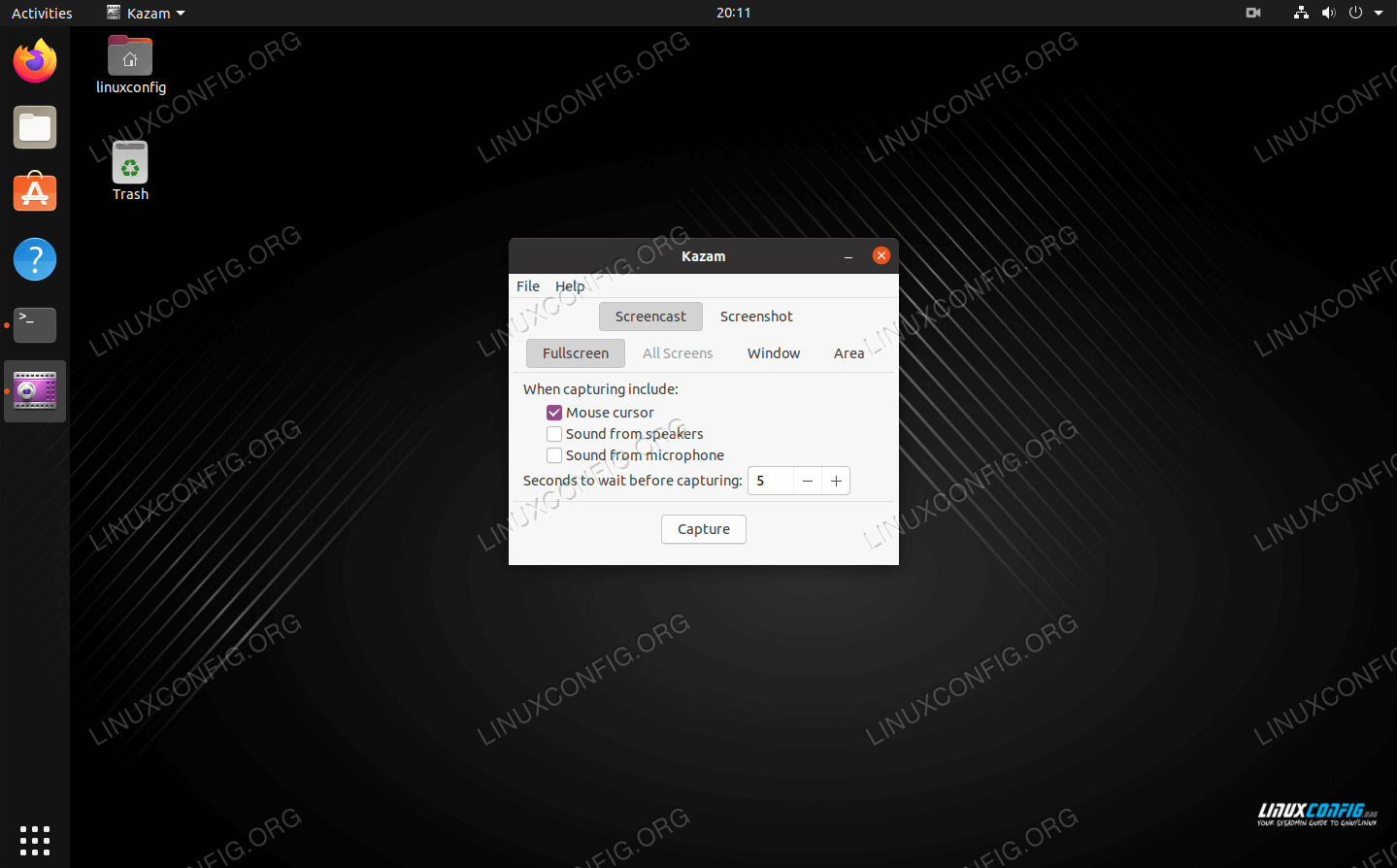 Starting off the list of screen recorders for Ubuntu is Kazam. We like it for its ease of use and straight forward interface. You won’t find a lot of features or options tucked away in any menus, and for most users, that’s perfectly fine. Less to configure means that you can record a video of your screen and be done quicker.

For more advanced users and those that wish to record a lot of screencasts, you may find Kazam’s no frills approach to be lacking important configuration settings. Still, it’s a great option when you just need a tool that does the job.

You can install Kazam on Ubuntu by opening a terminal and executing the following command: 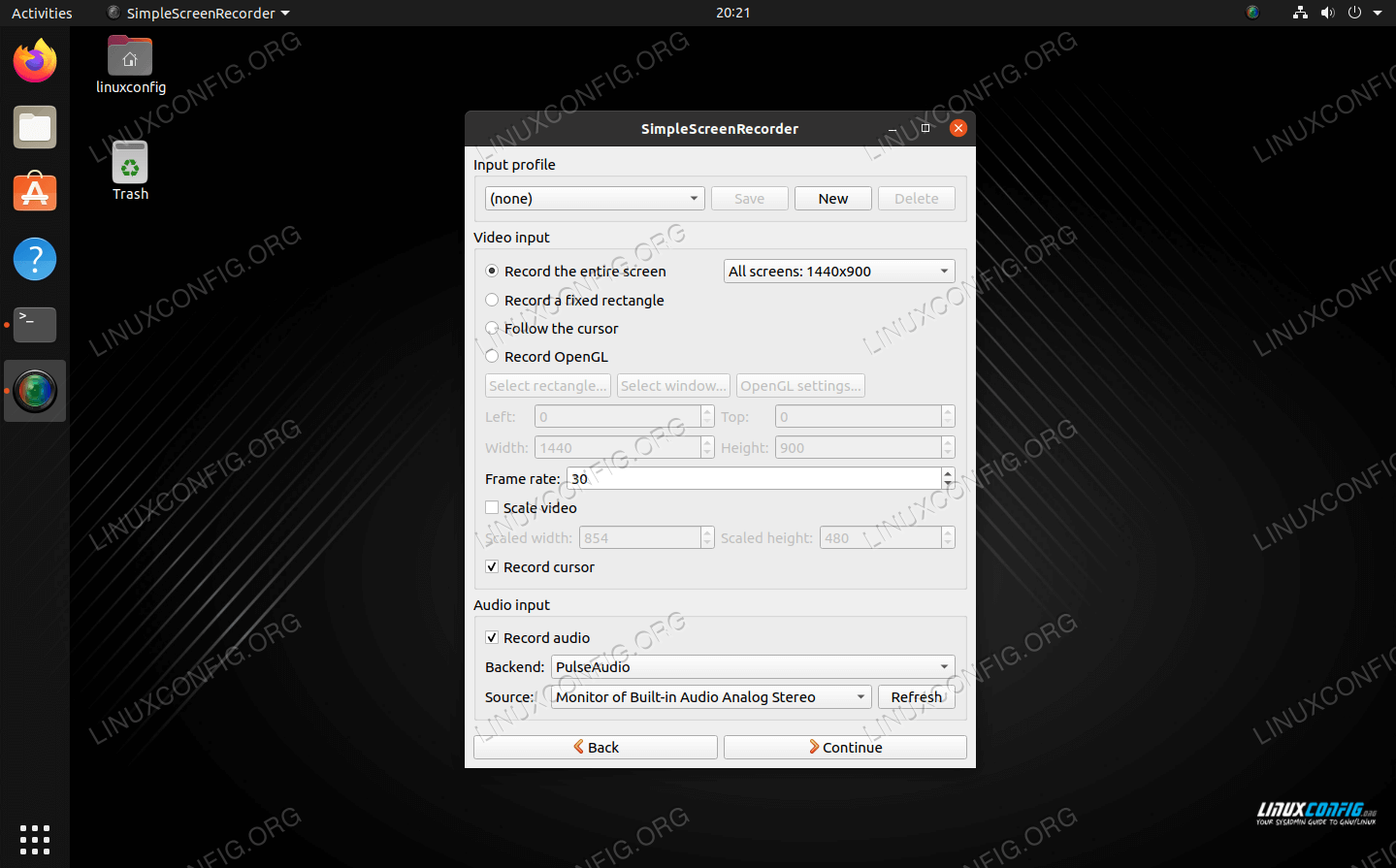 SimpleScreenRecorder lives up to its name by presenting all its options in a single menu. You can save multiple “profiles” with various settings, making it a viable choice for someone that does a lot of screen recordings with different settings.

The app gives you a live preview while you’re recording a video and provides file statistics. It also supports audio recording from a microphone or other application, and lets you choose from a few differnet video formats when exporting the final result.

You can install SimpleScreenRecorder on Ubuntu by opening a terminal and executing the following command: 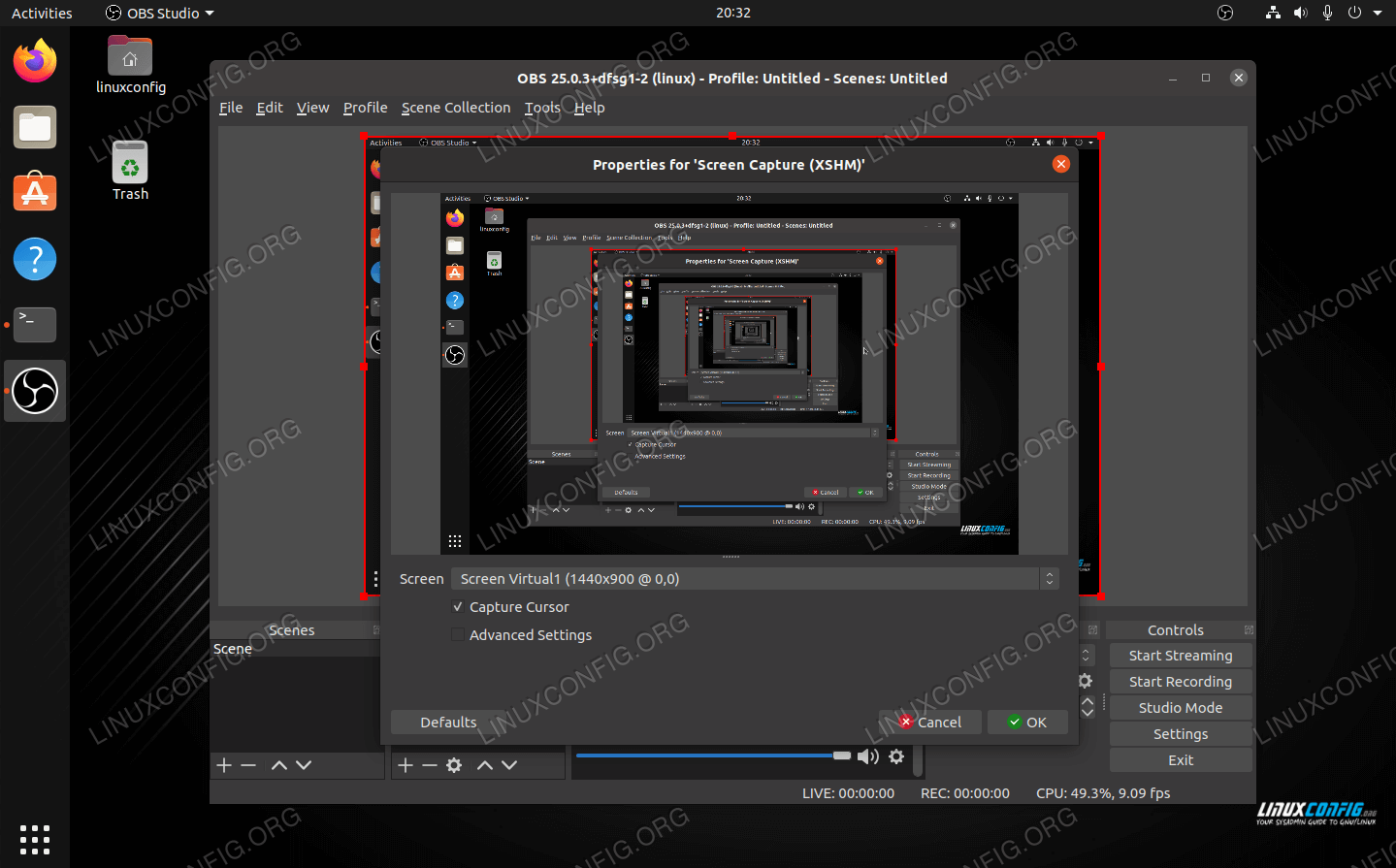 OBS Studio is for the serious screencasters – the ones who plan to release YouTube videos every week and need a professional grade utility for the job. It can record your screen but also perform streaming. It’s chock-full of powerful settings that can be tweaked and tailored for whatever type of video you need to record.

The only con with OBS Studio is that it can be intimidating to newcomers. If you’re just looking for a simple app to record a few screencasts, the software we went through above would probably suit you better.

You can install OBS Studio on Ubuntu by opening a terminal and executing the following command: 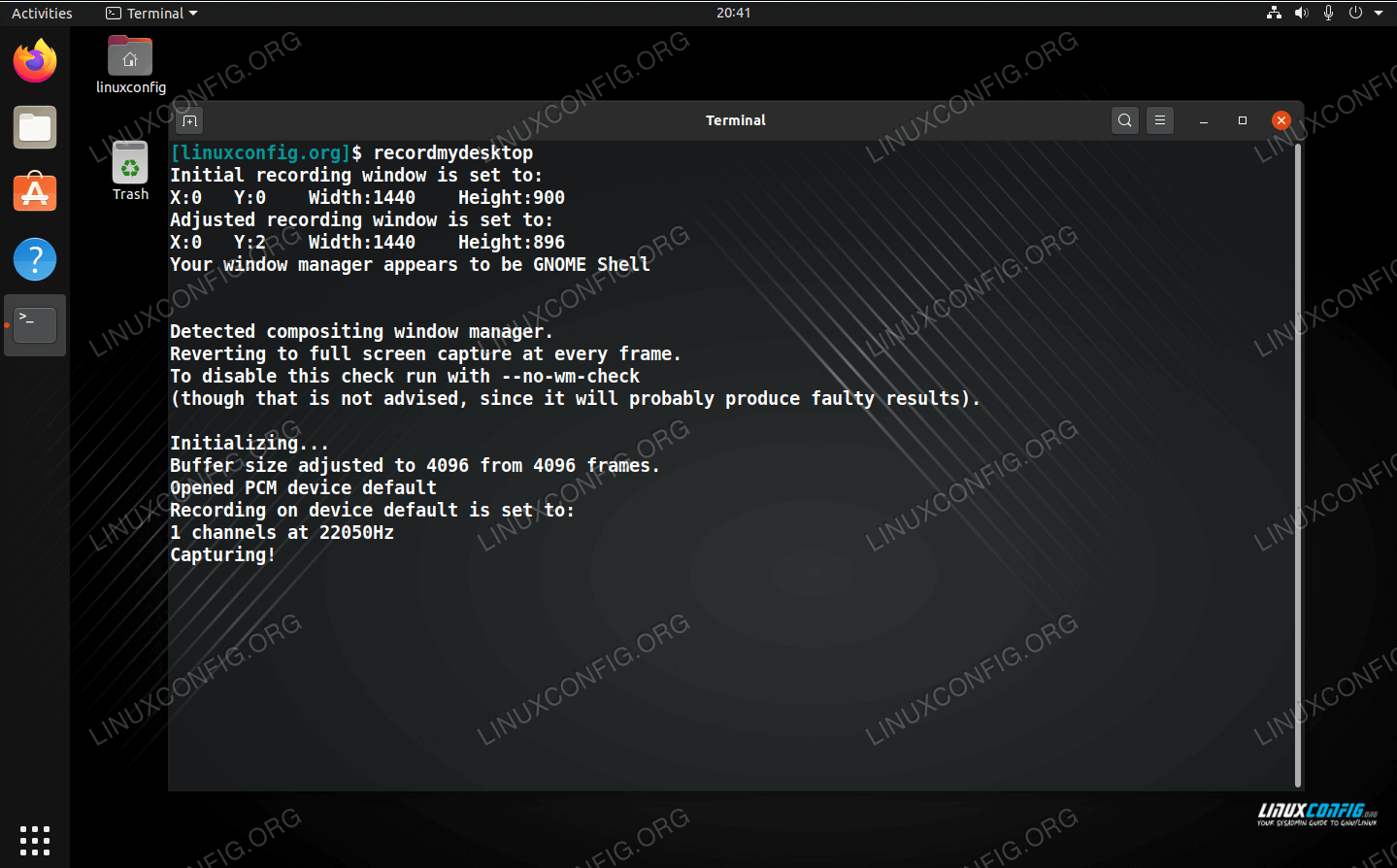 Just because you’re recording your screen doesn’t mean you have to use a GUI application. recordMyDesktop is a screen recorder that runs from the command line. This makes it incredibly lightweight, but also means you’ll have to do a little reading (think man pages) to understand all of its options.

Even without diving too deep, it’s easy to initiate a video recording with recordMyDesktop through the following command.

You can install recordMyDesktop on Ubuntu by opening a terminal and executing the following command: 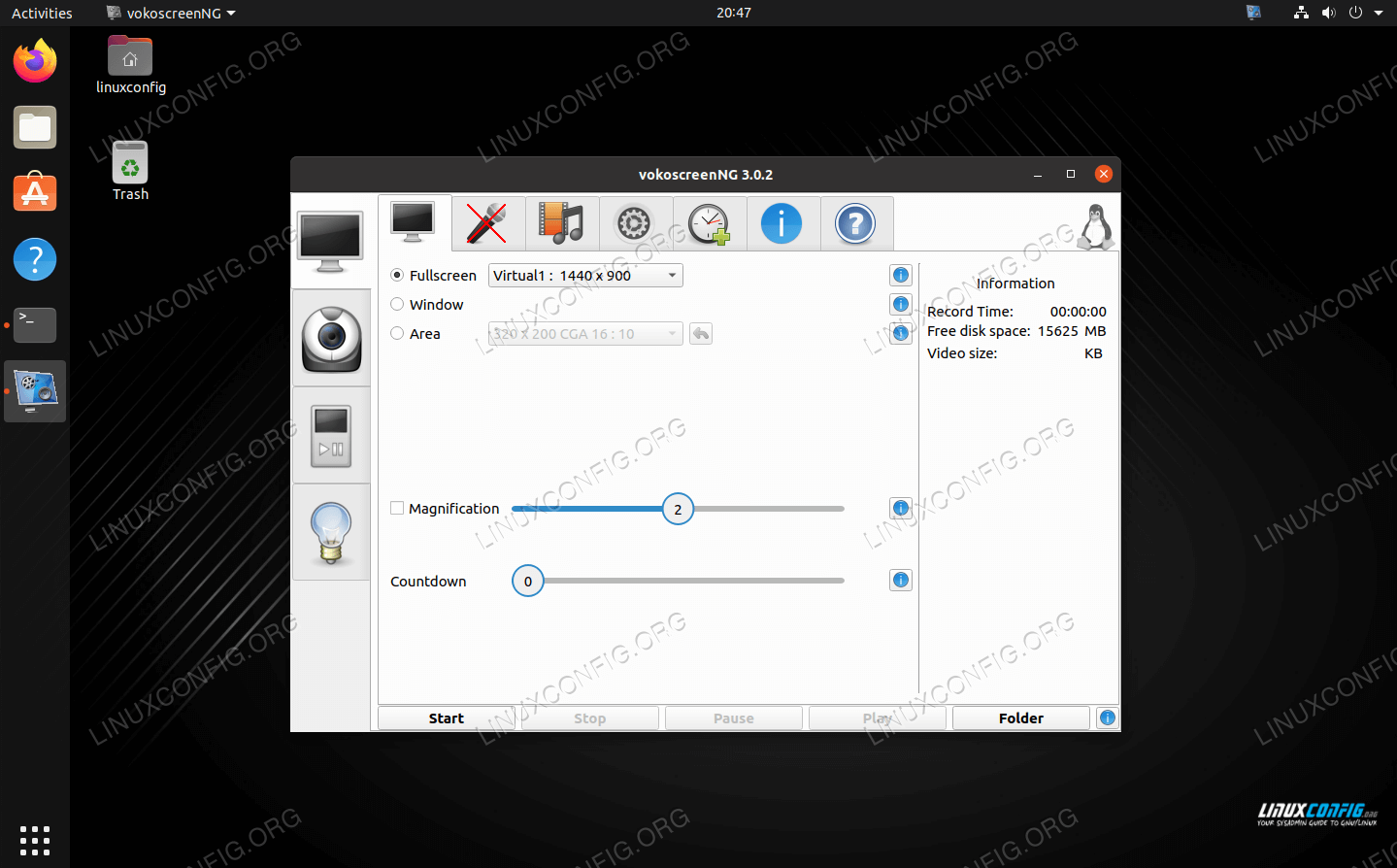 VokoscreenNG is somewhere in the middle of the pack, offering advanced features but not an overwhelming amount. Its interface is polished looking and easy to use, making it a top choice for someone who records on a regular basis.

You can install VokoscreenNG on Ubuntu by opening a terminal and executing the following command:

In this guide, we saw the top 5 picks for screen recorders on Ubuntu, as well as their hallmark features. There’s no shortage of screen recorders available for Ubuntu, but hopefully our guide has helped you narrow down a selection. We’ve carefully chosen a variety of recorders, each of which suits a different type of user.