Linux inherently works well for coding and testing software. For developers and programmers, almost any Linux distro will be a good fit. When it comes to picking a distro for developing, the biggest factor is just going to be personal preference. Even so, some distros offer certain features that developers may find particularly helpful for their work.

With so many choices available, the task of choosing a distribution can be overwhelming. At the same time, jumping ship to “distro hop” is very easy to do, and shouldn’t be discouraged, as it gives you an idea of what else is available. We aim to make your choice a little easier with this guide, where we list our top picks of Linux distros for developers.

Join us as we go over our top eight picks of Linux distros, presented in no particular order. Outside of this list, there are still many other good distros that you can try. And it’s important to remember that there is no wrong choice. Let the countdown begin. 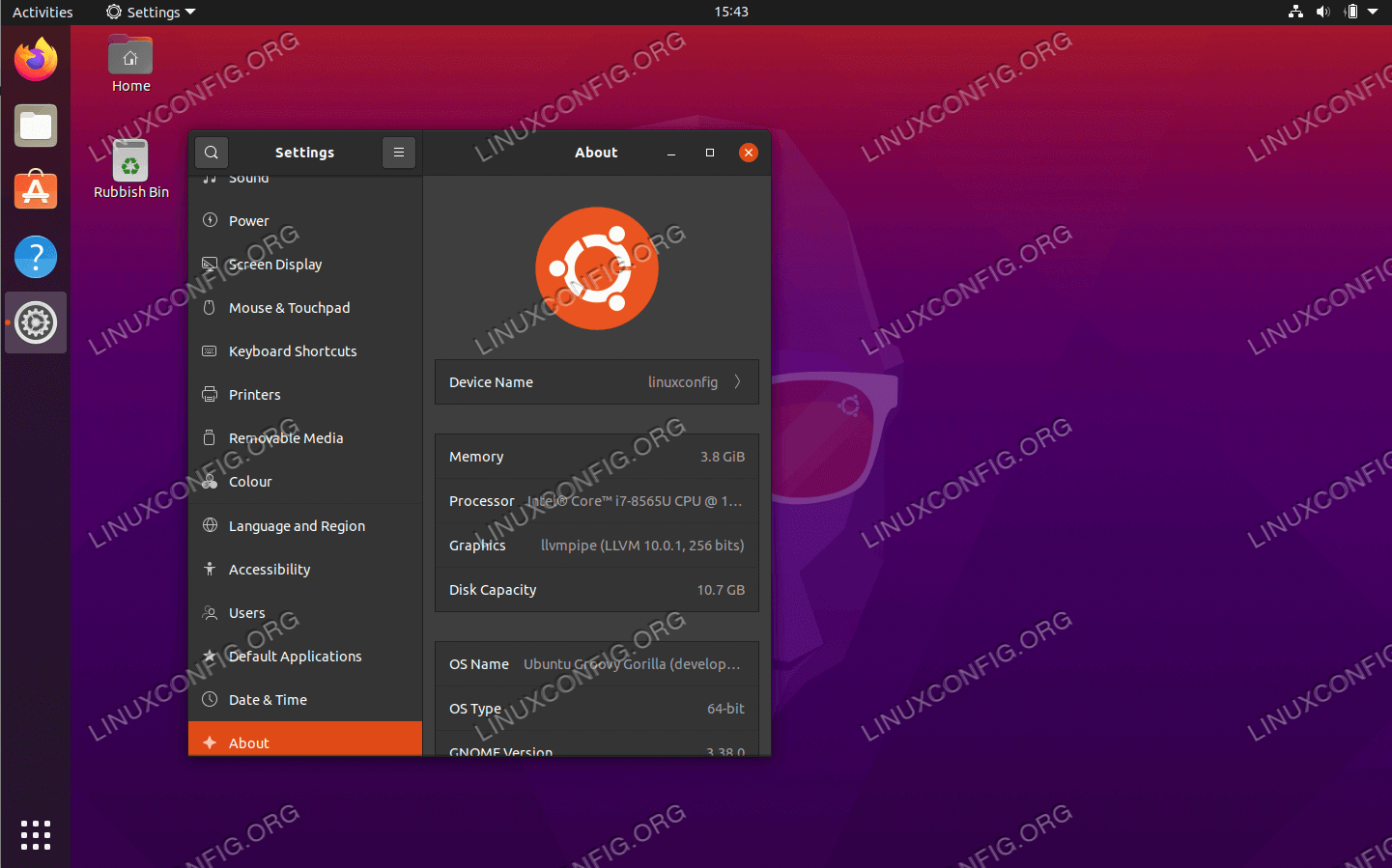 It might be a cliché to include Ubuntu on any “Best Linux distros for …” list, but there’s a reason for that. It’s a great distro for pretty much any purpose, including development. Its ability to cater to almost anyone is what’s propelled it into the sustained popularity that it’s enjoyed for many years.

Ubuntu comes with everything a developer needs. And if there’s something missing, it will be very easy to install with the APT package manager, Software Center, or Snap package manager – all of which are included and enabled by default.

You can download either Ubuntu Desktop or Ubuntu Server, depending on the environment where it’ll be deployed. Ubuntu Desktop also has a slew of “flavors” to choose from, which allow you a customized experience right out of the box. The flagship download ships with GNOME, but alternative downloads for KDE, LXQt, Budgie, MATE, and Xfce are also available. There’s also Ubuntu Studio, which comes preloaded with tons of tools for video and music production. Rounding out the lineup is Ubuntu Kylin, which has been optimized for Chinese users.

There’s something for everyone in Ubuntu. And convenience is the name of the game. Grab a copy by heading over to Ubuntu’s website and clicking “download” at the top. 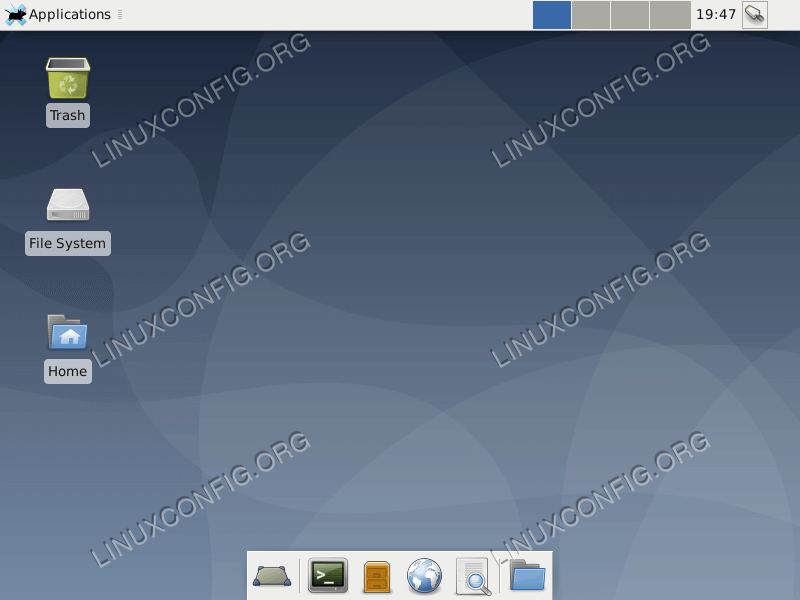 Linux would not be the same without Debian. It’s one of the oldest distros that’s still maintained, preceded only by Slackware, and has been the basis for hundreds of other distributions, including Ubuntu. Debian works great as a desktop or server distro, so it’s a good candidate for testing out a variety of applications.

Debian has a staggering number of packages available for installation from the default software repositories – a trait that it passes down to many of its offspring distros. But the thing that really makes it attractive for developers is that there are three different branches of Debian.

Debian’s main download is, of course, from the stable branch. But there’s also the testing and unstable branches. As Debian’s site indicates, these branches are mainly used by developers. It gives you access to the newest software, which hasn’t been tested enough to be determined stable. This gives you (the developer) a chance to see how the upcoming updates will impact your own code. 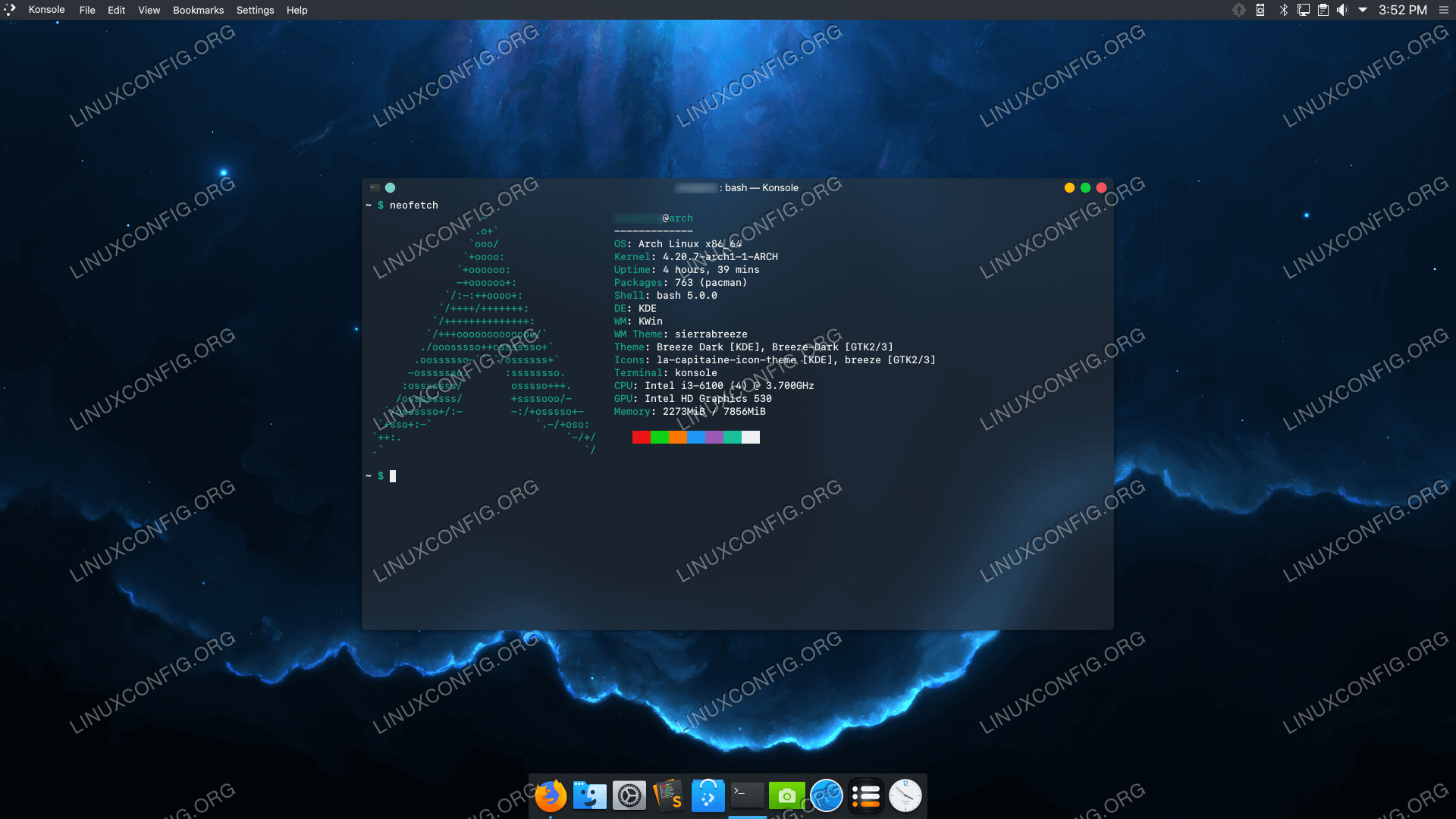 Users love Arch Linux for its ability to customize – to the max. From the time you encounter the first installation prompt (or lack of one), Arch does very little hand holding, forcing the user to choose exactly what will be on their system. Having the option to fully customize your system is appealing to developers, who get to handcraft their testing environment.

Arch also sits close to the bleeding edge. It uses a rolling release schedule, and is constantly pushing updates. This is a positive for developers, who need access to ever-changing technology.

If this wasn’t enough, Arch’s pièce de résistance would have to be the Arch User Repository (AUR). The AUR is basically a huge repository of community submitted packages. Almost anything you could want to install is available in the AUR, and it’s very simple to retrieve packages from it. There are also a lot of development and unstable versions of software there, in case you want to sit even closer to the edge than Arch’s default repositories do. 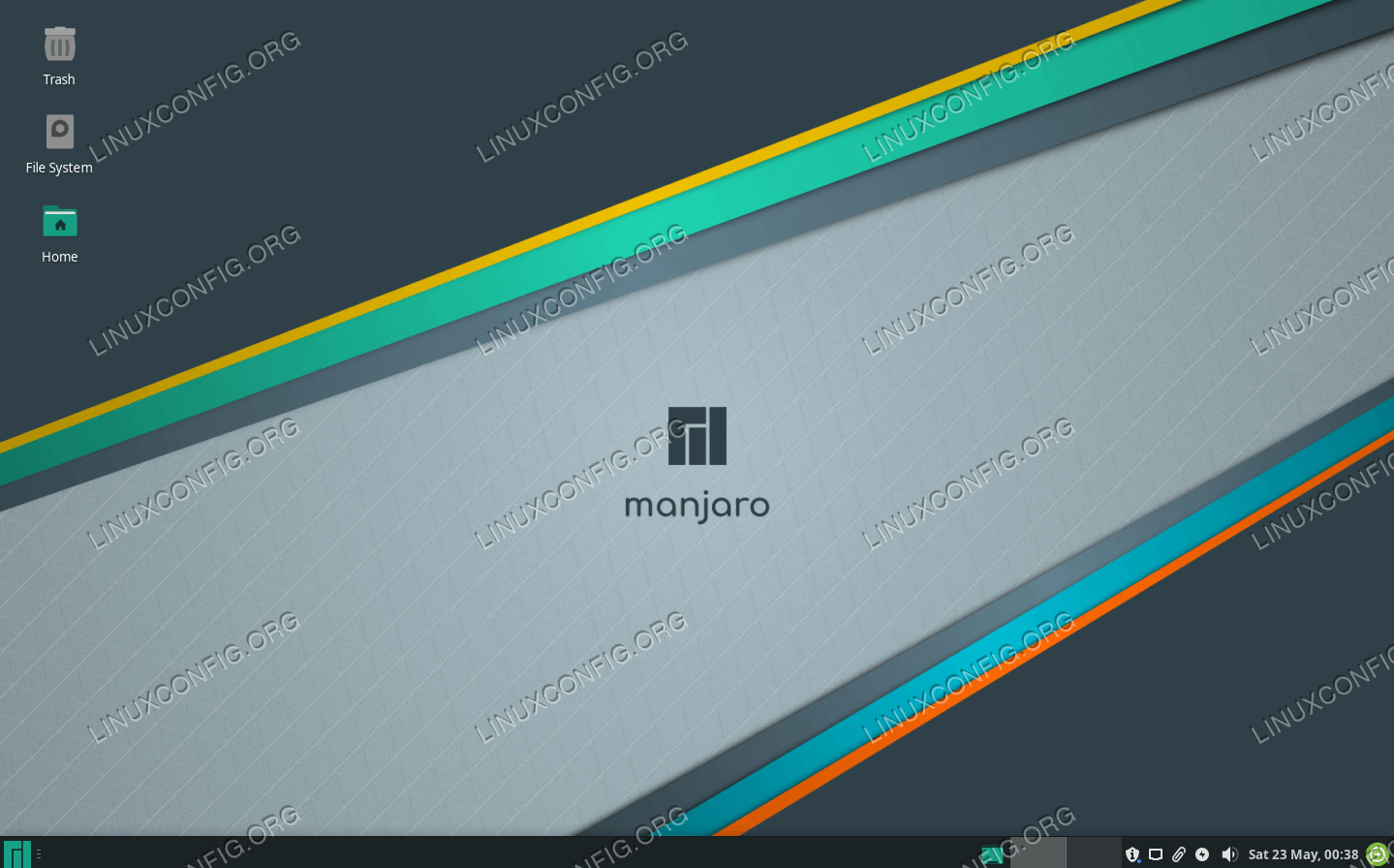 Manjaro is based off of Arch Linux, so it inherits its two best qualities: extreme ability to customize, and access to the Arch User Repository. And then it adds a quality of its own, which is user-friendliness. Manjaro is easier to get up and running than Arch, so you can get back to developing sooner.

It includes all the essentials a developer would need, but not many extras. Those who have embraced Manjaro will consider this a positive, as Manjaro stays very lean and free of bloat, but includes enough to not slow you down with installing everything manually.

Manjaro’s rolling release updates, bleeding edge software, and integration with the AUR make it a very attractive choice for developers.

Head over to Manjaro’s download page to get the latest ISO installer images. 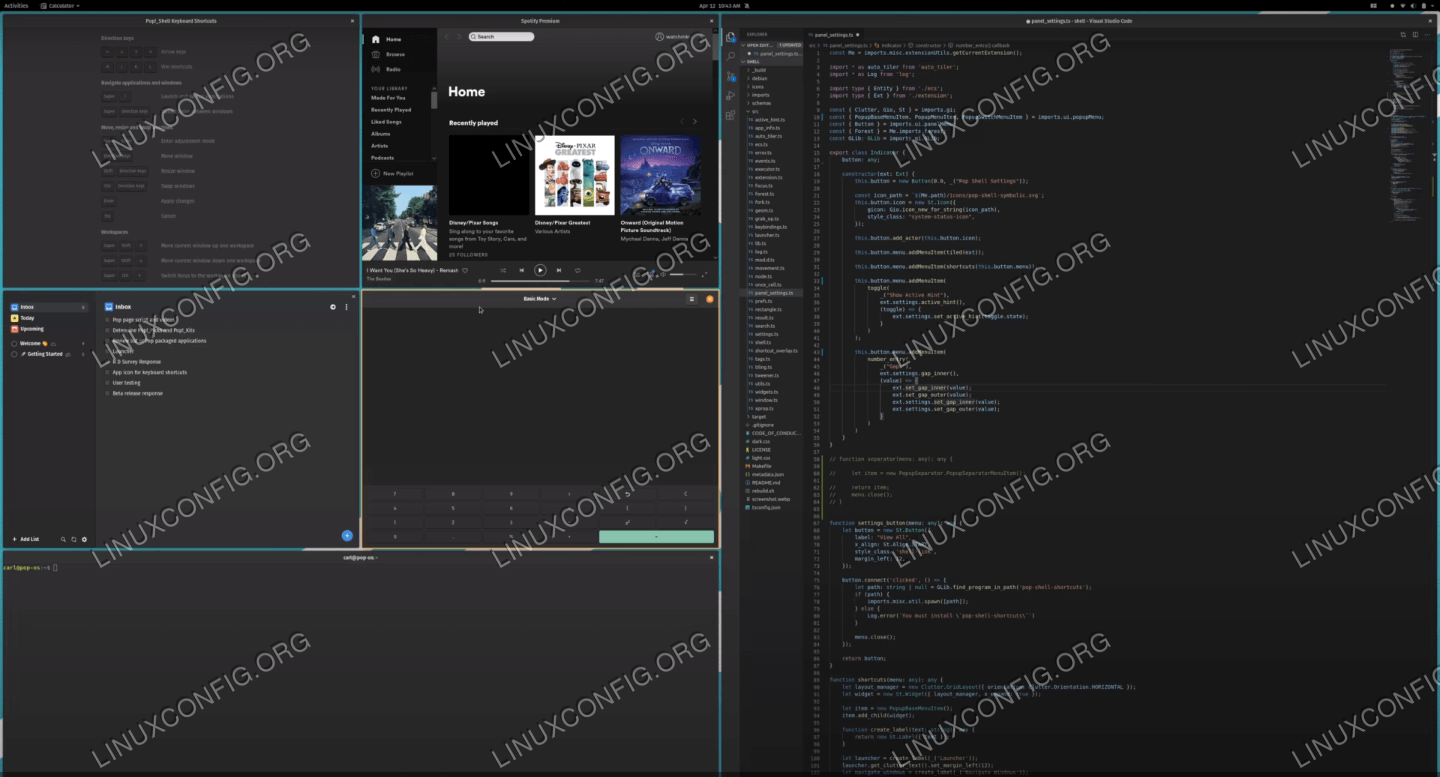 System76, a computer hardware manufacturer, created Pop!_OS for implementation on their own products. Previously, they would ship their computers with Ubuntu installed. This was before they decided to make their own derivative of the operating system.

Pop!_OS functions much like Ubuntu, but the main difference is the overhauled desktop environment. Pop!_OS runs a modified GNOME desktop environment, which has been streamlined to help users manage their workflow. A full list of unique conveniences would be too long to list, but include workspaces, keyboard shortcuts, and window stacking. After working with it for a few minutes, you’ll find windows and applications very easy to manage and run simultaneously.

This is music to the ears of developers who work with tons of open windows at the same time. Pop also handles multi monitor setups intelligently, and lets you manage windowed applications optimally. Pop!_OS is a great choice for developers that work on their PC for hours a day. The fluid graphic environment and packaged toolkits are decidedly simple.

Grab the latest ISO installer images of Pop!_OS from the distro’s download page. 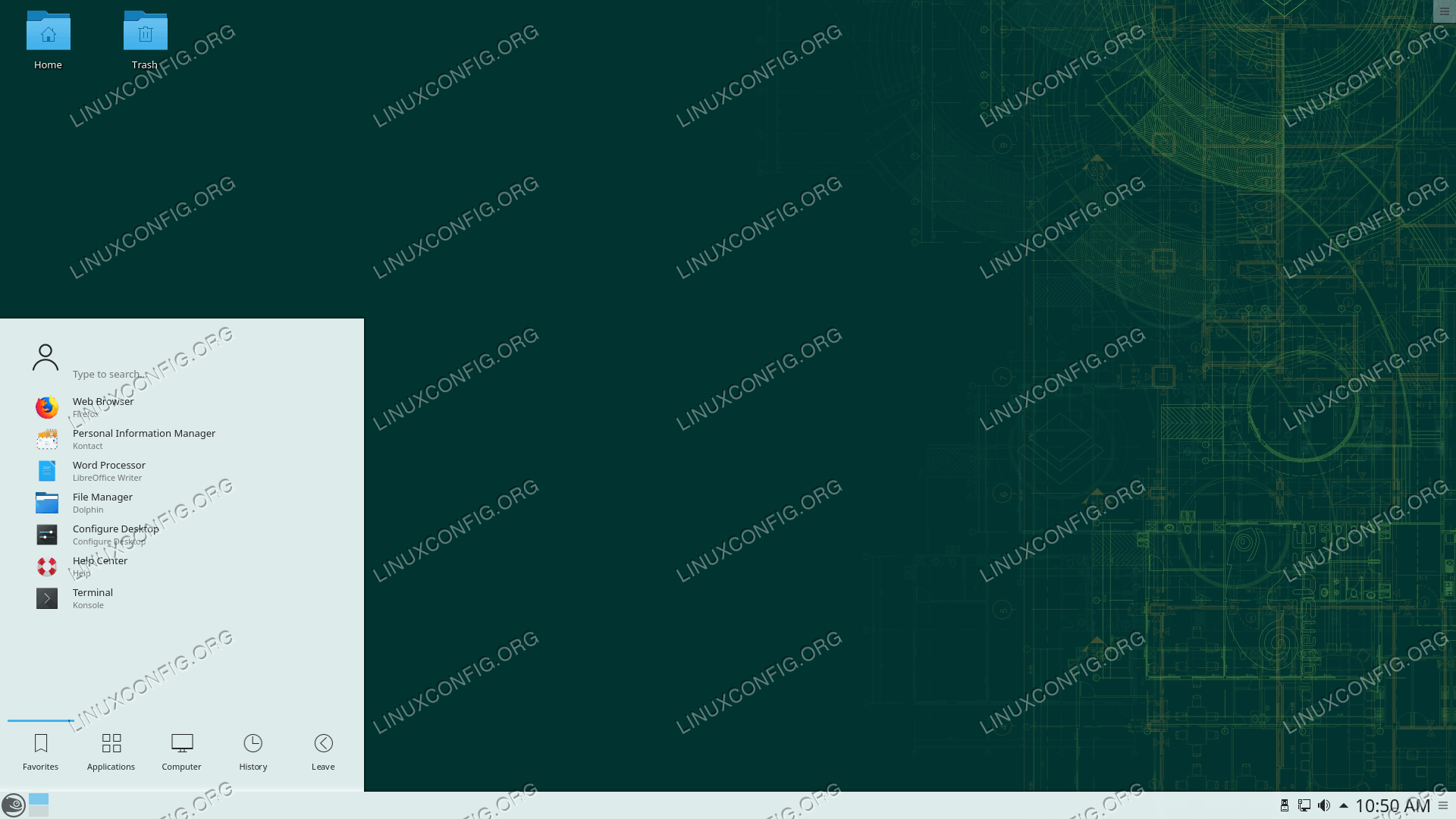 openSUSE is powered by SUSE, the German company behind one of the most revered enterprise distros. It features two different releases, named Tumbleweed and Leap. The former is a rolling release that features brand new Linux software, and the latter is the more stable, normal version of the operating system.

This gives developers the freedom to choose between the latest software or a more stable system. One of openSUSE’s biggest selling points is the YaST configuration tool. YaST gives users the ability to install software, configure hardware, and even deploy networks or servers. This is great for developers, who need a controlled environment to test drive their own code.

The operating system has a longstanding reputation for being very secure and stable. It’s backed by a big community and years of documentation, so developers won’t need to waste much time fiddling with their system. Fedora has a lot of features that make it perfect for developers. It’s maintained by Red Hat, who introduces the newest Linux packages into the distro as a way to test their stability before incorporating them into Red Hat Enterprise Linux.

Fedora has a Workstation and Server edition available, and a variety of “spins” with different desktop environments preloaded. This makes Fedora quite customizable out of the box. Fedora pushes new versions of the system every six months, so this distro is always moving. It gives developers sooner access to new software than many other distros would.

Since Fedora is the upstream source for RHEL, it also has a supreme influence over CentOS and Oracle Linux. Software that works on Fedora should almost certainly run well on these other server and enterprise class distributions – another plus for developers. 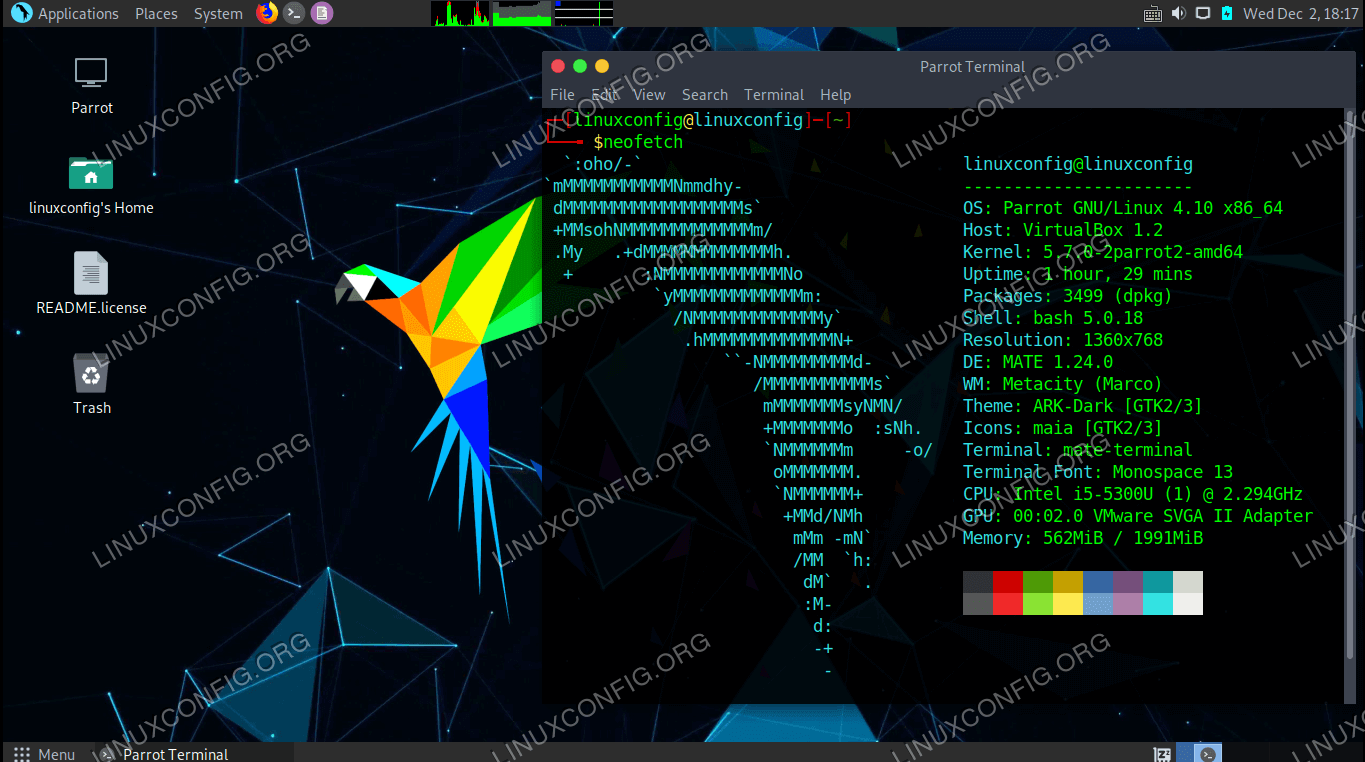 I wanted to throw in at least one distro that may make our readers raise an eyebrow. Something to pique your interest. And Parrot OS should fit the bill perfectly. It’s a Debian based distro that’s made a name for itself as a penetration testing system. In that respect, it’s quite similar to Kali Linux.

At the same time, it’s not. Parrot OS comes with a lot of penetration testing and hacking tools installed by default, but only in its Security edition. There is also a Home edition, which is intended as a daily driver and doesn’t already have the hacking utilities. However, it comes with a slew of components and features that help protect your privacy.

It has native access to Debian’s repos, which means you can install just about anything you’d like. Parrot’s flagship download with the MATE desktop environment is very easy on the eyes, making it a joy to use. The Parrot developers say their distro is made especially for security experts, digital forensic experts, computer science and engineering students, researchers, wannabe hackers, software developers, journalists, and law enforcement.

Take this hidden gem of a distro for a spin by downloading an ISO installer from the official site’s download page.

There are a lot of Linux distributions out there, and quite honestly, almost any of them would work well for a developer. In this list, we’ve tried to compile only the best of the best – the tried and true distributions that are guaranteed to accommodate a developer’s needs.

All the distros on this list have a solid track record. Choosing one from this list will mostly depend on your personal preference, as all of them will benefit a developer.