BackupPC is a free and versatile backup suite that can run on Linux systems and supports several protocols like NFS, SSH, SMB, and rsync. It can be used to backup numerous Linux, Mac, and Windows machines.

It has a lot of nice features like automatic backups and a web interface as its control panel. It also uses file compression and hard links to try and minimize the amount of space that your backups consume. Thus if a file is present on multiple machines, BackupPC is smart enough to only store a single copy of that file in the backup.

In this guide, we’ll show the step by step instructions for installing BackupPC on popular Linux distributions like Ubuntu, Debian, and CentOS. We’ll also cover some initial configuration so you can understand how to setup backup tasks within the program. 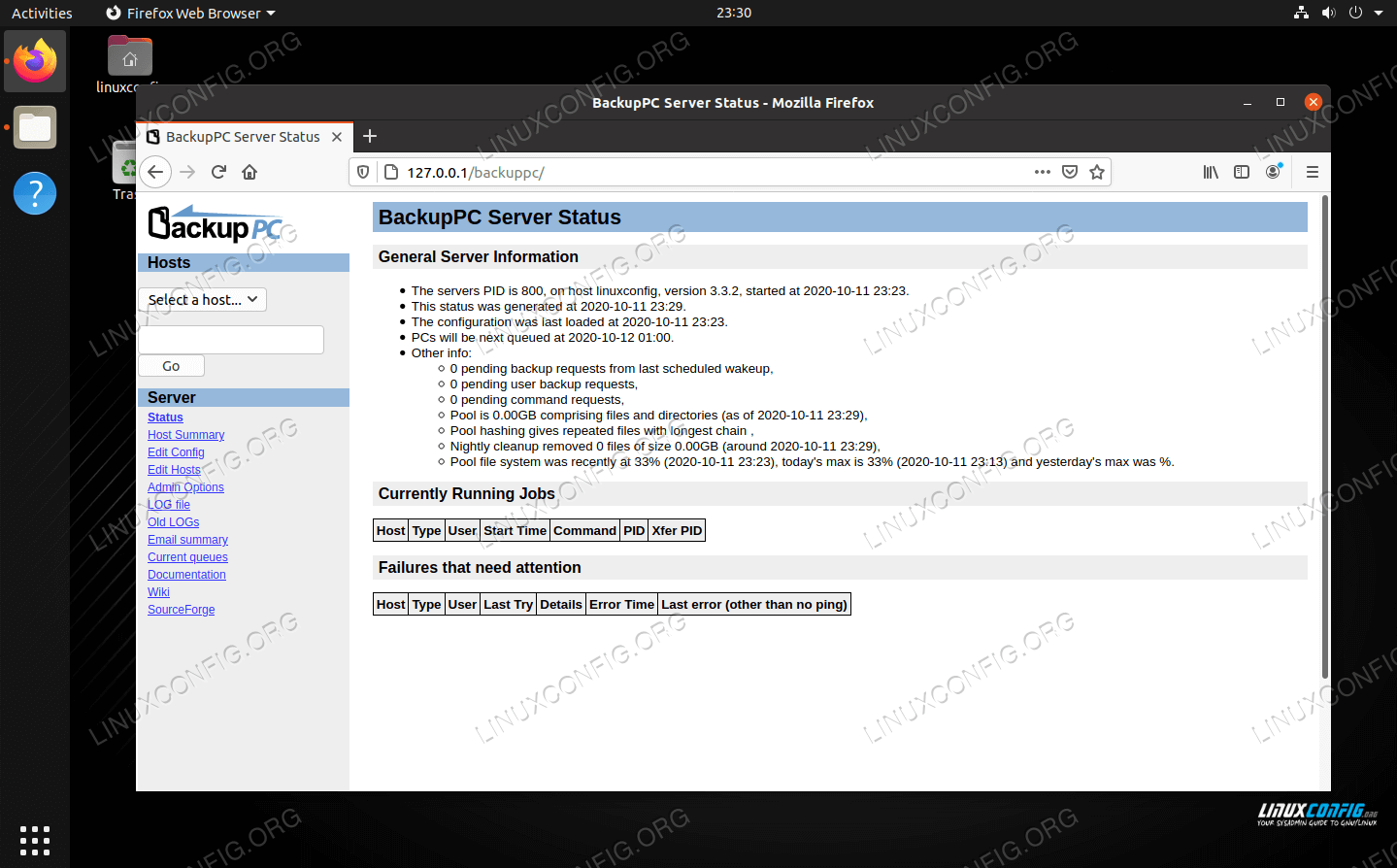 The first step is to install the BackupPC software, and the command to do that will vary depending on your distro. Note that BackupPC will also install quite a few dependencies, including Apache which is used for BackupPC’s web based control panel. Use the appropriate command below to install BackupPC on your system.

To install BackupPC on Ubuntu, Debian, and Linux Mint:

To install BackupPC on CentOS, Fedora, and Red Hat:

To install BackupPC on Arch Linux and Manjaro:

During installation, BackupPC may prompt you with a few configurable options. Firstly, you can configure a mail server so BackupPC can send email alerts and statistics regarding backup jobs. If this doesn’t interest you, just select ‘no configuration’. 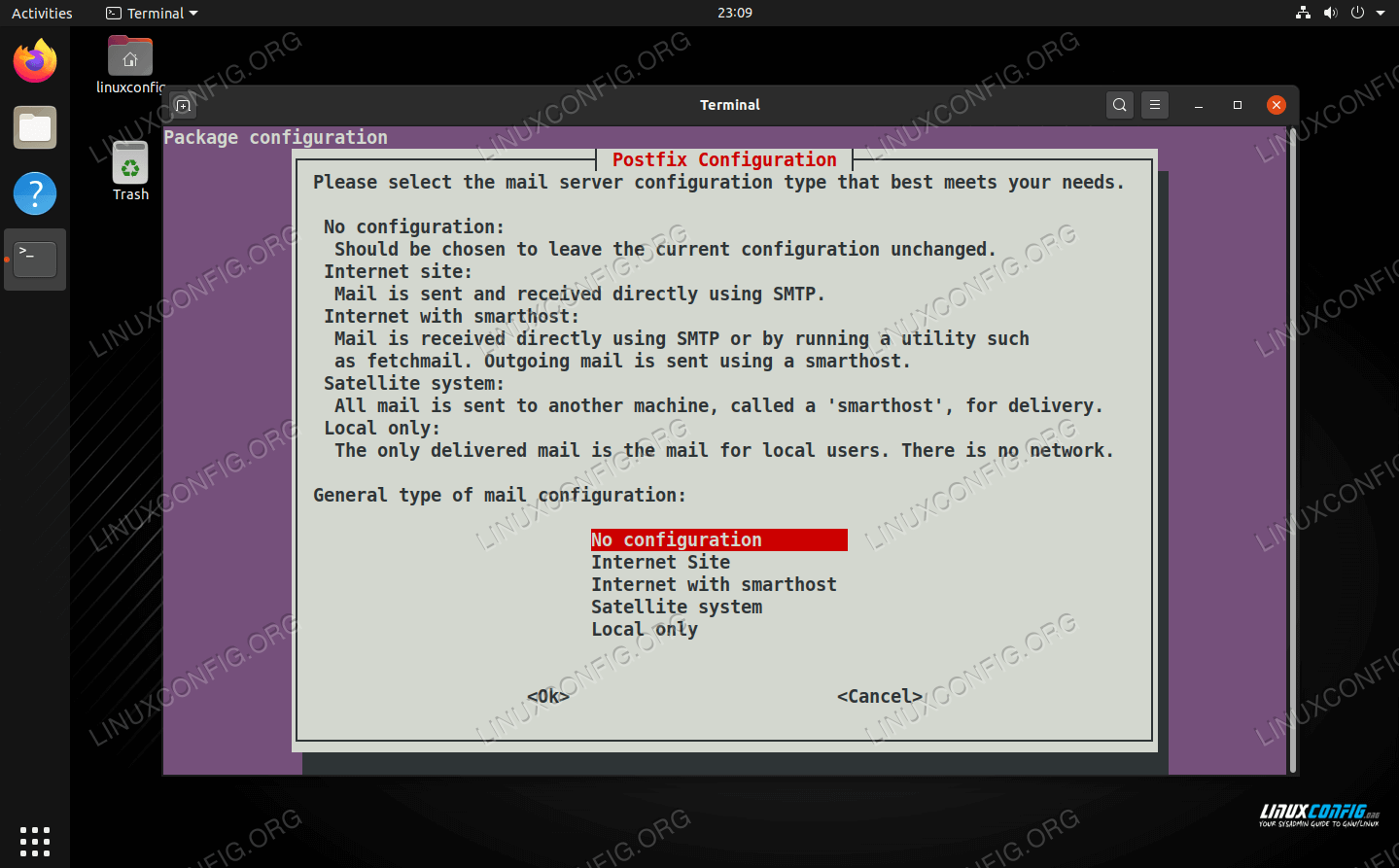 BackupPC will also let you choose which web server to use, although it’s ideal to use Apache. You may only see one selection if you don’t have other web servers installed. 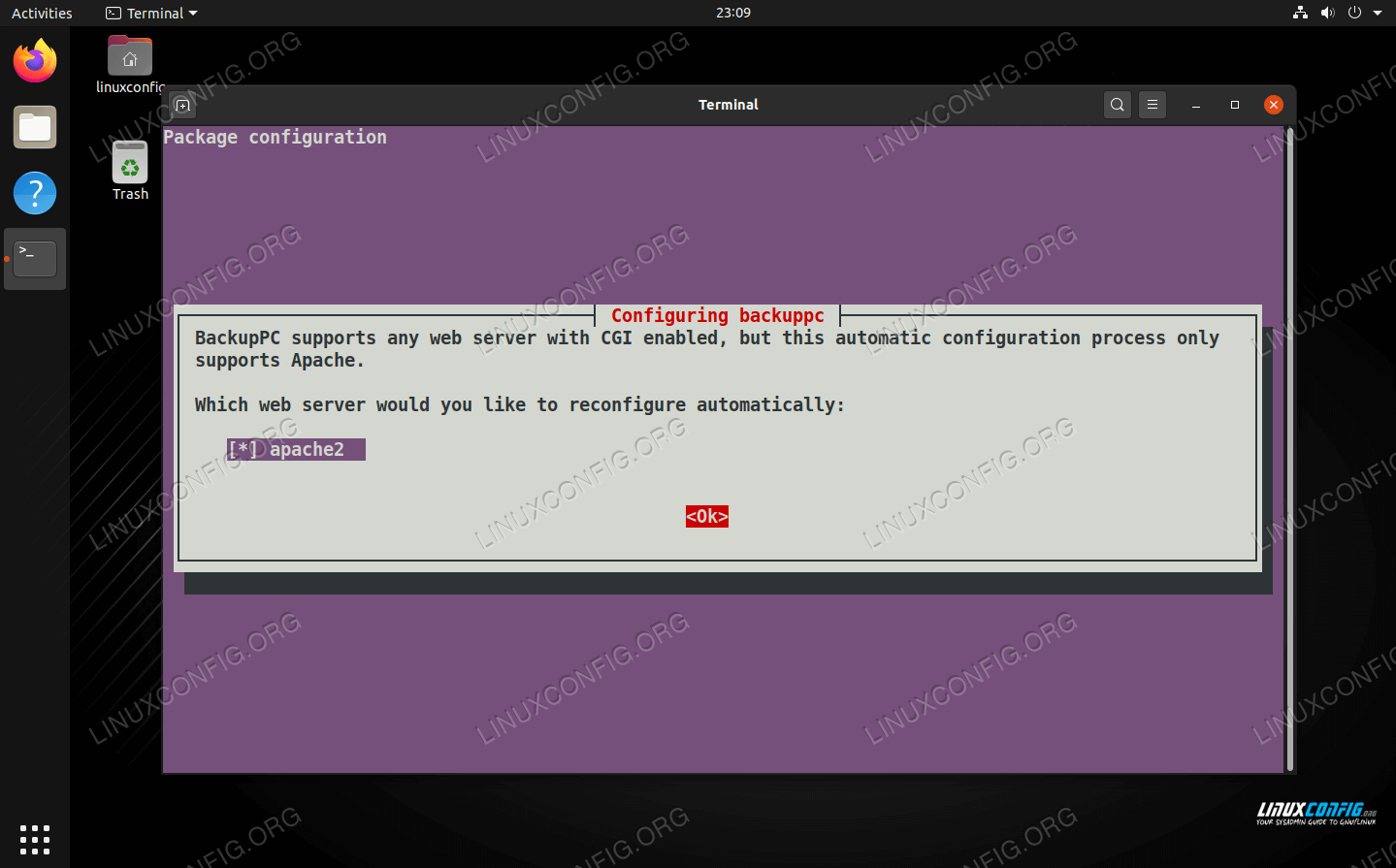 A new web user is automatically created so you can login to BackupPC’s control panel to manage your backups. Make note of this information as we’ll need it for logging in later. 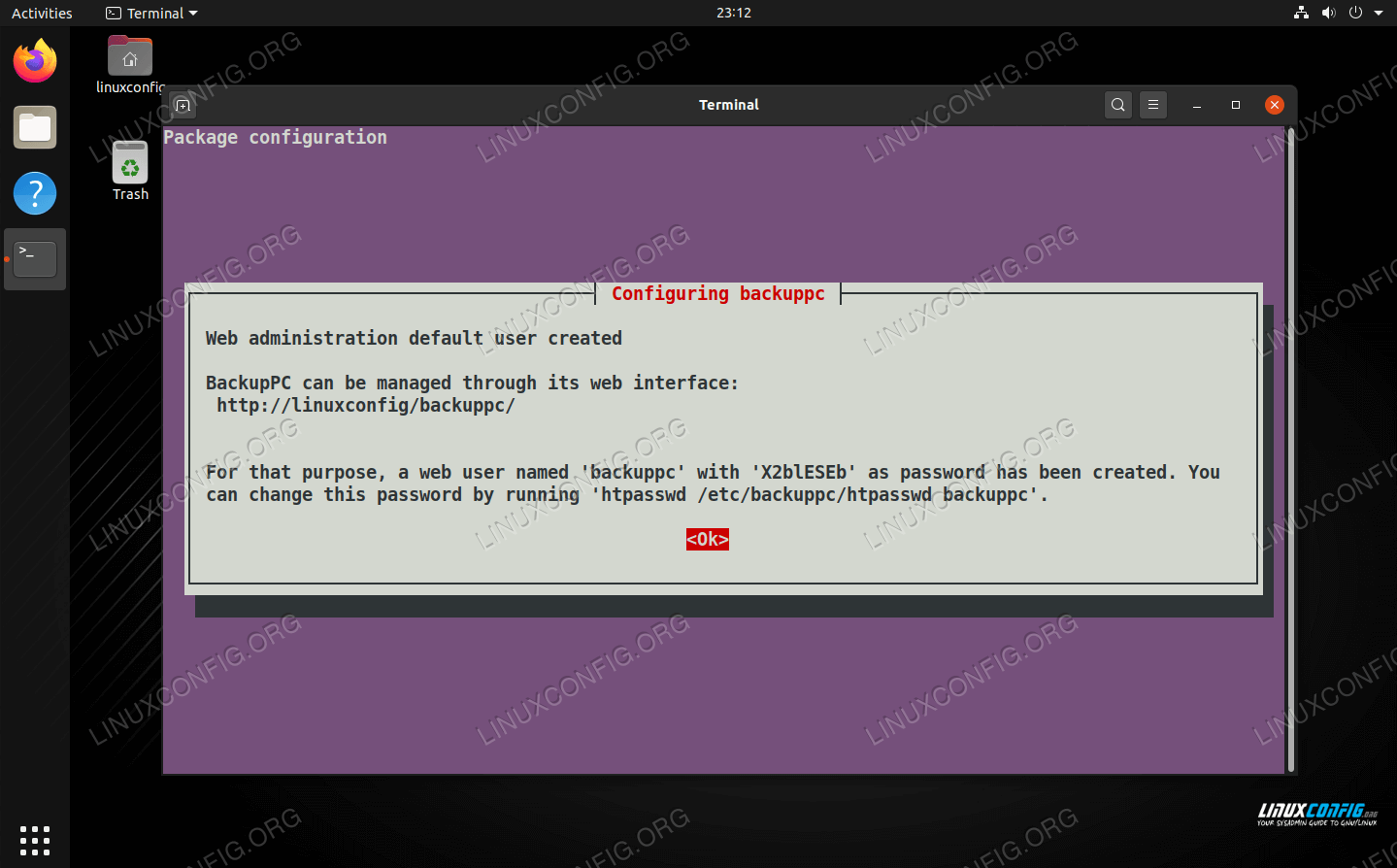 BackupPC should now be installed and we can move on to the initial configuration, which is covered in the section below.

BackupPC can technically be managed from the command line and has a slew of commands and configuration files available for it, but it’s definitely easier to use the provided web interface to set everything up.

Navigate to the web control panel by typing http://localhost/backuppc into a web browser. Alternatively, use your hostname or loopback IP address 127.0.0.1. When presented with a login prompt, enter the information provided during the setup to login. 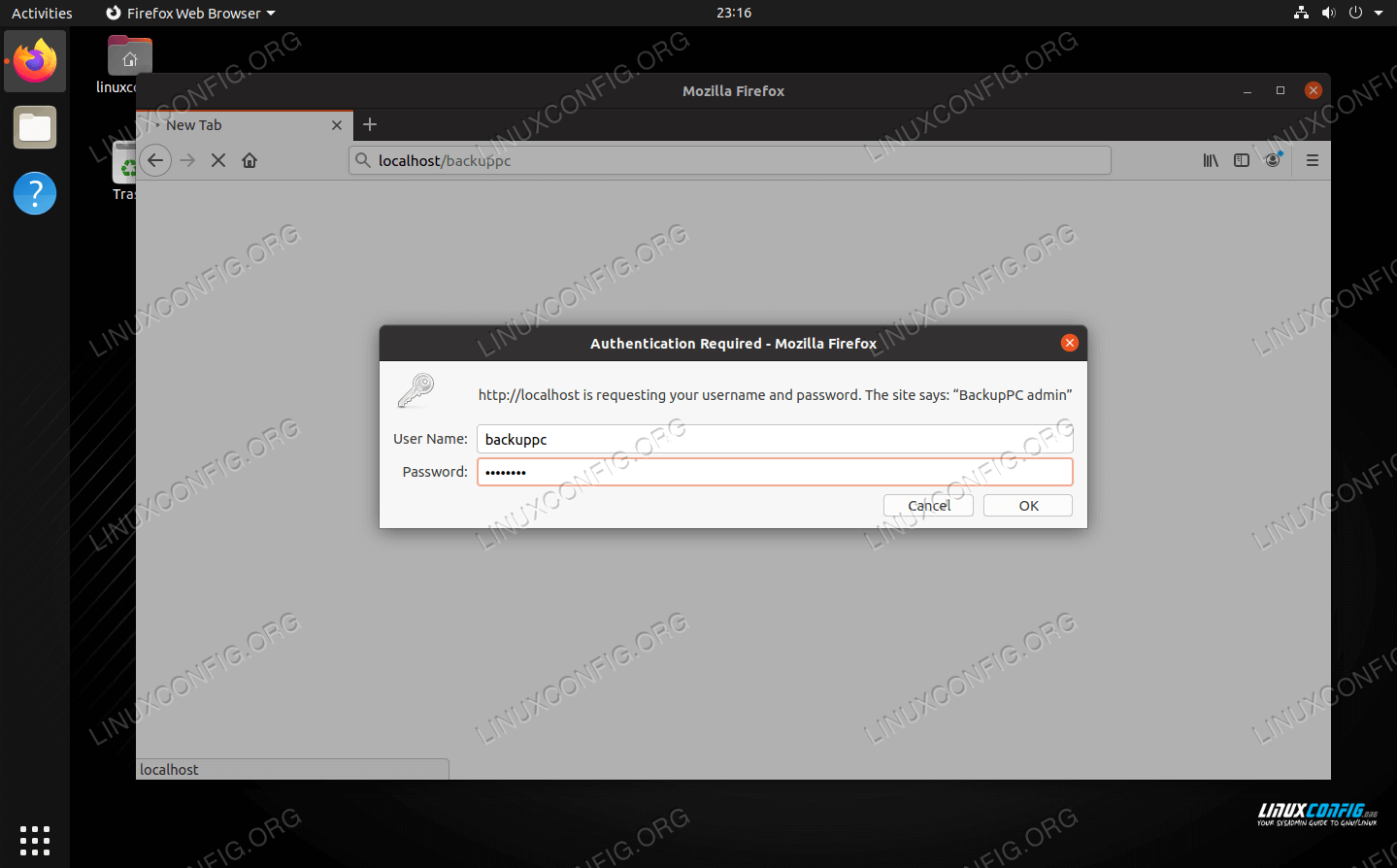 From this panel, you can add other computers to your backup config and configure how they will be backed up. Try adding new hosts under the “Edit config” link. 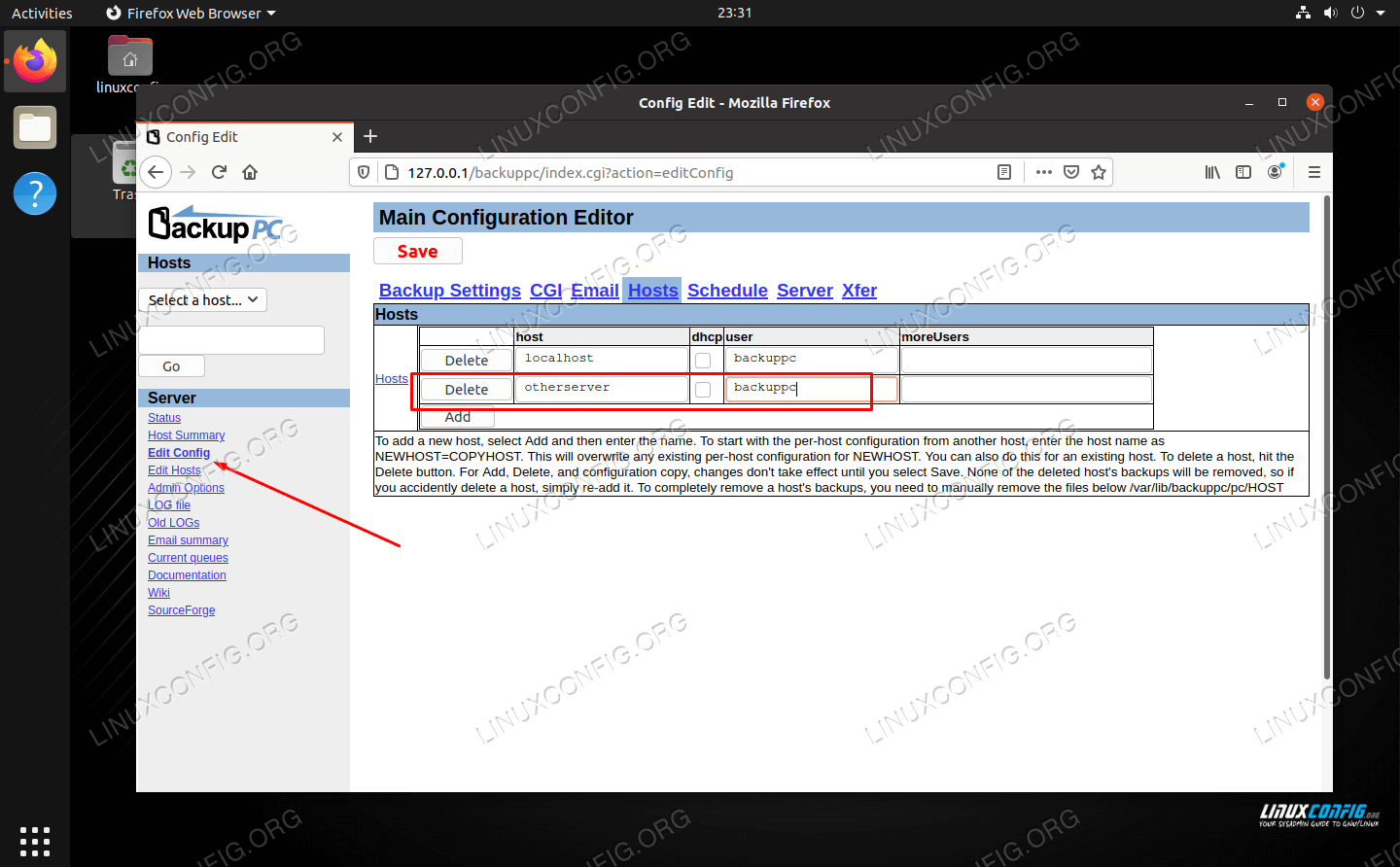 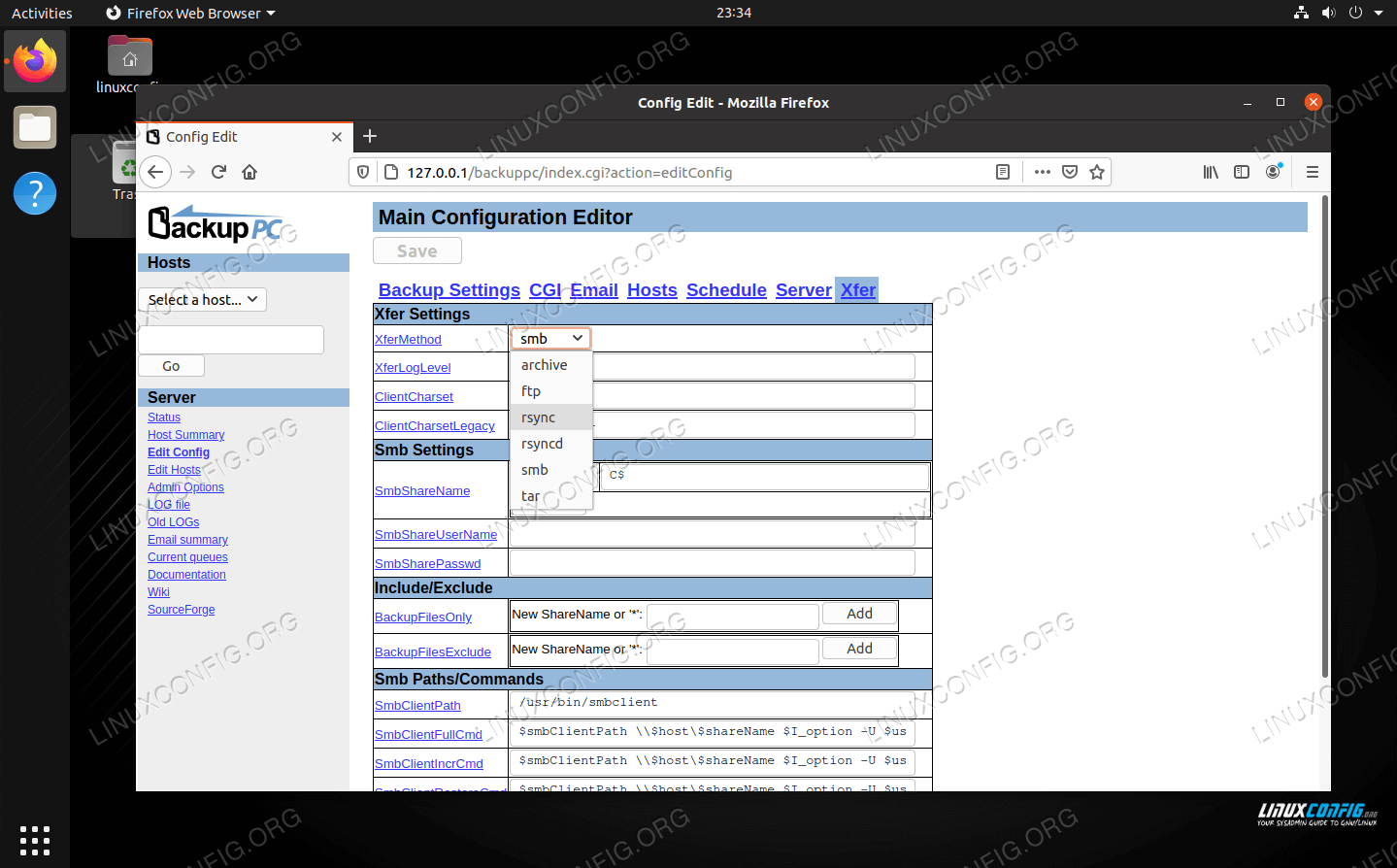 Finally, use the schedule tab to tell BackupPC when it should perform a backup job. Afterwards, you can continue using this control panel to see a full list of your backups, as well as to browse the files and see other pertinent information.

In this guide, we saw how to install and configure BackupPC on most popular Linux distributions. BackupPC takes a lot of the hassle and guess work out of managing your backups, while using all the most common protocols for the job, like rsync. This guide should be enough to get you started, although there’s a lot more configuration that can be done to BackupPC.