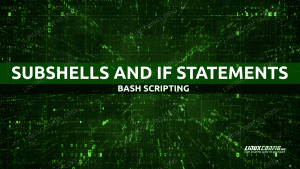 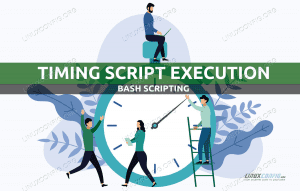 In general, one may use the time Bash utility (see man time for more information) to run a program, and obtain runtime duration and system resource usage summaries. But how can one time particular sections of code, directly from within the Bash source code?

Using some easy variable assignments and calculations, it is possible to achieve accurate timing metrics for Bash script executions. Regular, when writing a command – both easy and complex ones – one will want to access more detailed information about the command and it’s available options. There is a wealth of information available in the Linux manual pages, and this is provided free of charge, and is available with just a few keystrokes. 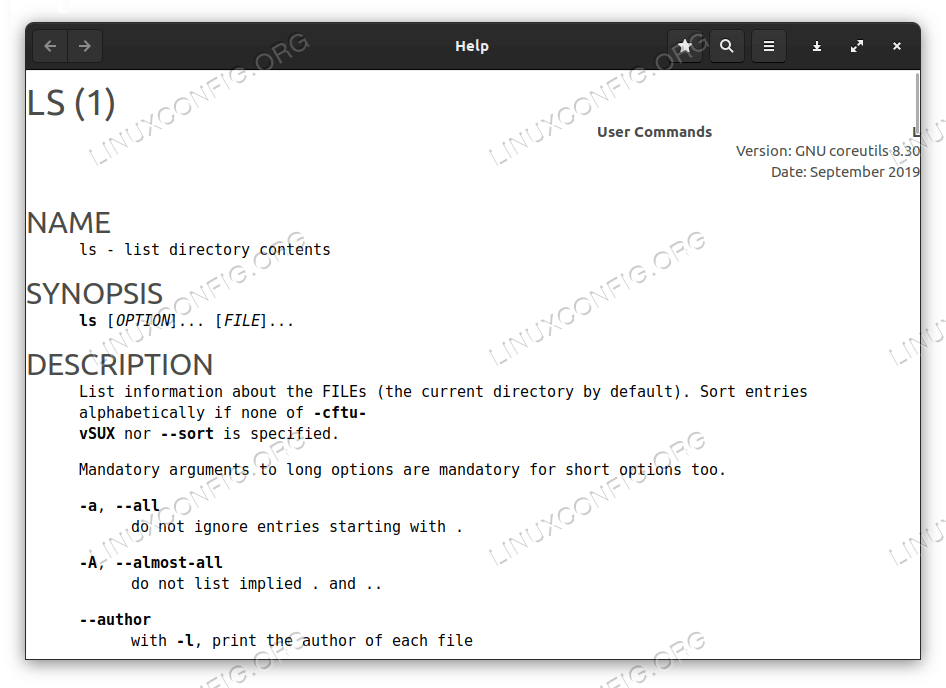 grep is a versatile Linux utility, which can take a few years to master well. Even seasoned Linux engineers may make the mistake of assuming a given input text file will have a certain format. grep can also be used, directly in combination with if based searches to scan for the presence of a string within a given text file. Discover how to correctly grep for text independent of character sets, how to use the -q option to text for string presence, and more! 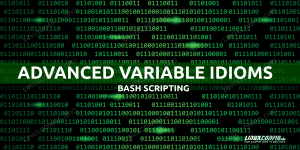 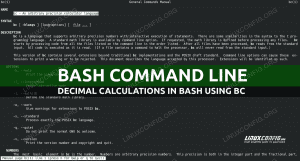 Decimal calculations are sometimes required in Bash. The standard calculation Bash programming idiom ($[]) is unable to provide a decimal output. Whilst we can trick it into calculating (but not generating) a decimal output by multiplying the numbers by for example a factor of 1000 and then doing an text based splitting, this is a ugly workaround and creates complex code. There is however a utility in Bash which can natively do decimal based calculations without any tricks or workarounds! 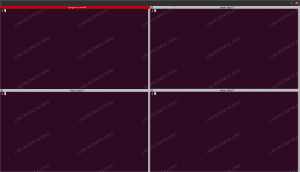 How about if you could have a multi-window terminal where, at will, you could press a key and it would be immediately copied to all (or a selection of) windows? How about if you could fit all terminal windows in one big window, without big and bulky borders loosing “precious” screen real estate? These, and more, are basic features of terminator, the handy Linux terminal utility. 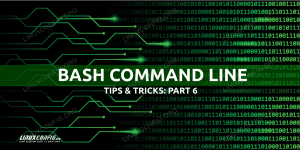 In this article we have a look at obtaining some basic hardware, system and operating system configuration information directly from the command prompt in your terminal. Having this information, and knowing where to find it, often helps when configuring a system, researching optimal hardware and software solutions, and generally being in control of the Linux system you own or manage.

We will focus mostly on every day information, the kind that is required on a regular basis. Going more in-depth often requires a few online searches to first define alignment better, and then often requires additional skills to interpret the results or output shown.

For example, we will not be looking at the output of vmstat, though we will discover how to find out what CPU is in your system without opening the hood. We will also look at some basic resource limit variables and surrounding concerns. The target audience for this article is thus beginner to medium advanced.

This article is part of the Useful Bash Command Line Tips and Tricks Series.

In this series, we discuss various ideas and practical approaches for handling big data, or more specifically handling, transforming, mangling, munging, parsing, wrangling, transforming and manipulating the data at the Linux command line.

This third article in the series will continue explore Bash tools which can help us when processing and manipulating text-based (or in some cases binary) big data. As mentioned in the previous articles, data transformation in general is an semi-endless topic as there are hundreds of tools for each particular text format. Remember that at times using Bash tools may not be the best solution, as an off-the-shelf tool may do a better job. That said, this series is specifically for all those (many) other times when no tool is available to get your data in the format of your choice.

Finally, if you want to learn more about why big data manipulation can be both fun and profitable… please read Part 1 first. 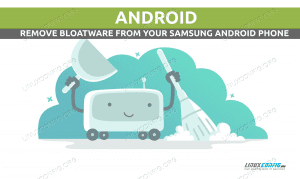 Bloatware is a type of software which is installed by the product vendor (like Samsung) on top of the Android operating system in your mobile phone. But do you need all this extra software? The name clarifies; it makes your mobile bloated. Much of the utilities and services installed on your phone are simply not required, and at times may be annoying or consuming a fair bit of battery. Uninstalling a lot of these may buy you an extra day or two of battery power.

Uninstalling bloatware is made possible via ADB – the Android Debug Bridge, which is included in the stock Android SDK (Software Development Kit) and is available as an easy install on most modern Linux distributions. Setting up ADB and configuring is not the focus of this article, and you can find detailed instructions on how to do so in our How to Use ADB Android Debug Bridge to Manage Your Android Mobile Phone article. 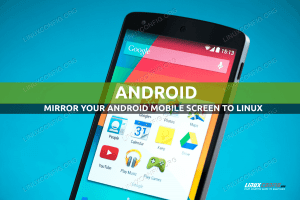 Using a screen of a remote computer is often using VNC (Virtual Network Computing), or other remote desktop solutions. These come in both commercial and open source flavors. But how do you go about mirroring, and using, your Android mobile phone to and from your Linux desktop?

It is all possible via ADB – the Android Debug Bridge, which is included in the stock Android SDK (Software Development Kit) and is available as an easy install on most modern Linux distributions. Setting up ADB and configuring is not the focus of this article, and you can find detailed instructions on how to do so in our How to Use ADB Android Debug Bridge to Manage Your Android Mobile Phone article. 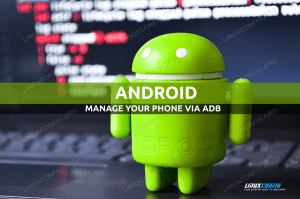 Mobile phones have evolved a lot over recent years, and we have seen several mobile-vs-desktop management solutions like Samsung DeX for Samsung Mobile phones, and only available for Windows 7 and 10 as well as Mac. As a non-Samsung or Linux user, one may feel left out. Not so! In fact, a whole lot more power can be provided by the ADB toolset from the Android developer team! This article will introduce you the same, and we have two followup articles which describe How to Mirror Your Android Mobile Screen to Linux and How to Remove Bloatware From Your Samsung Android Mobile Phone.