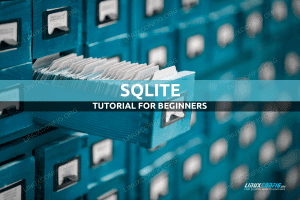 This SQLite Linux tutorial is intended for beginners who wish to learn how to get started with SQLite database. SQLite is one of the world’s most widely-used Database programs. So, what is a Database, and what is SQLite? In part one we introduced you to Linux editors and gave a storm course on vim. It’s now time to dismantle the rumors that we’re subjective and talk about the other side, emacs. In some ways, the two editors are opposite one another, mainly from historical reasons, as you will see. We hope you will enjoy this tour and that we’ll help you make up your mind.

I remember writing somewhere in one of my articles that I won’t under no circumstances reveal what’s my editor/WM/DE/Hollywood actor of choice. Not because I consider myself important, but because I want to avoid any flame material. The true reason for which emacs has an entire article’s space, while vim has only half (or less) is the differences between them, and this is what we’ll talk about right now.

vim, through its’ predecessor, vi, is very much linked to Unix in terms of evolution, just like emacs is with the GNU movement. Here’s a crucial difference that influenced the design of the two editors. When Bill Joy developed vi in 1976, hardware resources were scarce, and every character sent to the terminal mattered. In order to imagine what we’re talking about, imagine that vi version 2.0 was still (almost) too big to fit inside the memory of a PDP-11/70. So this is the reason why vi(m)’s commands are short and perhaps cryptic for a beginner, and maybe that’s why it has its’ well-known simplicity. emacs is a wholly different story. It has over 2000 (yes, two thousand) built-in commands and many critics acuse it for its’ size and overly complex commands. The name stands for “Editing MACroS”, but it’s said that it also has to do with a certain ice cream store in Cambridge, MA. Why Cambridge? Because the man responsible for emacs is none other than Richard Stallman, aka RMS, who was working at MIT at the time. That leads to one conclusion: working at MIT equals Richard had access to more powerful hardware, where characters or buffer space weren’t an issue, at least not in the amount Bill Joy had to deal with. So although the first year of existence is the same – 1976 – access to hardware made a difference. Not the only one, but an important one, for sure.

In the last two articles we have learned how to install and run GNU R on the Linux operating system. The purpose of this article is to provide a quick reference tutorial to GNU R that contains introduction to the main objects of the R programming language . We will learn about basic operations in R, functions and variables. Moreover, we will introduce R data structures, objects and classes.

Let us start with a simple mathematical example. Enter, for instance, addition of seven and three into your R console and press enter, as a result we obtain:

To explain in more detail what just happened and what is the terminology we use when running R, we say that the R interpreter printed an object returned by an expression entered into the R console. We should also mention that R interprets any number as a vector. Therefore, “[1]” near our result means that the index of the first value displayed in the given row is one. This can be further clarified by defining a longer vector using the c() function. For example:

Whether you would like to share your code and data with other people or simply pack up your code in a concise way, the ability of building a custom package in GNU R may come useful to you. In this article we will outline as clearly as possible the process of building a basic package in R. This does not include more advanced knowledge on building R packages. This tutorial, however, will get you started. You may also find How to install and use packages in GNU R of help if you are not familiar with using R packages at all.

Every package consists of a set of functions that are programmed to apply with a common aim. Additionally, a sample data is often provided with the package in R. Let us now propose a simple example. Below we defined four R objects: two functions div() and pow() and two data sets in a form of two vectors data1 and data2.

In this config we will show you a number of examples how to use mcrypt tool to easily encrypt files whether the file is large or small in size. We will also use Mcrypt to encrypt and compress files and directories on the fly which can be usefully for a number of backup and scripting purposes.

Let’s first create a directory with some files we can work with: 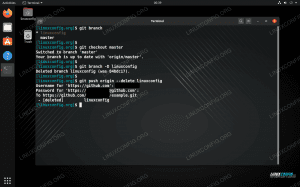 When working with Git, it’s common for projects to contain multiple branches. Over time, these branches may become irrelevant and need deleted. Other times, they change purpose and its necessary to rename the branch.

In this guide, we’ll show you the step by step instructions for deleting Git branches via the command line on a Linux system. We’ll show the process for deleting local branches as well as remote branches in the sections below. 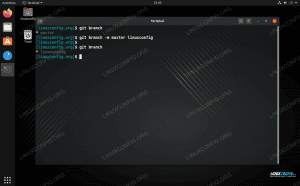 When working with Git, it’s common for projects to contain multiple branches. Sometimes these branches change purpose over time or simply have a naming error, and in such cases it’s necessary to rename the branch.

In this guide, we’ll show you the step by step instructions for renaming Git branches via the command line on a Linux system. We’ll show the process for renaming local branches as well as remote branches and go over what you need to know to ensure a smooth transition.

This tutorial will show how to setup a basing LAMP environment on RHEL7. This guide is logically split into three parts:

Each section will guide you step by step and will also provide simple tests to test each above step.

In this series of article about python and HTTP protocol, we work with HTTP requests and responses. In the first article we explore standard library functions such as urllib.request.urlopen or urllib.request.urlretrieve. In the second part we focus on the external “requests” library, which let us perform complex operations, writing less code.

Anonymous functions allow you to use the behavior of a function without having to create a function. This is especially good when you only need to use a function once or twice. It might sound like an unusual occurrence, but it happens fairly frequently when a function or method takes a function as a parameter.

By definition, an higher order function is a function which, at least, receives one or more other functions as arguments or returns another function as its result. In this tutorial we will focus on standard library functions as filter, map and reduce: we will see when they can be useful and how to use them.

In this config you will learn how to install Raspbian Linux on your Raspberry Pi computer. Here is a what do you need checklist:

Next, install wget and bzip2 packages on your system: