Alias command  is an extremely useful tool. You’ve probably noticed that, in the Linux command line, you have to do a lot of typing. And sometimes, this can pose some problems as it is very easy to make mistakes while typing. A very common typo that many users make in the Linux command line terminal is sl instead of ls. This can be quite annoying as you will have to retype the entire command. Linux is designed to be fast, convenient, and efficient, so when things don’t exactly play out that way, it can result in a decent amount of frustration.

So, to prevent you from dealing with any of that, you can use the alias command in Linux. The most common application of this command is to replace typos with the desired command or to add more options to a commands. So, you can just focus on typing as quickly as possible without worrying as much about minor typos or adding the same options to commands every time you execute them.

In this tutorial, you’ll learn how to use the alias command in Linux through examples. Follow along below to learn about the various options that you can use with this command. 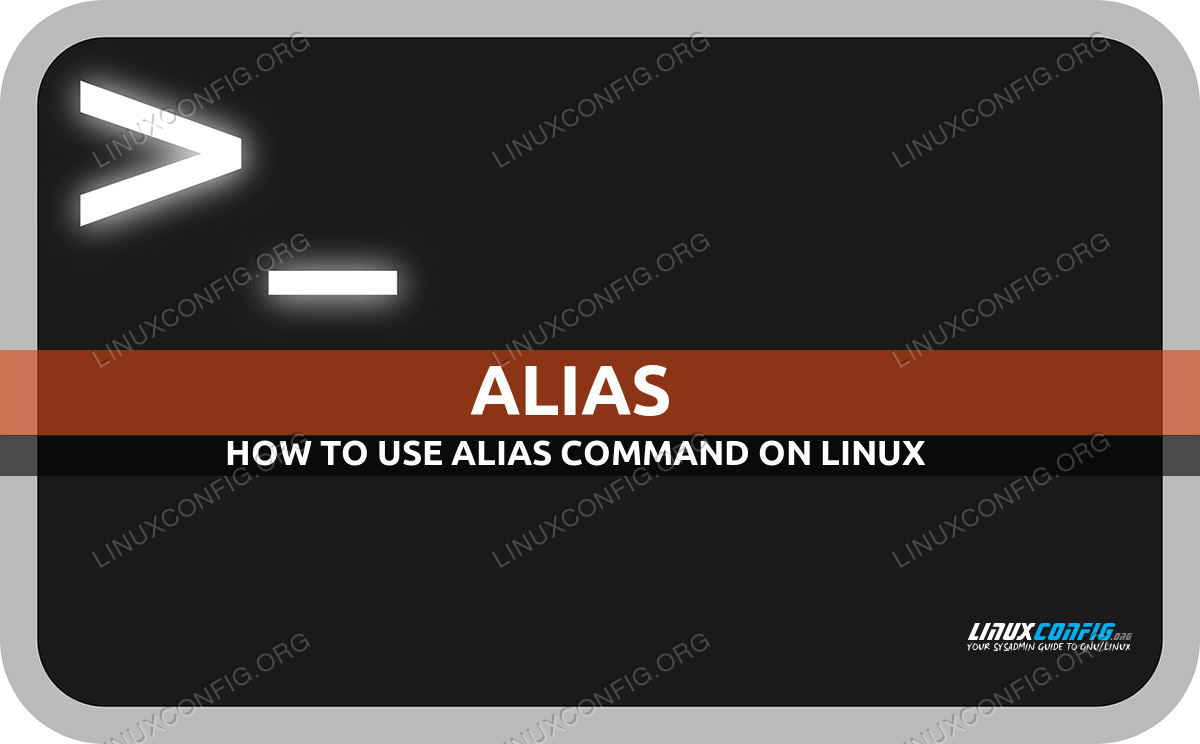 The alias command replaces specified words with another word that you can use to add default options to a command or correct typos on your shell command line. Unlike most basic Linux commands, the alias command does not come with a lot of options. But there are a couple that is very much worth committing to memory. We’ll cover all of them below in the examples section of this article.

NOTE
You can always use the man command to read more about the alias command and its official documentation. Click the previous link to see how to open the manual pages for any command on a Linux system.

In this tutorial, we learned all about the alias command which is beneficial to master for general users and system administrators that frequently use the Linux command line terminal.

Remember that using the alias command for correcting typos was an example of only one of the possible usages of this command. You can use the alias command to replace any word with another word of your choosing, or add additional options to any default command.