Ready to get started? Dive in and learn to use regexps like a pro! 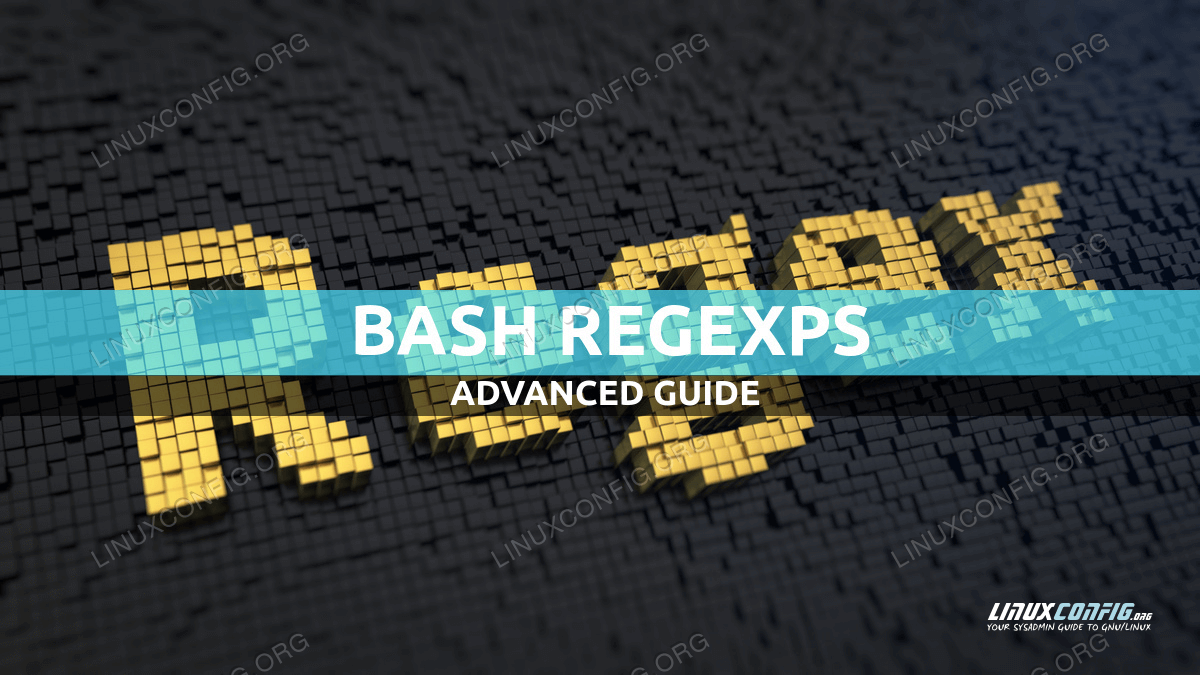 As you can see, in our first example we used \+ to qualify the a-c range (replaced globally due to the g qualifier) as requiring one or more occurrences. Note that the syntax, specifically, is \+. However, when we changed this \+ to +, the command yielded a completely different output. This is because the + is not interpreted as a standard plus character, and not as a regex command.

This was subsequently proved by the third command in which a literal +, as well as the e before it, was captured by the regular expression [a-e]+, and transformed into _.

Looking back that the first command, we can now see how the \+ was interpreted as a non-literal regular expression +, to be processed by sed.

Finally, in the last command we tell sed that we specifically want to use extended syntax by using the -E extended syntax option to sed. Note that the term extended gives us a clue as to what happens in the background; the regular expression syntax is expanded to enable various regex commands, like in this case +.

Once the -E is used, even though we still use + and not \+, sed correctly interprets the + as being a regular expression instruction.

This also highlights the need to always test regular expressions extensively, given a variety of possible inputs, even ones that you do not expect.

For this example, and the subsequent ones, we’ve prepared a textual file. If you want to practice along, you can use the following commands to create this file for yourself:

Let’s now look at our first example of string modifications: we would like the second column (ABCDEFG) to come before the first one (abcdefghijklmnopqrstuvwxyz).

As a start, we make this fictional attempt:

Let us use the extended regular expression format for this, as it easier to parse visually.

Here we are using the sed substitute command (s at the start of the command), followed by a search (first |...| part) and replace (second |...| part) section.

In the search section, we have two selection groups, each surrounded and limited by ( and ), namely ([a-o]+) and ([A-Z]+). These selection groups, in the order they are given, will be looked for while searching the strings. Note that in between the selection group, we have a .* regular expression, which basically means any character, 0 or more times. This will match our space in between abcdefghijklmnopqrstuvwxyz and ABCDEFG in the input file, and potentially more.

While this may sound easy, the result at hand (G abcdefghijklmno 0123456789) may not be immediately clear. How did we loose ABCDEF for example? We also lost pqrstuvwxyz – did you notice?

What happened is this; our first selection group captured the text abcdefghijklmno. Then, given the .* (any character, 0 or more times) all characters were matched – and this important; to the maximum extent – until we find the next applicable matching regular expression, if any. Then, finally, we matched any letter out of the A-Z range, and this one more times.

Are you starting to see why we lost ABCDEF and pqrstuvwxyz? While it is by no means self-evident, the .* kept matching characters until the last A-Z was matched, which would be G in the ABCDEFG string.

Even though we specified one or more (through the use of +) characters to be matched, this particular regular expression was correctly interpreted by sed from left to right, and sed only stopped with the matching any character (.*) when it could no longer fulfill the premise that there would be at least one uppercase A-Z character upcoming.

In total, pqrstuvwxyz ABCDEF was replaced by .* instead of just the space as one would read this regular expression in a more natural, but incorrect, reading. And, because we are not capturing whatever was selected by .*, this selection was simply dropped from the output.

Note also that any parts not matched by the search section are simply copied to the output: sed will only act on whatever the regular expression (or text match) finds.

Example 3: Selecting all that is not

The previous example also leads us to another interesting method, which you will likely use a fair bit if you write regular expressions regularly, and that is selecting text by means of matching all that is not. Sounds like a fun thing to say, but not clear what it means? Let’s look at an example:

Whilst this looks relatively easy, you will soon realize the power of writing regular expressions in this manner. Think back for example about our last example, in which we suddenly has a large part of the text matched in a somewhat unexpected manner. This could be avoided by slightly changing our regular expression from the previous example, as follows:

Not perfect yet, but better already; at least we were able to preserve ABCDEF part. All we did was change .* to [^A]+. In other words, keep looking for characters, at least one, except for A. Once A is found that part of the regular expression parsing stops. A itself will also not be included in the match.

Example 4: Going back to our original requirement

Can we do better and indeed swap the first and second columns correctly?

Yes, but not by keeping the regular expression as-is. After all, it is doing what we requested it to do; match all characters from a-o using the first search group (and output later at the end of the string), and then discard any character until sed reaches A. We could make a final resolution of the issue – remember we wanted only the space to be matched – by extending/changing the a-o to a-z, or by simply adding another search group, and matching the space literally:

Can we simplify it? Yes. And this should highlight how one can easily over-complicate regular expression scripts.

Both solutions achieve the original requirement, using different tools, a much simplified regex for the sed command, and without bugs, at least for the provided input strings. Can this easily go wrong?

Yes. All we did was add an additional space in the input, and using the same regular expression our output is now completely incorrect; the second and third columns were swapped instead of the fist two. Again the need to test regular expressions in-depth and with varied inputs is highlighted. The difference in output is simply because the no-space space no-space pattern could only be matched by the latter part of the input string due to the double space.

Sometimes, an operating system level setting, like for example using color output for directory listings or not (which may be set by default!), will cause command line scripts to behave erratically. Whilst not a direct fault of regular expressions by any means, it is a gotcha which one can run into more easily when using regular expressions. Let’s look at an example:

In this example, we have a directory (test2) and a file (test1), both being listed by the original ls -d command. Then we search for all files with a file name pattern of t*2, and remove the 2 from the filename using sed. The result is the text test. It looks like we can use this output test immediately for another command, and we sent it via xargs to the ls command, expecting the ls command to list the file test1.

However, this does not happen, and instead we get a very complex-to-humanly-parse output back. The reason is simple: the original directory was listed in a dark blue color, and this color, is defined as a series of color codes. When you see this for the first time, the output is hard to understand. The solution however is simple;

We made the ls command output the listing without using any color. This completely fixes the issue at hand, and shows us how we can keep in the back of our minds the need to avoid small, but significant, OS specific settings & gotchas, which may break our regular expression work when executed in different environments, on different hardware, or on different operating systems.

Ready to explore further on your own? Let’s look at some of the more common regular expressions available in Bash:

Enjoy writing advanced regular expressions, and leave us a comment below with your coolest examples!