The “bleeding edge” is a term used to describe brand new software that’s not guaranteed to be stable. It remains largely untested, but comprises all the latest features that will be deployed to the masses after further experimenting. Kali Linux, by virtue of being based on Debian’s testing branch, already sits pretty close to the edge.

You can configure your Kali system to download even newer software packages by adding Kali’s bleeding edge repo to APT package manager. This is ideal for users that want access to the newest software and features and don’t need their system to be ultra stable.

In this guide, we’ll show you the step by step instructions for configuring the bleeding edge repo on Kali Linux, as well as the Debian unstable and experimental repositories. 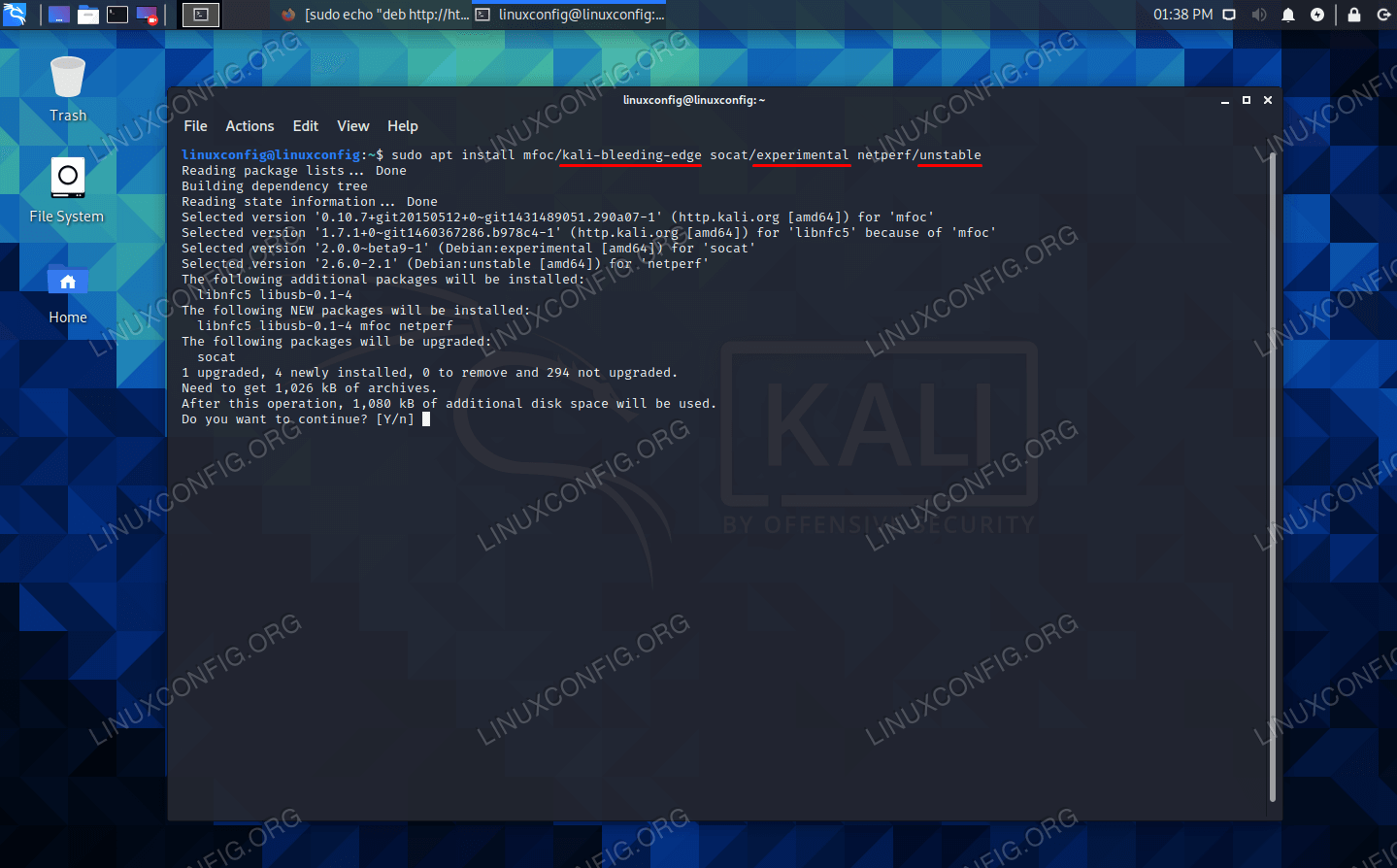 Installing packages from the bleeding edge, unstable, and experimental repos on Kali

The bleeding edge repo contains a lot of software that can change on a daily basis. Don’t be surprised if you have a package break every once in a while, which is bound to happen with so many untested changes being pushed all the time.

To install a specific package from the bleeding edge, you need to append the repo name at the end of a package, like in the following example.

If you experience problems with a package from the bleeding edge, it’s easy enough to roll back to a more stable version. The default Kali repo is called “kali-rolling,” so just append that name to the package and it will install the older, more stable version of it.

Kali also has access to Debian’s unstable and experimental repos. Debian Unstable contains packages that have not yet made their way into Debian Testing (on which Kali Linux is based). Kali’s bleeding edge repo is more for Kali-specific packages, whereas Debian Unstable will contain packages for Debian.

To get even closer to the edge, you could also use Debian’s experimental repo. This contains the newest features, but also has a high probability of being buggy and underdeveloped.

Use the commands below if you’d like to add either of these repos to your system.

As in the examples above, you need to specify the repo from which a package should be installed.

In this guide, we saw how to configure a Kali system to use the bleeding edge repo, as well as Debian’s unstable and experimental repos. This is a great feature for users that wish to have the latest versions of various software packages. APT makes it easy to install the desired version or to roll back in case you encounter an issue with a package.