Docker’s popularity skyrocketed since it’s introduction in 2013. Companies and individuals now use or are planning to use it whether on premises or in the cloud. Docker’s flexibility appeals to developers, system administrators, and management.

This article shows how to get started with Docker, showing basic commands to get you into the container’s bandwagon.

The advantages are that guests (called containers) do not have to pack an entire operating system, what makes them lightweight – small in size and very fast to boot. Besides, by interfacing directly with the host operating system, Docker containers do not incur in performance penalties of traditional virtualization, which requires the translation of system calls between guest and host operating systems through drivers that abstract a virtual hardware.

The disadvantages are that it’s not possible to host a Windows guest on a Linux host, for example, and that all guests share resources (CPU, RAM, and disk) on the host, which means that a misbehaved container may bring the entire server down. It’s certain that Docker does not intend to replace traditional virtualization, which still has many valid scenarios. It just provides another way of obtaining application isolation while reducing libraries dependencies, without losing performance.

Docker allows you to launch containers, which are running instances of images. An image contains the disk with all libraries dependencies required to execute an application, while a container contains the context of execution. There can be multiple containers of the same image executing at the same time, each separated from the others.

There is a recommendation that a Docker container executes one application only, which frequently is misinterpreted to “running only one process”. There’s no problem to run more than one process in a container, as long as they belong to the same application. A complex application may, however, require the execution of multiple containers, like, for example, one for the webserver (Apache, Nginx), one for the application (php-fpm), and one for the database (MySQL, PostgreSQL, MongoDB). Those containers may execute in the same or in different hosts. Containers in the same host communicate through a virtual network managed by Docker.

Docker images are retrieved from a repository named registry and are cached locally. If a registry isn’t specified, docker will try to find the image at the default repository, called the Docker Hub. The Docker Hub contains an enormous quantity of images ready to be used provided by companies and individuals — and you can publish your images too. Besides, there’s also the Docker Store, where companies can professionally offer curated images of their software. It’s recommended you spend some time browsing and learning how those repositories work.

In Ubuntu Bionic Beaver 18.04, having Docker installed is straightforward.

If you are running Debian testing or unstable, the command above will also work. For Debian stable (Stretch), visit our Docker engine on Debian 9 Stretch Linux installation guide.

In Fedora 28 it’s also ready to be installed with one dnf command.

Once it’s installed, you can check Docker service is running.

If it’s not, then start it.

Once the service is running, you can check if there are any running containers.

If you don’t want to type sudo to interact with docker service, just add your user to docker group. You need to login again to make the change take effect.

After login, check you are in docker group

Now you don’t need sudo to interact with the docker engine.

The command is really simple, but many things happened. First, the docker engine realized the requested image wasn’t in the local cache ( Line 2 ). Then the image is pulled from the docker registry and stored locally ( Line 3 ). Finally, a container is created, executed ( Line 8 ) and terminated. If you try again, you’ll notice the execution is much faster since both, image and container, are cached. Now check the images stored locally.

Notice that the hello-world image is minimal, with just 1.84 KB of size. This illustrates that much of the host operating system is used and that the image only contains the application dependencies.

You can remove this image.

Now let’s do something more ambitious: pull and Apache webserver image and run a container.

Then you run a container from this image.

In it’s simplest form, the command would be docker run httpd, but the container would be stopped right after Apache was running, and no port would be exposed. The -d (detach) option is needed so that the container stays running in background.

The -p 8000:80 option is mapping port 80 of the container to port 8000 in the host, making the webserver available in the network. By default, container ports are not exposed to the host. Now, you can point a web browser to http://localhost:8000 and see the Apache test page. Ok, but how to change the webpage? We need to link a folder from the host into the container /usr/local/apache2/htdocs/ directory (we’ll see later that the Apache image is built from a Debian Jessy, regardless of the linux flavor of your host). Stop the container and run it again.

We created an index.html file in the current directory in the host and mapped this directory inside the htdocs directory of the container with the -v switch. Now refresh the web browser. Now the topping: experiment editing the index.html file in the host and refresh the web browser, without changing the state of the container. Yes, whenever a file is edited, or a new file is added to the current directory, it is made available inside the container because of the -v mapping.

Create another file and access it in the browser. 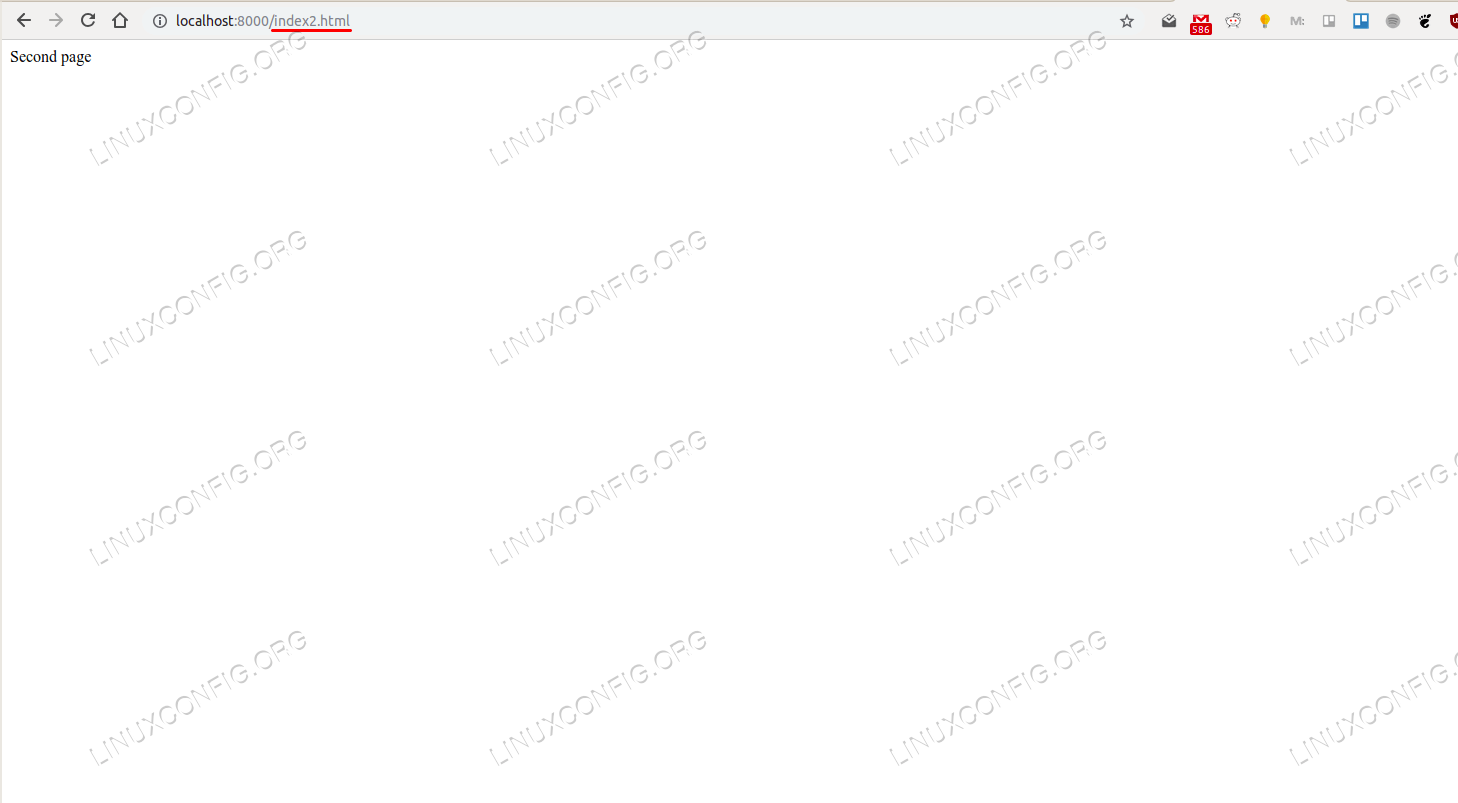 When you are done, stop the container execution.

Notice that now you have a webserver ready to be executed whenever you need it, and you didn’t touch any configuration file in your operating system. It’s all encapsulated in the Apache image that is cached by docker. Moreover, you can download the image and start a container on any other computer.

This article introduced the main Docker concepts and some basic commands. I hope you understand the benefits and see that, once the concepts are understood, it’s not complicated to use Docker. Future articles will present other features and use cases.

More in this Docker article series