Did you know you could install a desktop environment with a single command?

So have fun and experiment with different desktop environments to find the one that suits you most. Follow the links and navigate to our desktop installation articles to see more screenshots of the Ubuntu desktop that interests you the most.

GNOME 3 desktop is a default Ubuntu 18.04 desktop so it comes with the installation of your operating system. GNOME project points out various features of this desktop such as, for example, simplicity of use:

A press of a button is all it takes to view your open windows, launch applications or check if you have new messages. Having everything in one place is convenient and means that you don’t have to learn your way around a maze of different technologies.

GNOME 3 offers a focused working environment, which makes you more productive. It is designed with attention to detail and recommended for users that store documents using online services. It integrates very well with online accounts so you can access your data from one place. 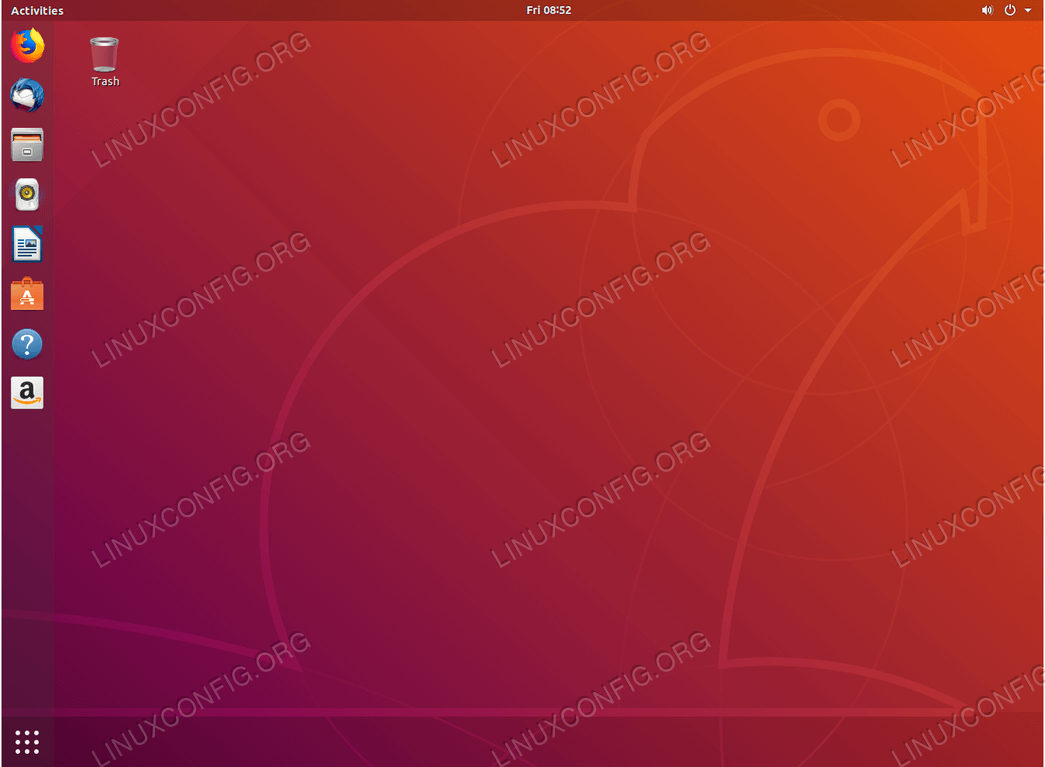 KDE Plasma desktop is a widget-based environment which makes it very flexible. You can move, add or remove anything you like to make your experience as good as possible.

Plasma is fast and efficient. It uses only few resources and is full of well designed features. 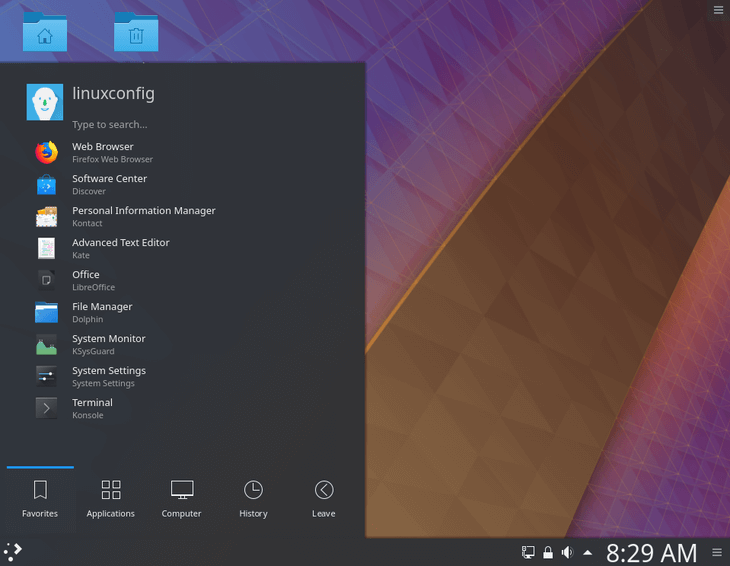 The MATE Desktop Environment is based on GNOME 2 and preserves its traditional metaphor. It features an intuitive, comfortable to use and attractive desktop environment. This desktop is the first choice for many users that liked GNOME 2. 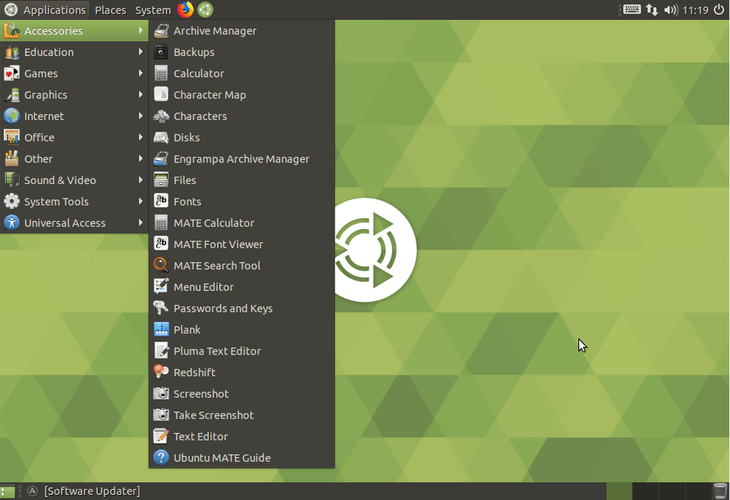 Budgie is a desktop environment that is based on GNOME. It’s design is modern, it focuses on efficiency, simplicity and elegance. The usability is also emphasized in Budgie, which makes the desktop seem familiar and intuitive.

It in many ways resembles a desktop of a mobile operating system such as Android but at the same time looks a lot like GNOME. It is not overly configurable and is not recommended for handling of virtual desktops. 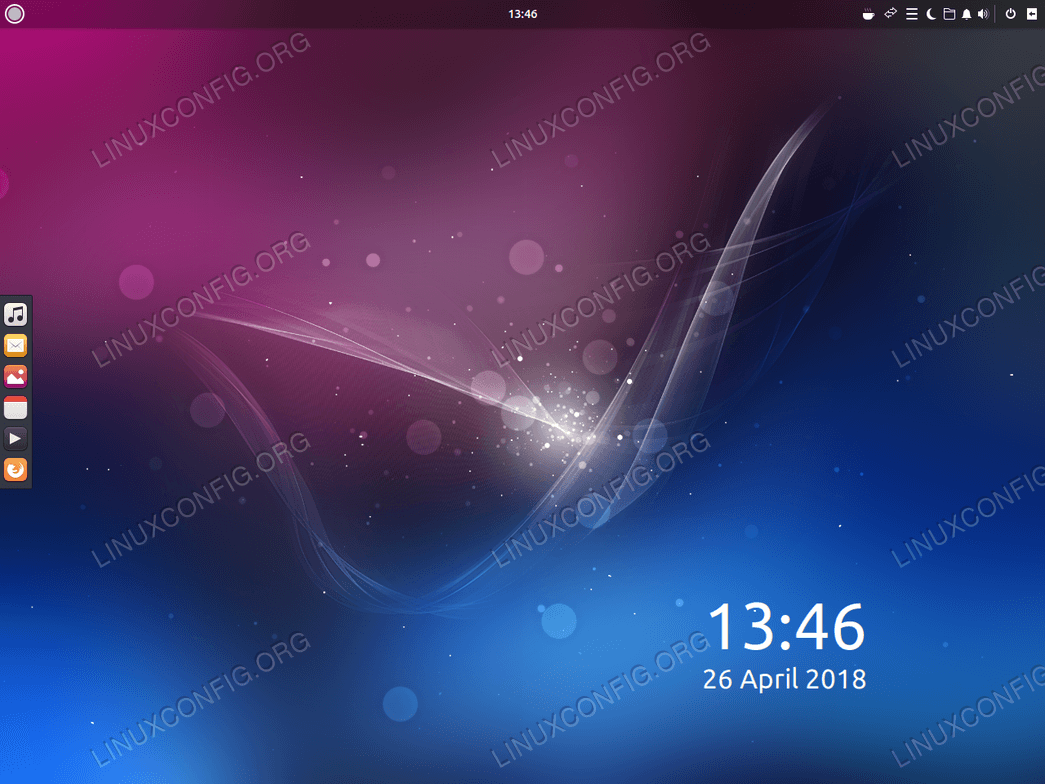 Xfce’s main feature is that it is a lightweight desktop environment. Therefore, it offers stable, fast operation by being low on system resources. At the same time it is still visually appealing, configurable and user friendly. 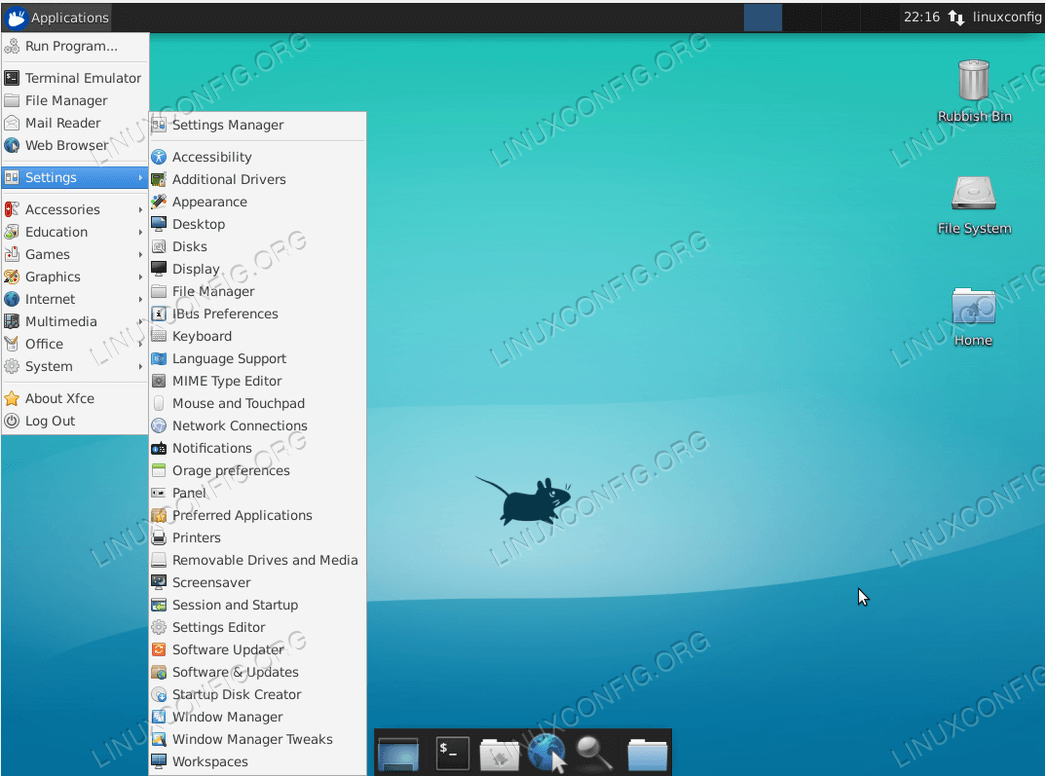 Xfce Desktop on Ubuntu 18.04
You can read our install guide by following the link:

It is designed for users who want the most out of their computers. It has rather modern look and offers efficiency for daily use. 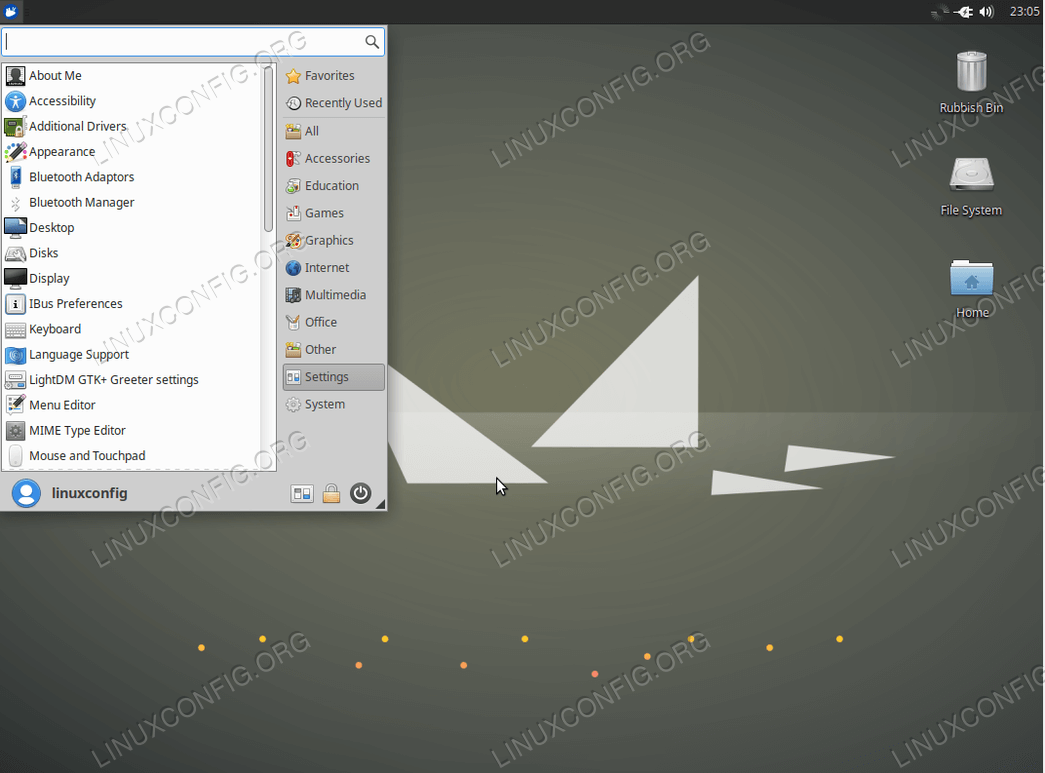 Cinnamon desktop is another fork of the GNOME desktop.

Cinnamon is used primarily with the Linux Mint distribution but it is also suitable for Ubuntu 18.04 and other Linux distributions.

Cinnamon has a rather conservative design and is similar to Xfce and GNOME 2. It is uncomplicated to learn and from this reason might be a good choice for someone who is new to Linux. 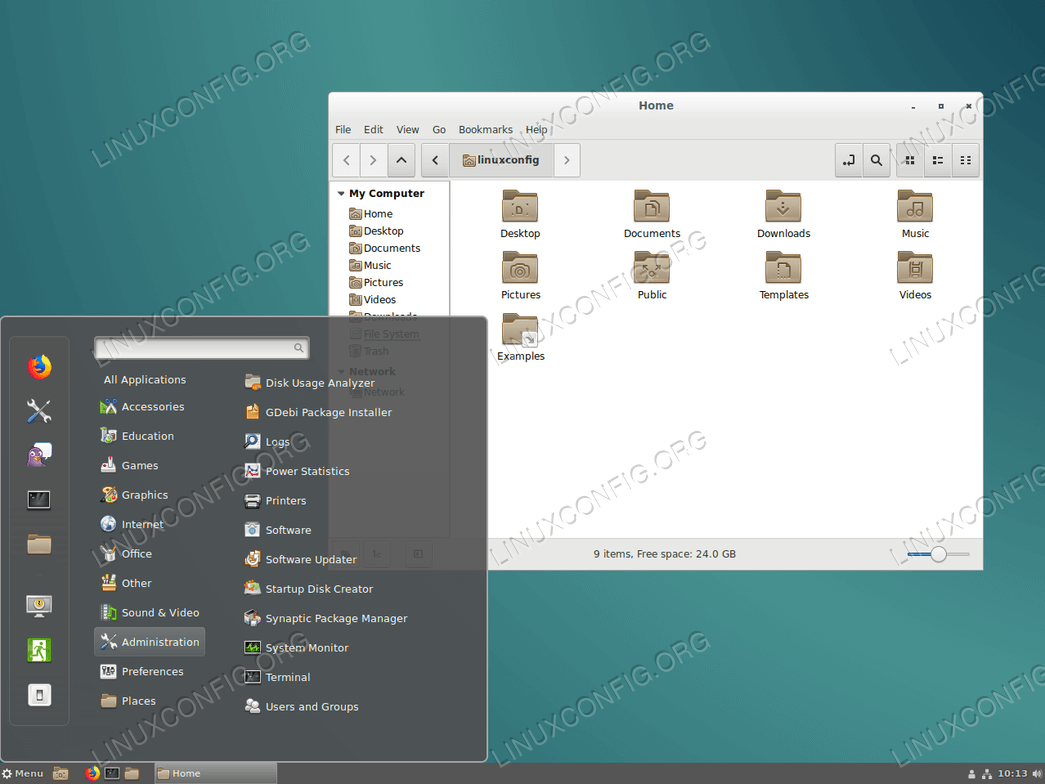 Cinnamon graphical user interface on Ubuntu 18.04
To read our install guide navigate to How to install Cinnamon desktop on Ubuntu 18.04 Bionic Beaver Linux:

Unity was originally developed by Canonical Ltd. for Ubuntu and it was designed to make better use of limited size screens such as netbooks. It features a vertical application switcher called the launcher and a horizontal top menu bar which saves a lot of space.

Unity was, however, abandoned in favor of GNOME 3, which is now the default desktop environment in Ubuntu 18.04 LTS. Some users that are used to Unity might be, therefore, interested in how to switch from GNOME to Unity in Ubuntu 18.04. 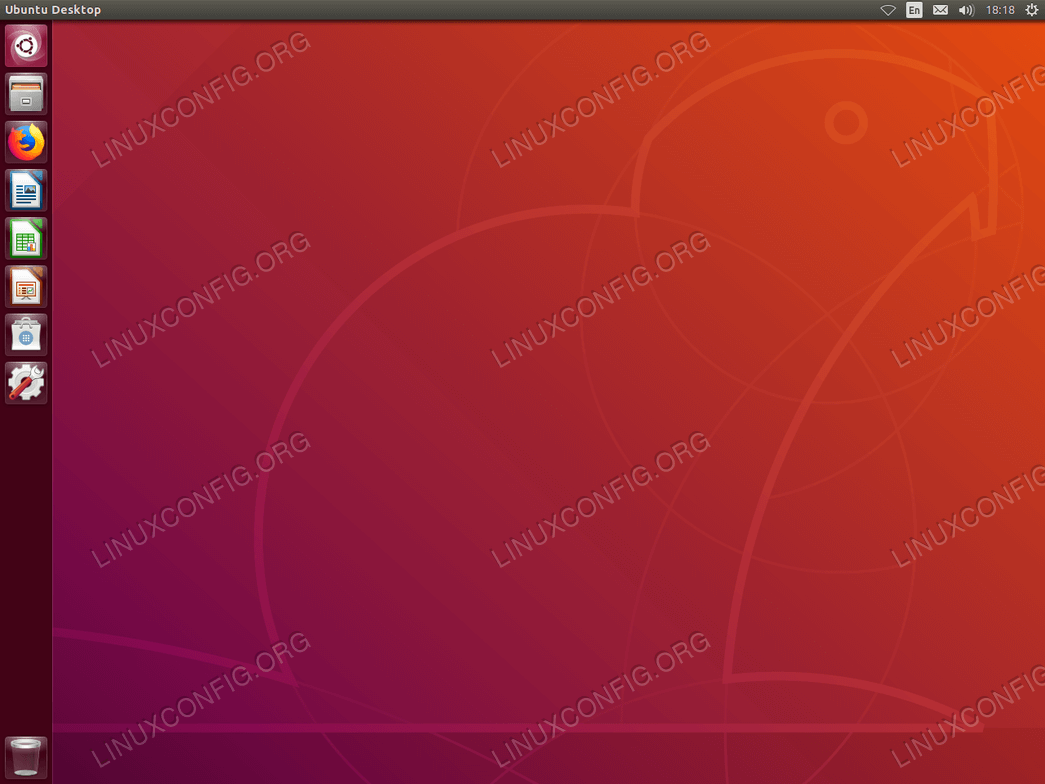